It’s been another busy week, with working away from home, a school open day and a trip to the doctor’s for my son all eating into my regular morning routine. The evening routine has been as manic as ever. I don’t think it’s ever going to ease up!

Day 283 – Sunday 9th October – I didn’t go to watch my son play football because my daughter didn’t want to (she never really wants to, but we always make her go!). It turns out this makes Sunday really long and boring. Here’s a photo of some autumn leaves. It still seems like it’s only really the horse chestnut trees which have turned. 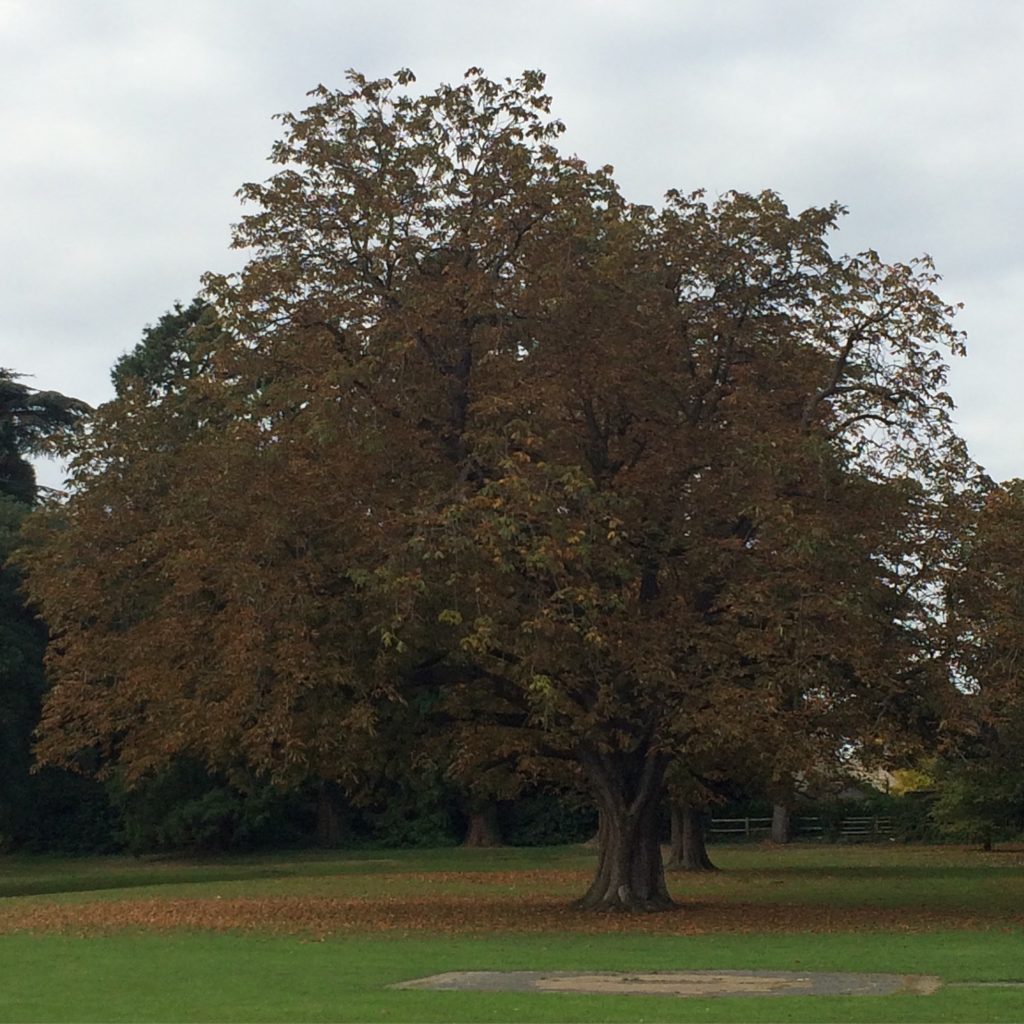 Day 284 – Monday 10th October – does anyone else do this when they’re busy? When I don’t have time to put things away, I just dump them on my bed. This was a particularly bad day! 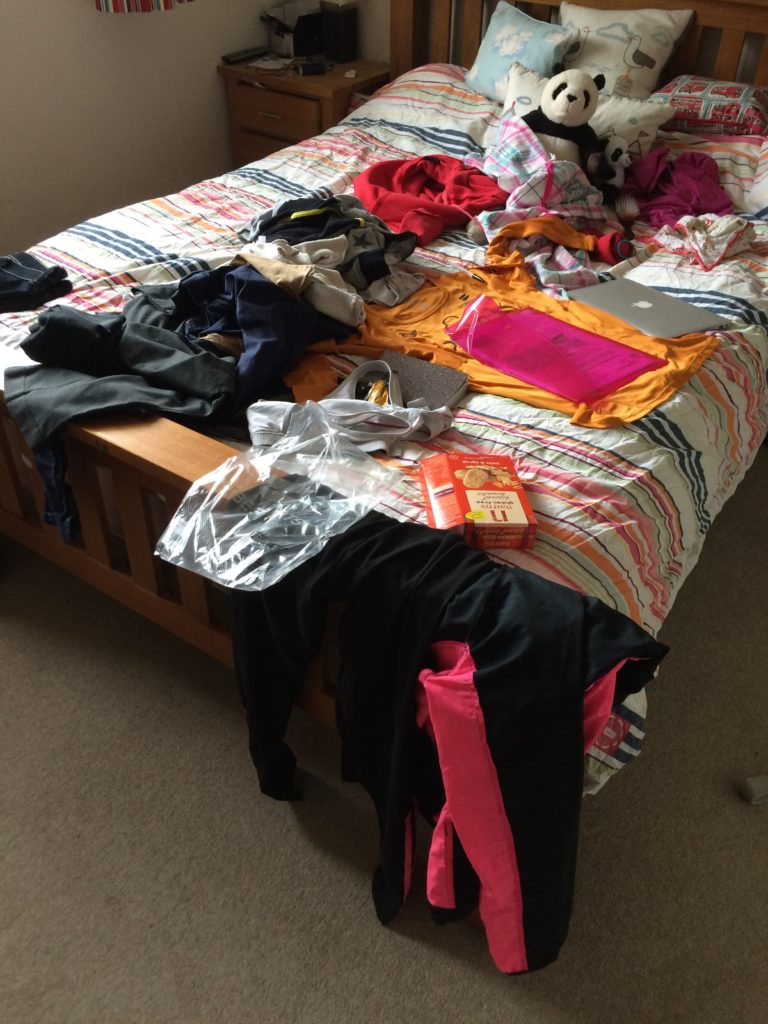 Day 285 – Tuesday 11th October – up early to catch a train to Doncaster for a rare day working outside the house. 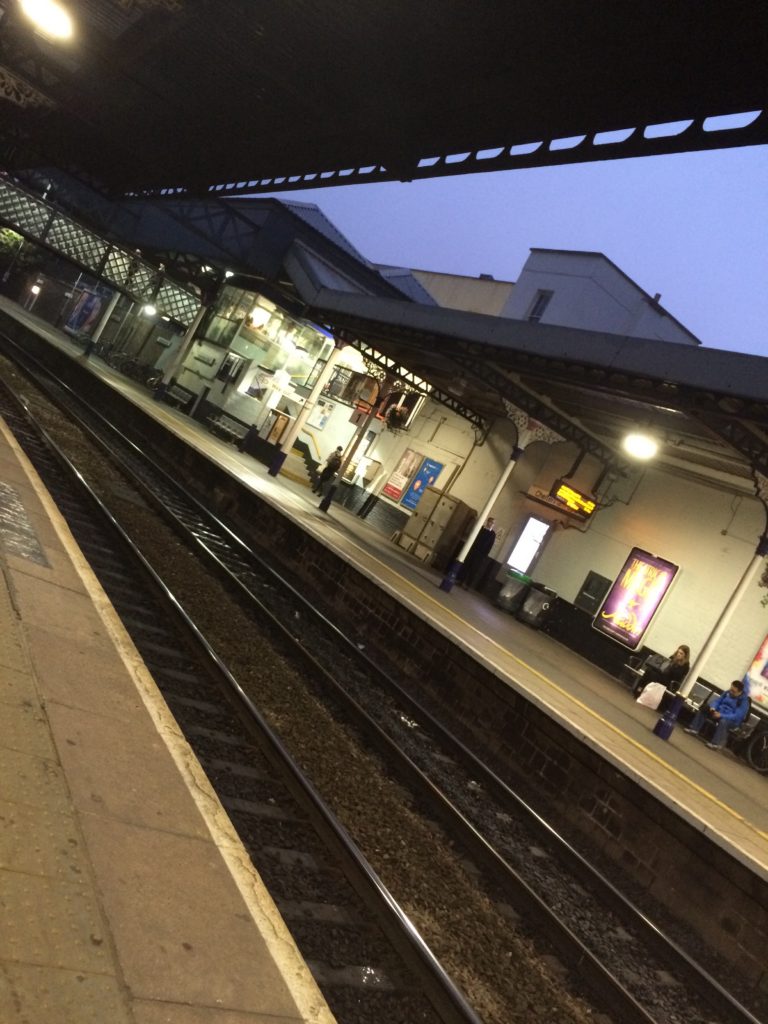 Day 286 – Wednesday 12th October – we went to look round my daughter’s second choice girls’ grammar school in the morning and I was reminded again that it’s quite difficult to get to! I know she will be very happy there though. I went for a walk later and saw the rainbow before I felt the rain! 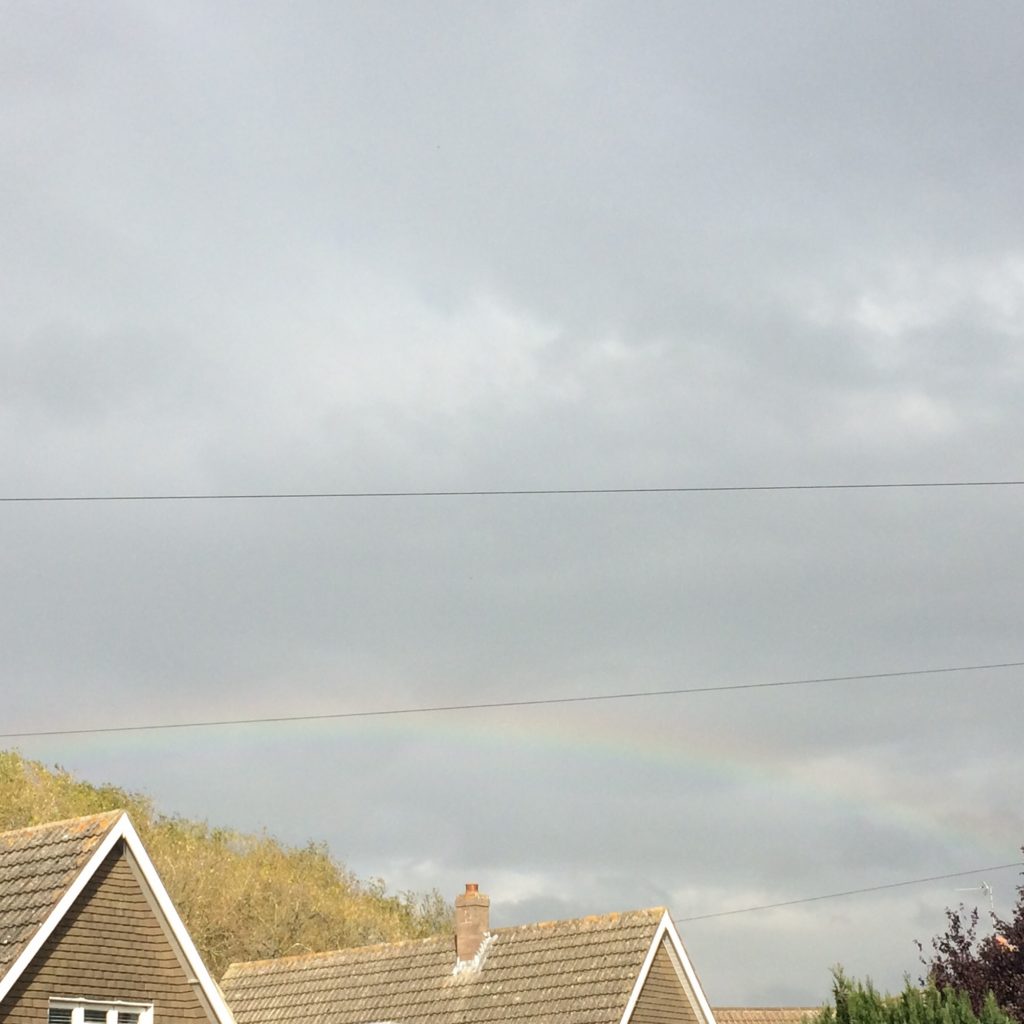 Day 287 – Thursday 13th October – I took my eldest for blood tests in the morning, because it looks almost certain he will be going on Roaccutane. My official Cheltenham half marathon race photo arrived in the post. It’s not the most attractive photo ever, but I like that it shows a determined, strong woman. 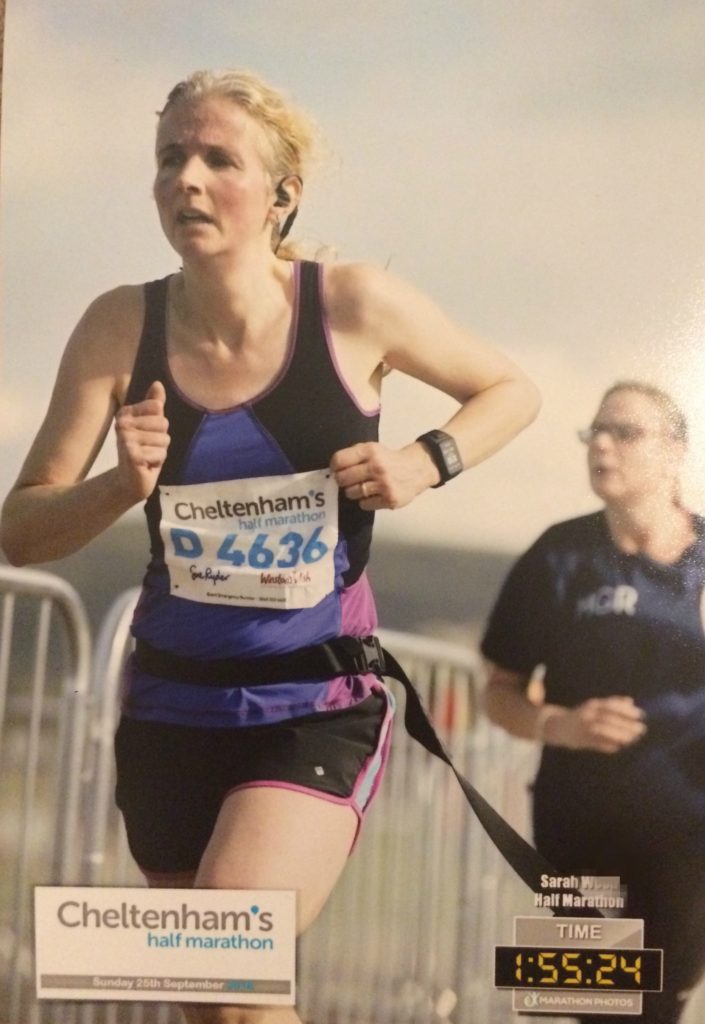 Day 288 – Friday 14th October – I went to watch my daughter in her ballet school’s choreography concert and she made me a very proud mummy indeed! 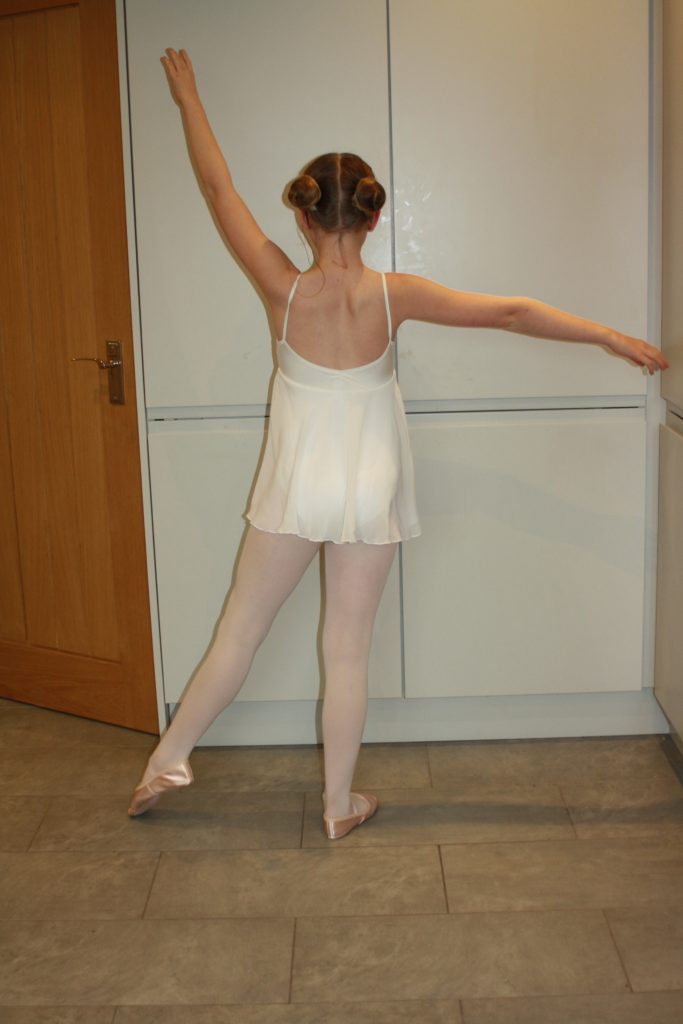 Day 289 – Saturday 15th October – today was my younger son’s day. He had a rugby match in the morning, followed by his early birthday party, playing football with his friends. 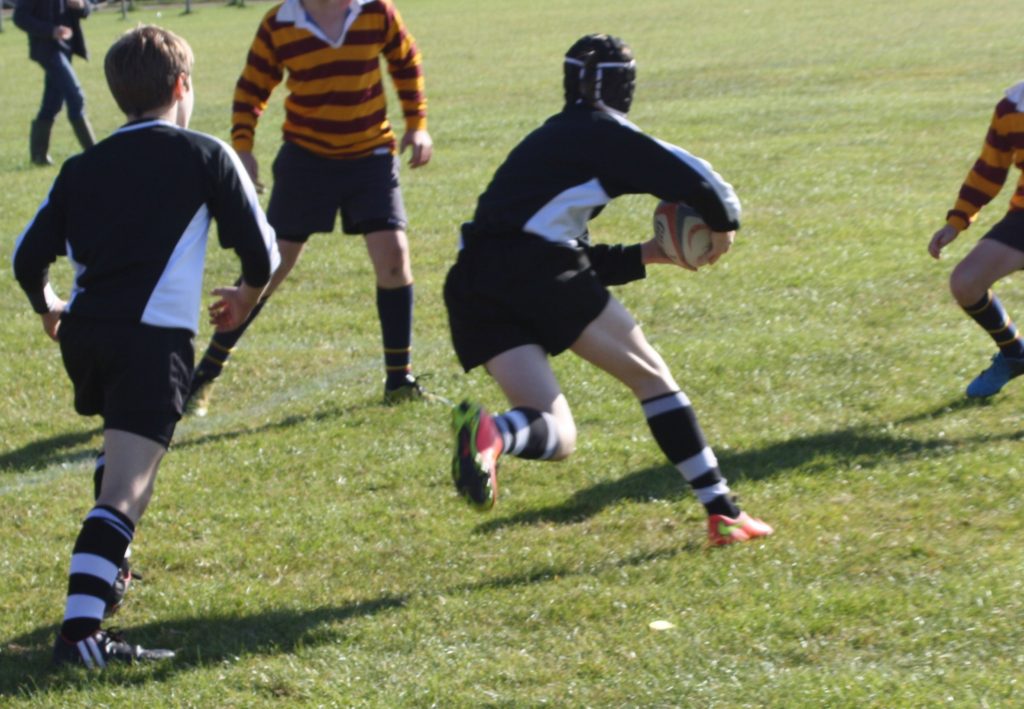