It’s just a few weeks until my daughter sits her grammar school entrance exam/ 11+/ whatever you want to call it. I suspect I’ve written about it less than I did for my son, who sat it two years ago.

It’s no less important than it was for my son but, like many things in the parenting journey, there’s an element of having been there before, so it doesn’t feel like I need to write about it so much. But of course every time is different and every child is different.

My son is highly intelligent and always has been. I knew how clever he was from the age 0f 18 months and he has never once proved me wrong.

I guess I underestimated my daughter for a long time. Because she’s very clever too. Not the sort of off-the-scale intelligence of her brother, but still top-of-the-class clever.

I would like nothing more than for my daughter to go there too. It’s not just the academic side, it’s the sport, the drama, the music… I know she would fit right in. She is determined, hard working and competitive. She has just the right personality for grammar school.

I try not to get my hopes up, but I really can’t imagine her anywhere other than grammar school. (And, yes, I do know she could do very well and thrive at a comprehensive. But I also know I have a son at a comprehensive and he isn’t thriving.)

We visited a couple of girls’ grammar schools earlier this year and really liked them, one in particular. The other didn’t appeal to us quite as much and was also a bit of a trek. Yes, of course we can get her there if we have to, but we’d rather not. It’s not easy juggling three kids and three different schools. If I’m honest, my mind keeps drifting back to her being at her brother’s school. That’s where I see her. But I know it’s a long shot.

What she lacks in natural ability, she makes up for in her hard work. She’s been working hard towards the test. We haven’t pushed her and we haven’t put pressure on her. She said herself she wants to go to grammar school and she’d rather work in the summer holidays and get there, than not bother trying and miss out. Because you can be sure plenty of other kids are working towards it over the summer.  She wants to stay in the game. 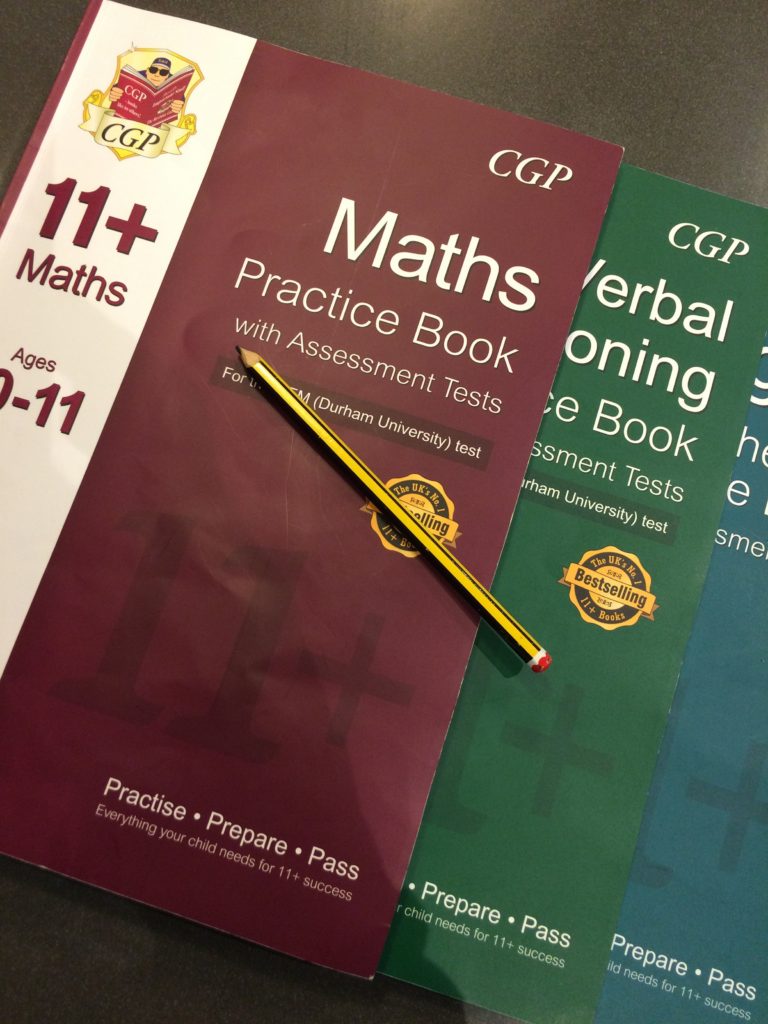 You know the national curriculum that everyone is always moaning about it? The SATS that people with degrees can’t do? Well, I have a complaint about it all too. It’s not flipping hard enough! Now the curriculum requires kids to reach a certain level and not go beyond it. There’s no capacity in the national curriculum for challenging more able kids. There is a big gap between what they learn in school and the skills they need to pass a grammar school entrance exam. Sadly, this means the odds are stacked against state school kids. She has the ability to be there, but has she actually learned enough to get through the test?

She’s not great at every aspect of maths and her English comprehension isn’t brilliant either, but she’s pretty good at the rest of it.

When her tutor told me recently her maths wasn’t good enough, but her English might ‘pull her through’ I had to lower my expectations from the prize of my son’s grammar school to hoping she would scrape through to our third choice school.

But a few weeks later, the tutor said she would ‘eat her hat’ if my daughter didn’t end up at the same school as her brother.

I don’t know where she will end up, but I do know she’s working hard and she has the skills and attitude for grammar school. I also know the end is in sight. The test will soon be a thing of the past and we really can’t wait!