Regular readers will know I’m a huge fan of sorting school uniform out early – right  at the start of the school holidays, or possibly even earlier. But I do leave one thing until late – the school shoes. Because kids’ feet tend to grow in the summer and six weeks can make a real difference.

This year I left it even later than usual, but I was feeling pretty smug. Because I’d MADE AN APPOINTMENT. Go me!

It’s so simple, everyone can do it, but not many people seem to know about it. You just go on the Clarks website and book it. Then, when hundreds of stressed-out people are crammed into a small space, tripping over each other, with little kids crying everywhere, you just walk in all smug and say ‘I’ve got a 3 o’clock appointment’.

OK, so it wasn’t that easy to find a seat. There were people being measured on the floor. And, despite the fact that we had no wait whatsoever and they are 15, 12 and 10, my kids immediately started to argue. Why? Why do they always do that?

I knew my eldest wouldn’t be able to get shoes, because Clarks ‘only’ do school shoes up to a 10. And he’s over a 10. But I thought he could get them measured, just so I knew what size he actually was. But their equipment literally doesn’t measure above a 10.

‘You’ll have to get measured downstairs in the men’s department.’

So then it was my daughter’s turn.

Her feet hadn’t grown. And, to her credit, she didn’t make a fuss. This is a first, because my daughter really, really likes new shoes. Even school shoes. And she always gets upset when her feet haven’t grown.

And then the big one. Well, the wide one. My younger son.

His shoes have given me a headache since his very first pair.

Because his feet are very, very wide.

The only shoes they do in an H are seriously ugly, clumpy things, which he refuses to wear. Quite rightly. He’s not at primary school any more. He’s at a grammar school wear people dress smartly and he wants to fit in.

So I told them we wanted shoes that were like smart office shoes in an 8 or 8.5G.

But they didn’t have smart office shoes in an 8G. They had slip-ons (which bizarrely were too wide and also generally horrible) and the clumpy shoes I’d specifically said we didn’t like. After trying on several pairs of horrible slip-ons, it looked like we were going to have to give up.

‘You could try the men’s department.’

So I took my 12 year old son to the men’s department. And I asked if my 15 year old could have his feet measured.

‘He needs to have them measured in the children’s department.’

To say I felt seriously unwelcome in the men’s department was an understatement.

I looked at the shoes for my 12 year old and shuddered at the prices. £80. £90. Who can justify spending £90 on school shoes for a 12 year old who will outgrow them or get holes in them within six months?

Eventually I found some for £50. Could he try those on?

They didn’t have any in his size.

Well could he try anything at all in his size that was around the £50 mark?

‘The problem is, the kids keep buying the men’s shoes and then there’s no shoes for the men.’

Is that really my problem? I wanted to buy some kids’ shoes. If they don’t have enough kids’ shoes or enough men’s shoes or they don’t have the right sizes in MAYBE THEY SHOULD ORDER SOME MORE. Or maybe they should make kids’ shoes in styles that people actually want to wear. And I was buying shoes. And they’re in the business of selling shoes. And it really shouldn’t matter to them if I was buying them for a 12 year old or a 70 year old. If I thought I could face another shoe shop, I would have walked out. But I couldn’t face another shoe shop and I’d optimistically only paid to park for an hour.

I left the shop feeling thoroughly frazzled after buying only one pair of shoes. I can’t imagine how frazzled I would have felt if I hadn’t made my appointment. 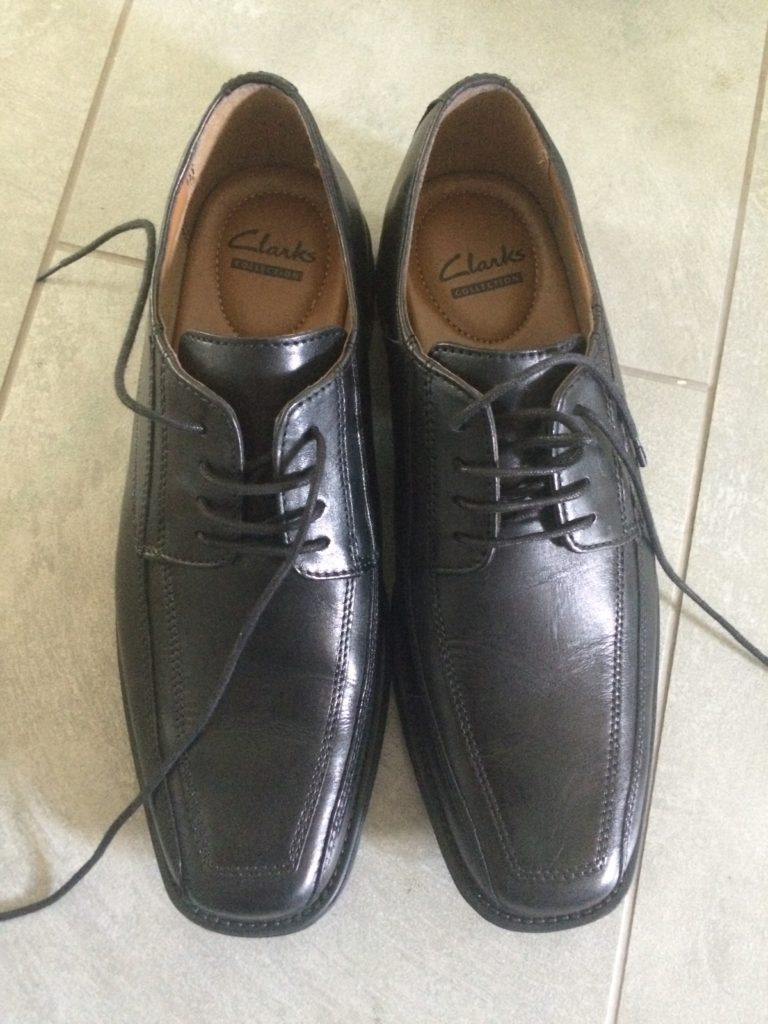