My daughter has always enjoyed singing around the house and I’ve always enjoyed listening to her. She has a sweet, child-like voice and her enthusiasm and pleasure counts for a lot, but, let’s be honest, she ain’t ever going to win any prizes for her singing. She’s not a brilliant singer, far from it. Sometimes she’s not even completely in tune, but singing makes her happy and I love that she can just sing without embarrassment.
With the school musical, my younger son has been singing a lot too lately. He’s never been one to sing and it’s lovely to hear. He too is singing without embarrassment, which I love so much.
As a child, I was told I couldn’t sing (it’s totally true), so I became afraid to sing. Even as an adult, when the whole office broke into song, as sometimes happened, I would just smile, laugh and maybe mouth the words, but I would never dare sing in case someone heard my dreadful singing voice. I didn’t want that for my kids and would never tell them they couldn’t sing, even if it were true, because it can bring so much pleasure.
Over the last couple of weeks, the most beautiful thing has happened. Either my daughter or my son will break into one of their songs from their shows and then the other one will start singing too. They will either sing the same song or sing one from their own show. They are enjoying each other’s company and singing together without fear or judgement. Not even caring what their big brother thinks – because you can guarantee he will have have a few choice negative comments to make.
And I will just listen and enjoy the sound and enjoy them enjoying each other’s company for as long as it lasts – whether it’s a few seconds or a few minutes. I’d love to tell them how much I enjoy their singing and how much I enjoy the fact they’re spending time together, but I don’t. I know if I speak I will burst the bubble. If I draw attention to it, they will get embarrassed and stop and I don’t want that to happen. So I just quietly enjoy it and make the most of it. 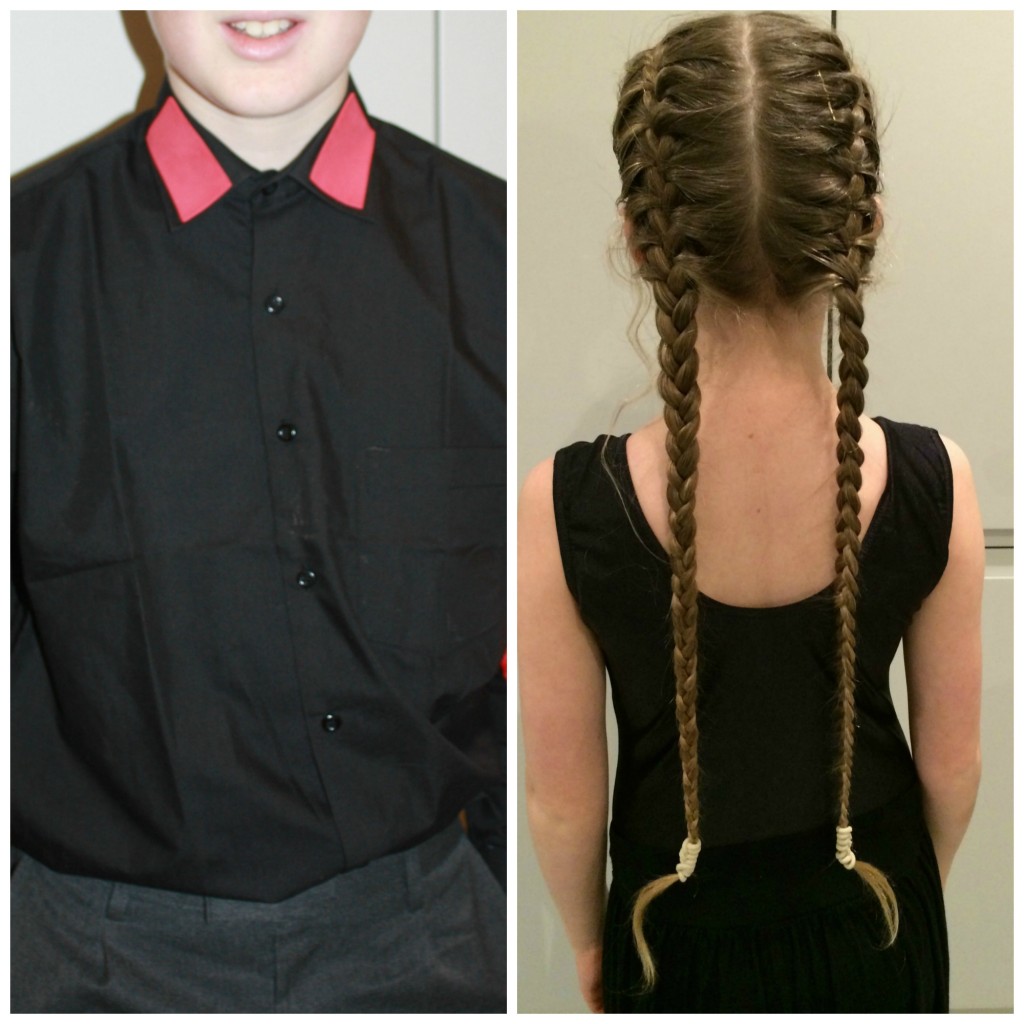 Then the other day something else wonderful happened. My daughter was practising her song for the choir’s Christmas concert (which she totally didn’t need to do as she’s got enough on her plate, but decided to do anyway) and I heard a new voice. A beautiful voice. A voice that was completely in tune and with a lovely tone. It was like a baby version of the amazing singers in my son’s school musical. I realised that the panto had helped her find her voice.
For a family who cares as much about education as we do, the decision to disrupt school for four whole weeks wasn’t an easy one, but there’s more to education than English and maths. My daughter is having the most amazing experience doing the pantomime and has learned new skills, met new people and had the opportunity to work in a professional environment.
And she’s learned to sing! I didn’t see that coming.