Work started on the school musical in the last week of the summer holidays. Before my son had even started at his new school.

I had one of those moments where I said ‘You don’t want to do the school musical, do you?’. I was already in the middle of chucking the letter in the recycling when he surprised me.

My son isn’t a performer. My son is a footballer and a rugby player.

Yes, he did well in his year 6 assembly and leavers’ play. Yes, he’s got quite a nice singing voice, but he’s never even been in the school choir. So the school musical took me by surprise.

But he really wanted to do it. I was impressed.

He was the only boy in his class to do it, but that didn’t bother him. He auditioned for the one part suitable for a boy of his age. He didn’t get it, but he didn’t mind. He was happy to be in the chorus, singing the songs and marching round the auditorium dressed as a soldier near the end of the show.

Other opportunities for non-speaking parts for year 7s came up, but he missed them, due to leaving rehearsals early for football matches. He might be taking part in a musical, but first and foremost he will always be a sportsperson. 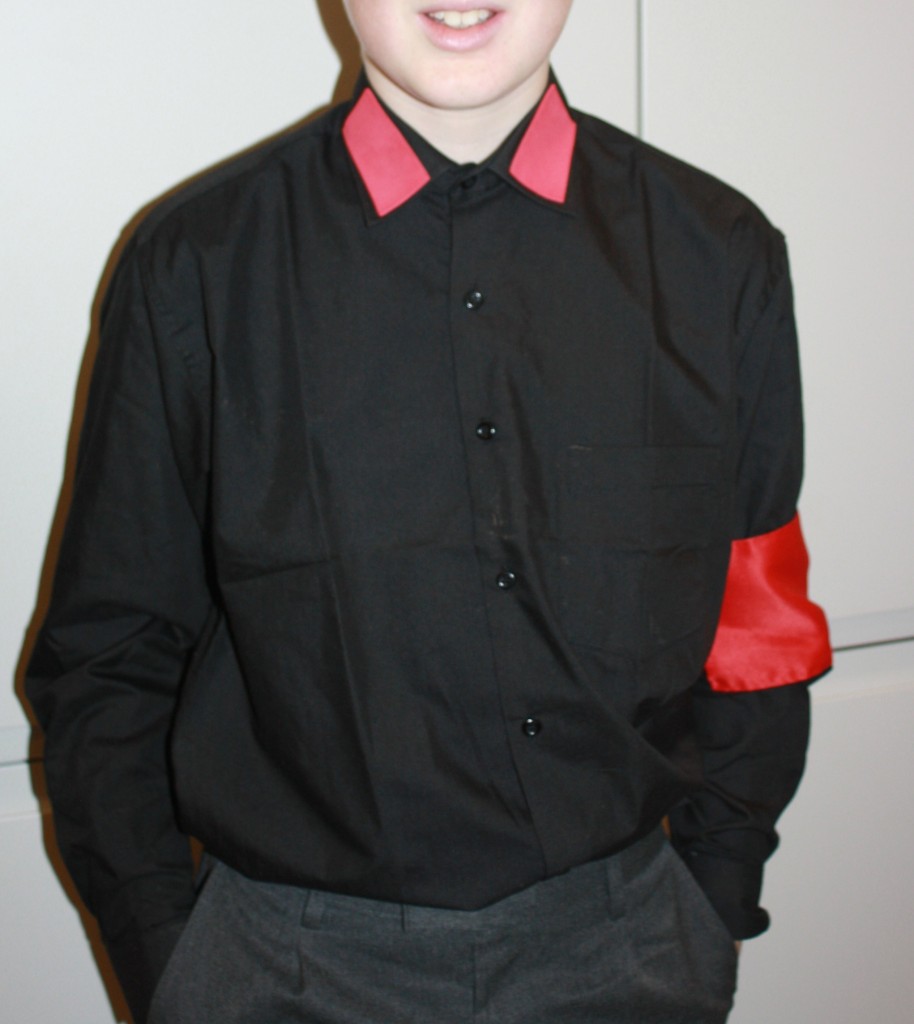 And I was proud of him. I was always into drama as a kid (I couldn’t sing or dance to save my life, but I was a good actor). I always wanted my kids to follow me onto the stage and suddenly I had a daughter in panto and a son in the school musical – his final performance actually clashed with her opening night!

His first performance went well – although he didn’t have a working torch. Having a torch is pretty much his only contribution to the show, so that was key to him. He was desperate to tell me about it, but didn’t want to ruin the surprises.

We went along on the second night it was brilliant! There are so many incredible singers there. My son’s role was as small as it was possible to be. With a group of around 20 other younger boys, he stood at the side of the hall and joined in with the choruses of songs. For a few of them, there were actions. At one point there was even a bit of dancing (but I couldn’t see him at all for that bit!). Then, right at the end, he got his moment – marching as a soldier and then flashing his torch around the hall.

He really enjoyed being a part of the school musical – learning the songs and watching and listening to the older performers. And he thinks he will probably do it again next year.

I’m pleased that he goes to a school which really values extra-curricular activities and encourages all children to take part.

I’m very proud of him for going out of his comfort zone and doing something he’s never done before. And I’m proud of him for making the most of a very small part and never complaining that he had to rehearse for something so small. He really has gained a lot from taking part in the school musical. The only way is up from here!