When my daughter started practising for her Grade 2 Modern exam way back in the summer (yes, she really is that dedicated), I thought she was good. Very good. Now I don’t know much about modern. In fact, I know so little I didn’t even realise she DID modern, but I think I’m pretty good at recognising beautiful dancing. And that was beautiful dancing.

She practised all through the summer and into the autumn (apart from when we didn’t have anything to play the CD on). She had extra exam practise lessons with her class. As she always does with dance, she took it very seriously.

She told me she thought she’d get a merit. I’m not sure if she was being modest, because there was no way she was a merit.

That girl had ‘distinction’ written all over her and I told her so.

I watched a class and I thought she was top of the class, equal with another girl. When I watched again three weeks later, she was better than the other girl.

And then panto rehearsals started. We literally didn’t have space in our lives or brains for anything but the panto, but somehow my daughter had to do her exam after a three hour rehearsal. 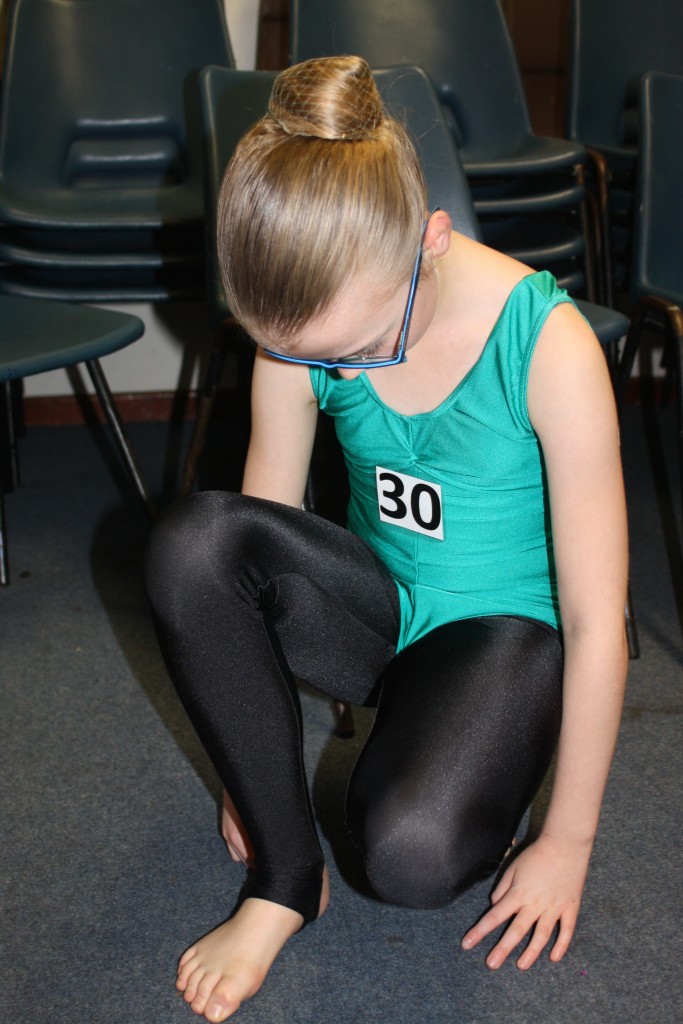 And she smashed it. As I knew she would.

Her teacher emailed a week later to say she’d got distinction. I was very proud, but not surprised. (Huge credit to her teacher – three other girls got distinctions and even the girls who didn’t look that great got merits.)

But that wasn’t enough for my daughter. She needed more. She needed to know how good a distinction she’d got.

A really flipping good one, as it happens.

So this is her ‘best ever distinction’. In a style of dance I didn’t even realise she did.

As she was a late starter, she’s only actually done three dance exams in her life. Three exams, three distinctions. That’s not bad going! 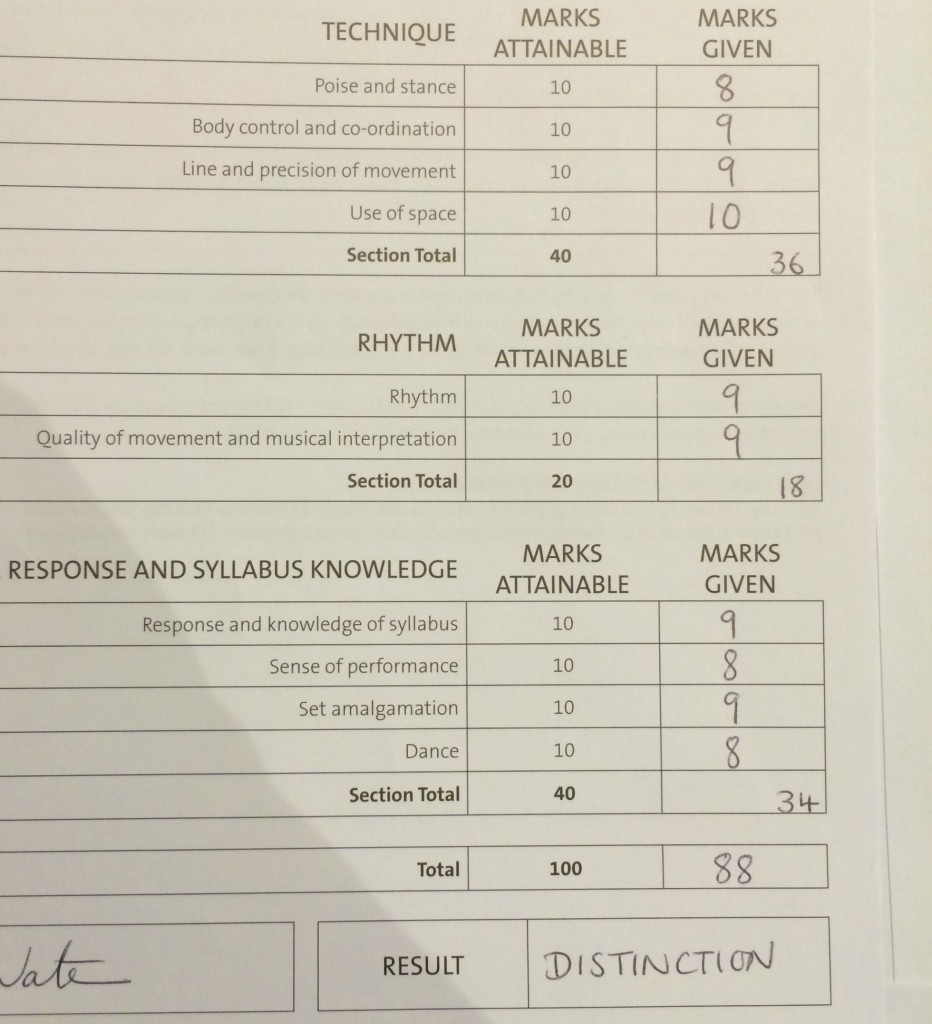