I’ve been telling my eldest son for MONTHS AND MONTHS, if not years, not to leave wrappers in his pockets when he puts his trousers in the wash. Every single pair BULGING with wrappers. And not just wrappers. There’s tissues and school letters too. Each pocket has about six or eight items in it. I have no idea where some of those items come from, but they are there every time without fail.

When the trousers come out of the wash, several wrappers fall out of the machine and onto the floor. Some of the tissues and letters are mushed up. If we’re unlucky, they’ve messed up the rest of the washing.

As it’s winter, the trousers often go in the tumble drier. Remarkably, the wrappers often survive the tumble drier unscathed. But when I go to open it, they fall out all over the garage floor. It’s incredible just how many can build up in a short space of time.

So, one Sunday evening, when the garage floor was hidden under a mountain of wrappers, tissues and shredded letters from school (which may or may not have been important, I will ever know), I made the perfectly reasonable request that my son sweep them up.

So he can learn not to do it.

The request was met with standard teen grumbles and groans, but he grudgingly went to work. 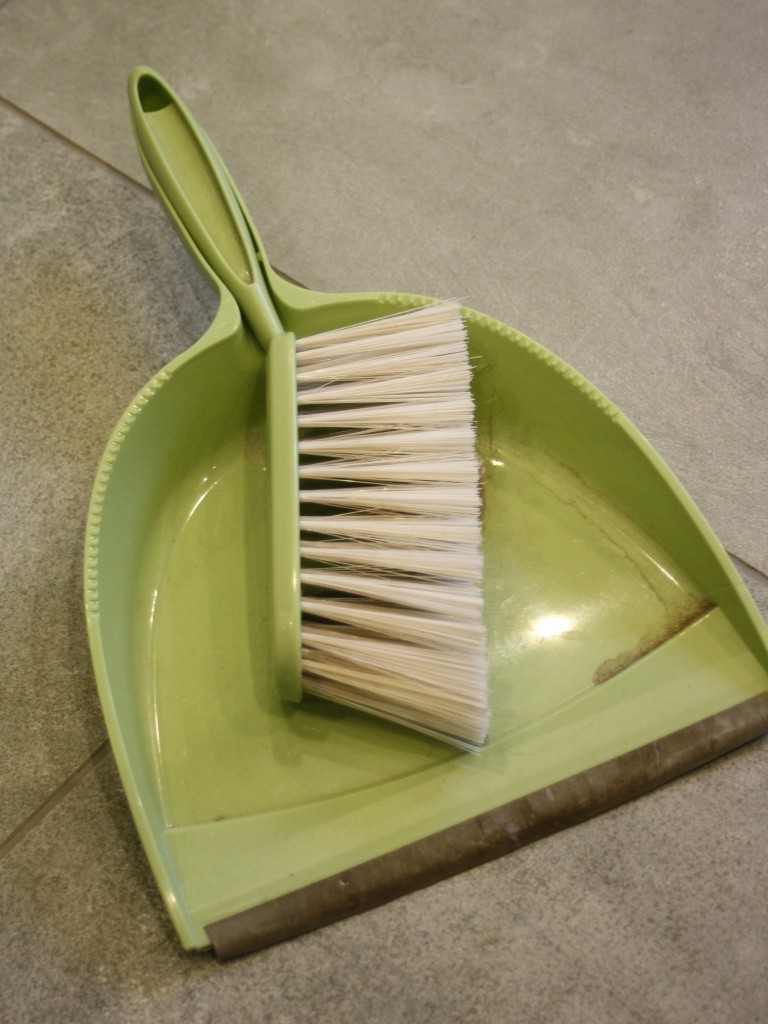 Shortly, afterwards, there was an almighty crash.

So I very calmly asked him to hoover up the smaller pieces and pick up the larger pieces.

But he lost the plot, yelling and stomping around. Apparently it was my fault as he’d tripped over a boot in the garage that belonged to me. The boot had gone in the garage ready to go for recycling. It had been put there by my husband.

And was in no way a trip hazard.

But it’s not possible to reason with a riled teen.

So he stomped upstairs, leaving the mess all over the carpet.

I spoke calmly to him (because I choose my battles now and don’t get angry) about the need to finish tidying up the mess he’d made.

I was met with shouts, screams and tears. Because it wasn’t his fault. And there was NO WAY he was clearing it up.

So my husband did it. I didn’t agree with that. I would have left it on the floor until my son calmed down and then quietly, but firmly repeated that he needed to clear up. But he didn’t have to. And he still hasn’t learned.

And now my husband is saying I should check the pockets for wrappers.

What do you think? My responsibility or my son’s? I know what I think!