And then we waited for her ballet results. We waited and we waited and we waited. Christmas came and went, and still no results. It was two months before we heard that she’d passed the exam with distinction, but we had to wait a further two weeks to find out her actual mark. I think anyone who has seen my daughter dance would say that, while she’s certainly very good at tap, she’s better at ballet. So we had high hopes for that mark.

The marks are awarded out of 10 for 10 different parts of the exam – different exercises and routines, plus marks for performance etc (head up and smile!). I told my daughter that 90% was an unrealistic expectation – 9 out of 10 across 10 categories was pretty unlikely. So she set her sights on 87% – again, a very high mark, but better than her tap mark, so it made sense.

When the mark finally came through, she was disappointed. It was ‘only’ 81%. Lower than her tap mark. But comparing the two is comparing apples with pears. They are from different exam boards, for starters. And if you look closely at the criteria for a distinction in ballet, it is 75%, rather than 80%. So my daughter didn’t ‘scrape’ this one (and I don’t think she scraped the tap one either, that’s just her view!). She actually came out a whole 6% above the pass mark for distinction, compared to 3% for tap. Knowing that made her feel more positive. 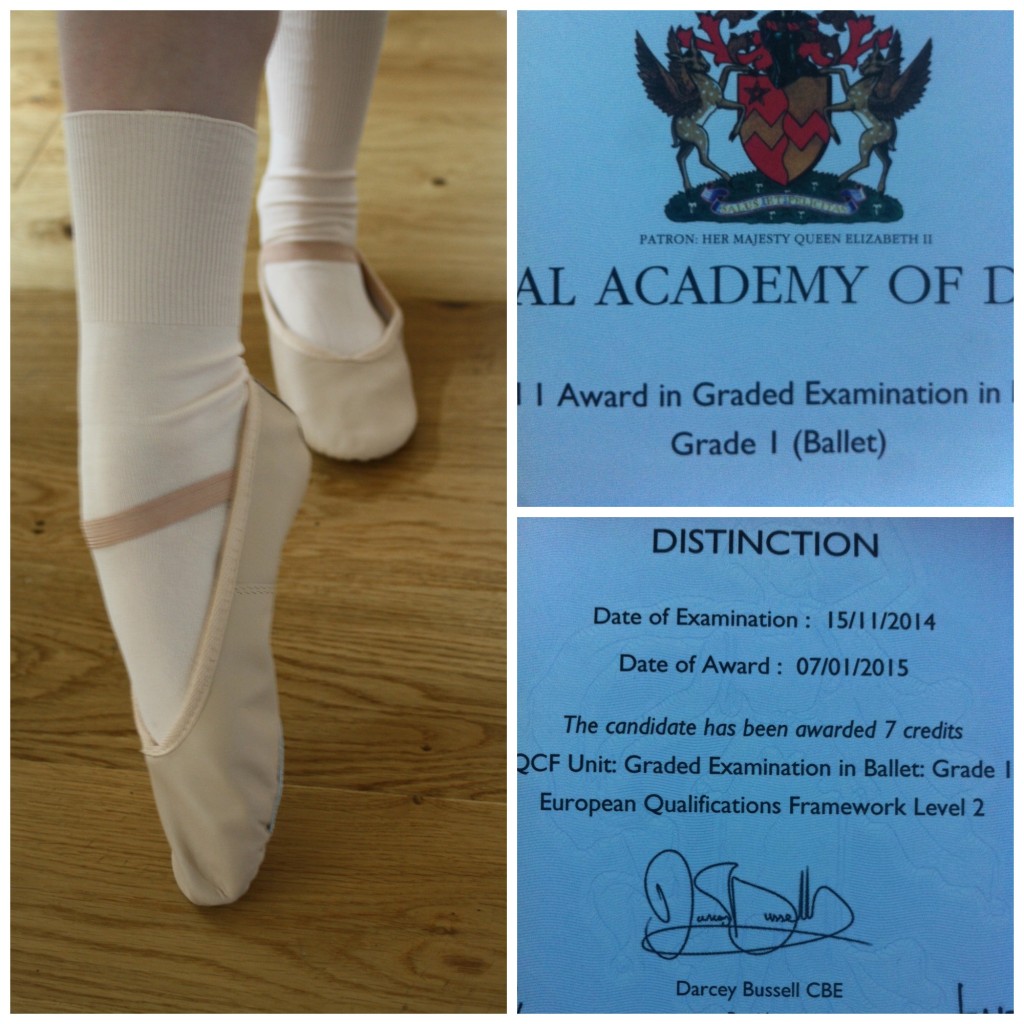