We moved into our house 18 months ago. It was built in 1987 and had been lived in by the same elderly couple for 20 years. Nothing had changed since 1987. Everything was dated, worn out and grubby. We’ve transformed a lot in 18 months, but there are still parts of the house which are stuck firmly in the 1980s and crying out for an improvement. None more so than our ensuite bathroom. 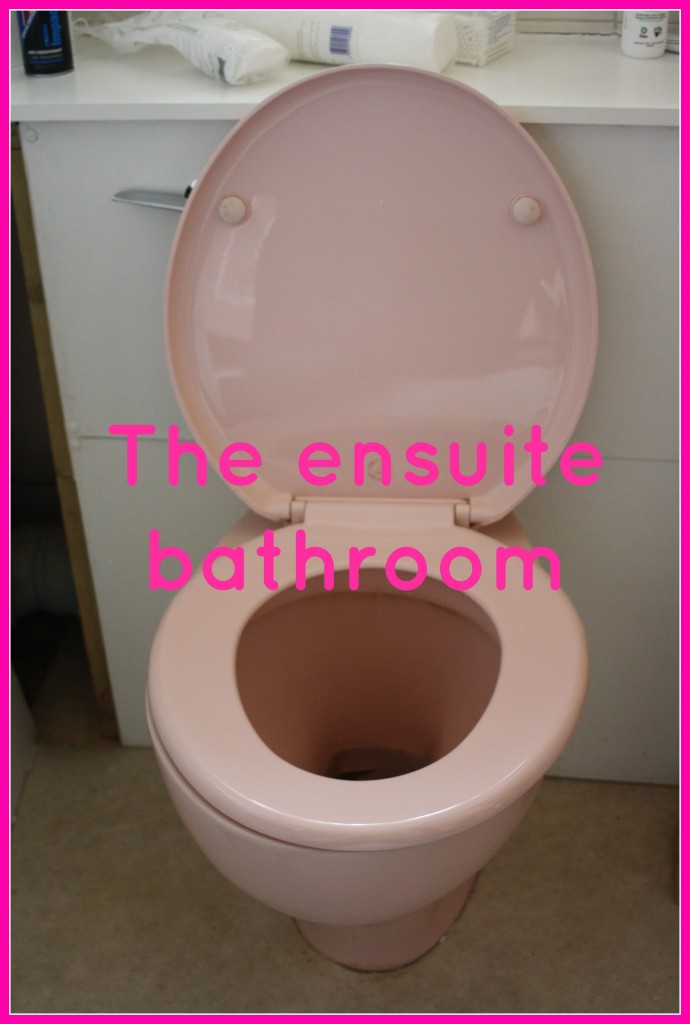 A picture says a 1,000 words, so I don’t need to say a lot – the pictures speak for themselves. 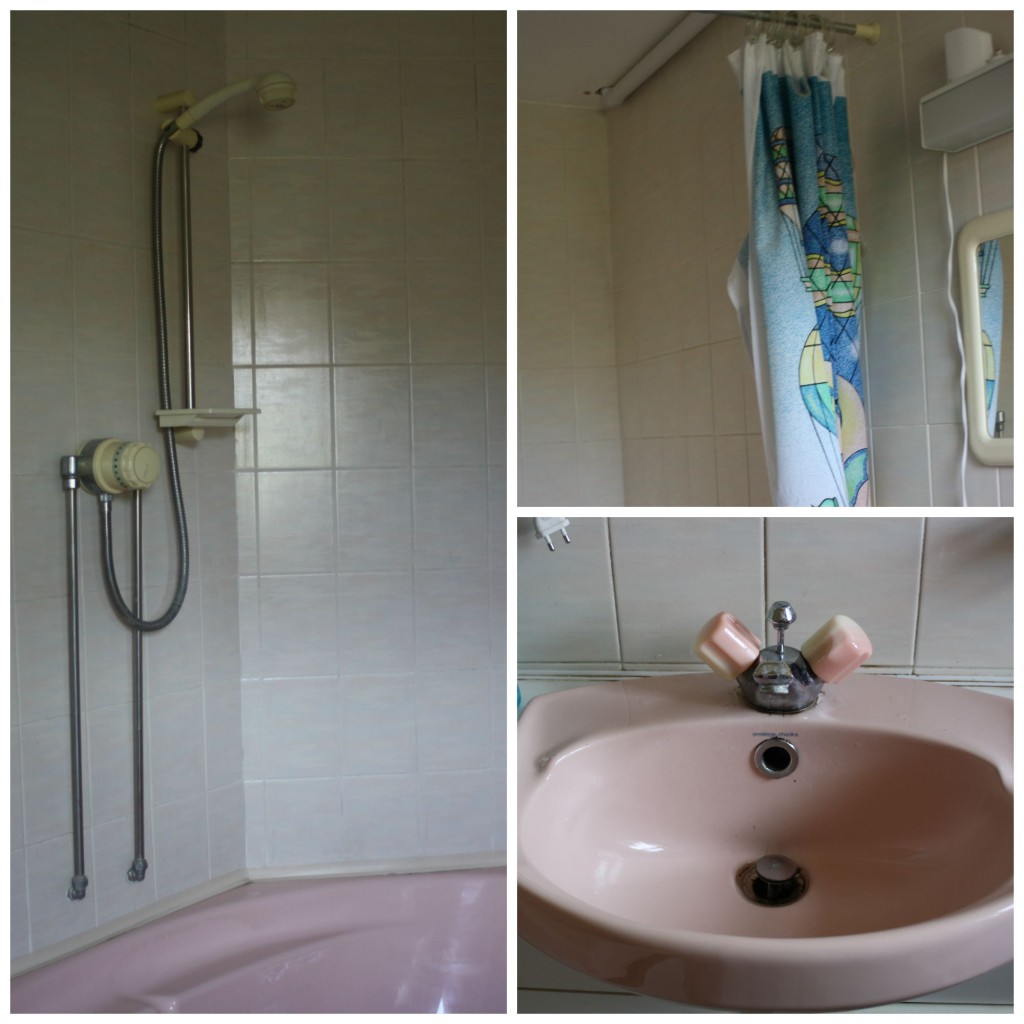 The toilet and sink are at least functioning, but the bath is pointlessly big and ridiculously shaped. We’d much prefer a nice shower cubicle. As you can see, there is a shower. It has one temperature – boiling. Now I like a nice hot shower as much as the next person, but there’s nothing nice about that shower – it turns your skin bright red and you can only stay in for a few seconds before you have to remove your body from the flow of water to give it a break before you brave it again. 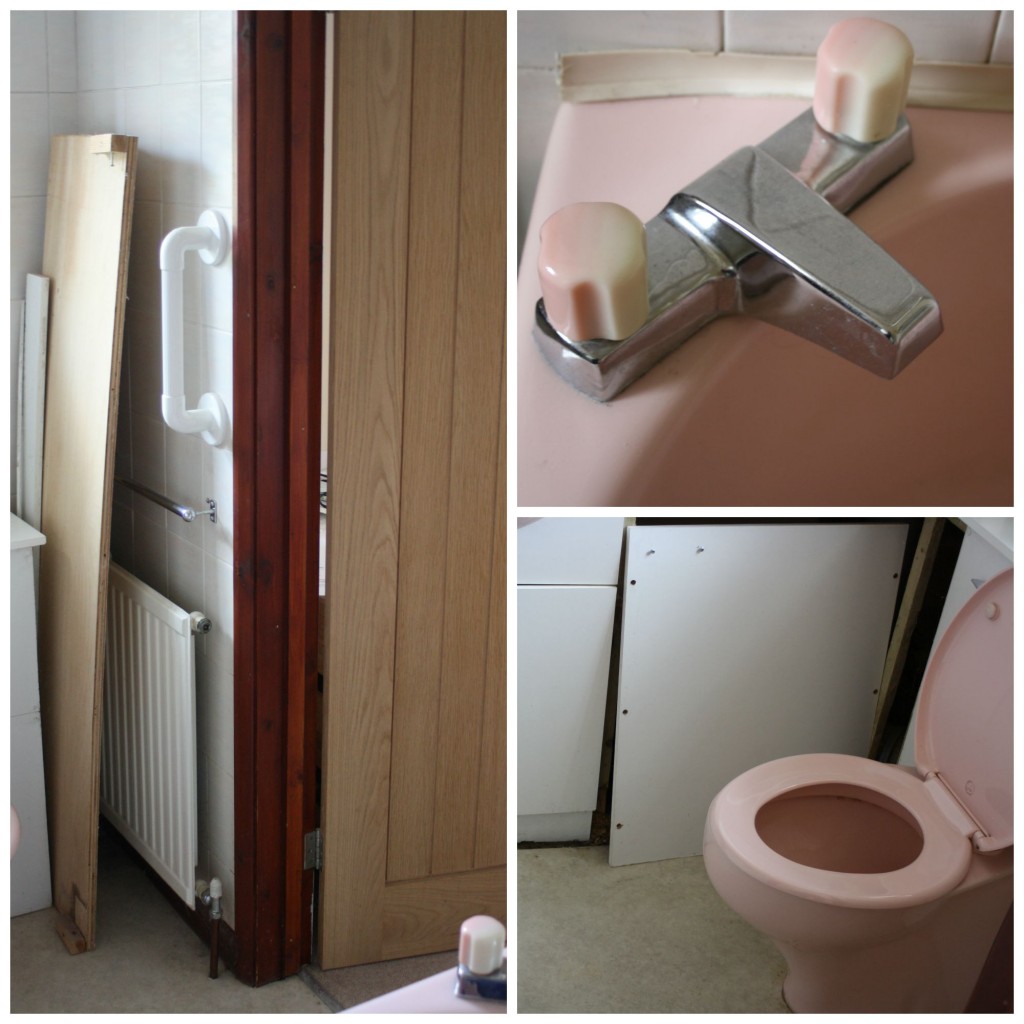 There’s disability hand rails. There’s a hideous shower curtain that we always think we ought to take down, but have never got round to it. There’s horrible tiles and a horrible mirror. There’s no room for a towel rail or a toilet roll holder. The floor is a hideous, grubby lino and it doesn’t even reach all the way to the sink. 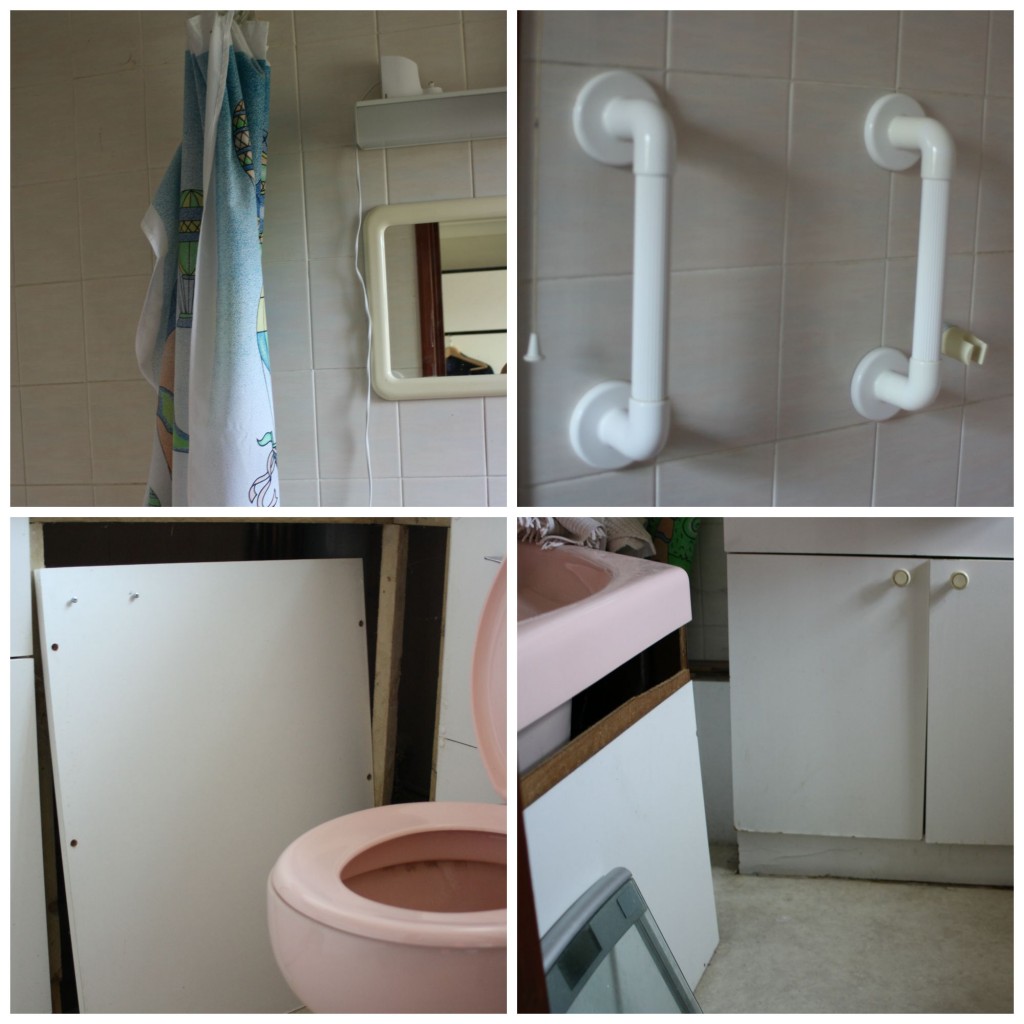 A lot of the panelling has been removed to assist with sorting out the water for our new upstairs bathroom and new kitchen. The panelling wasn’t replaced because we knew we’d be doing this bathroom soon. But how soon is soon? We have no idea when we will be able to do it. Removing the panelling has just made it look even worse.

Oh, and sometimes it smells. Not of ‘the obvious’, but of drains. There’s obviously some plumbing problem somewhere.

It is truly hideous. I can’t wait to get it sorted, I just don’t know when that will be. 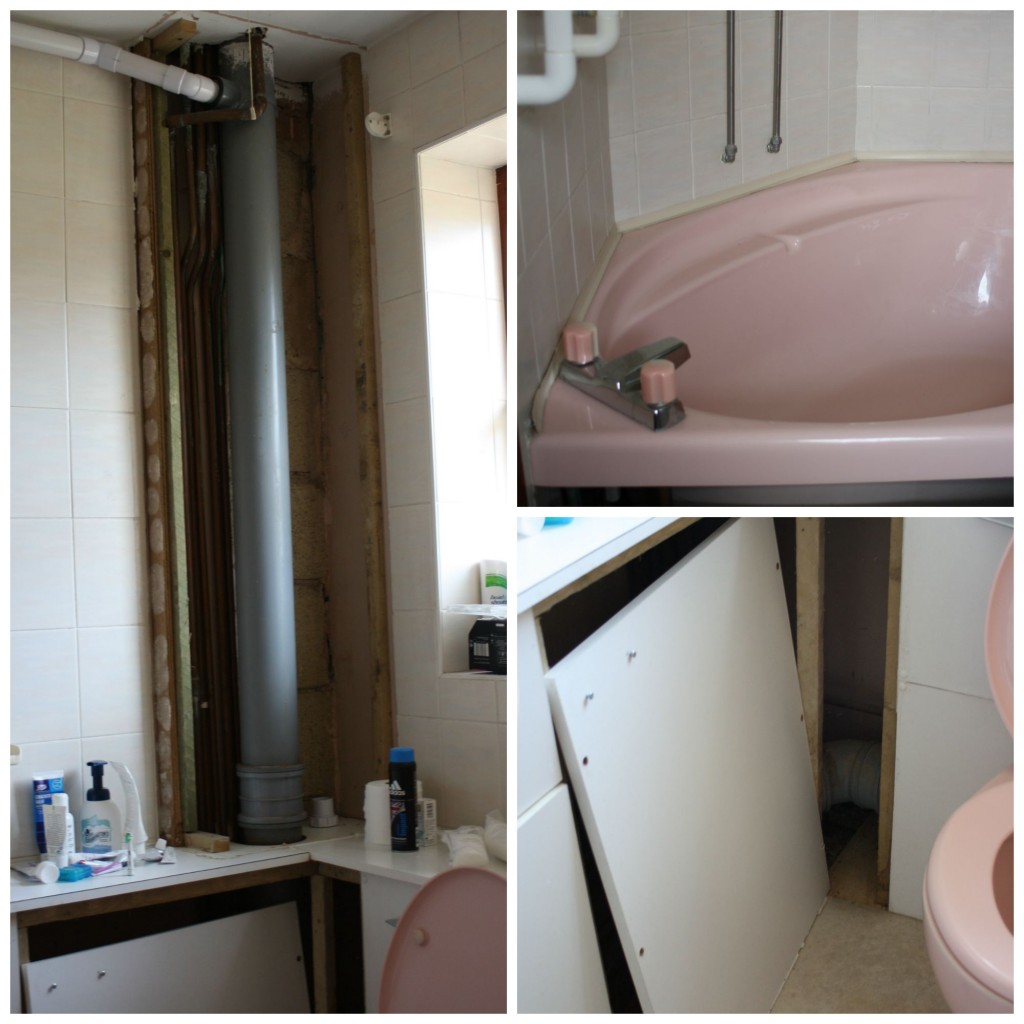