When we took my beloved Beetle off the road earlier this year (it’s still on the drive, it’s not going anywhere, but sadly it’s not back on the road yet!), I had to adjust to driving my husband’s car. It’s an estate – longer, with more scope for parking errors. It was less powerful and I kept stalling it. Sometimes I hated driving it. But I kind of got used to it, it was my car now too.

But it was getting older and less reliable. It was 10 years old, with over 100,000 on the clock. We were on borrowed time, and a one-car family of five can’t afford to be on borrowed time with their car. My husband considered another, newer Audi estate, but it was pretty expensive. Then one day he looked at a Touran. A seven-seater. We’ve never had any sort of people carrier before. They always seemed a bit too ‘family’. But we are a family! Of five people. And our kids aren’t getting smaller. Before we know it, we’ll have two teenage boys and a tween girl – three big kids squashed up in the back of an estate. Suddenly a seven-seater seemed like quite a good idea.

Within days we’d bought it. I must say it’s fab. The seats are all so comfortable – you’re in a proper, upright sitting position, with actual leg room. I reckon I could make it all the way to Padstow (with the obligatory pile of bags round my feet), without getting leg and bum ache. There are three full-size seats in the middle row, but there is also the back row of seats (which come out to give you a big boot), which my daughter insists on sitting in.

The only problem is, I have to DRIVE it. It feels like driving a bus. It’s nice to have a more powerful car again (my Beetle was way more powerful than my husband’s old car), but I worry about parking it. There are parking sensors, which are good. But I really am the worst ever at parking. It didn’t really matter if I scraped the 10 year old car (even though I do always TRY not to scrape it), but this car is only three years old and it’s all shiny with no scrapes.

It has weird stuff like six gears. SIX GEARS. I remember when cars had four gears (and it was all fields round here and you could leave your back door open… ). There are some numbers and arrows that pop up on the dashboard, which I didn’t know about. It turns out they were telling me what gear I was in and when I needed to change gear. It wants me to be in sixth gear at only 45mph!

The first time I changed up into sixth, I held my breath. It felt like a life-changing moment. I felt like Marty McFly when he was about to take the DeLorean back to the future. But nothing happened. The world didn’t end. I just kept driving.

Changing down again was another matter entirely. Somehow I just couldn’t do it. I might end up in third. Or neutral. Not ideal on the motorway. I’ll be honest, it was pretty scary. It was on my sixth attempt that I finally made it straight from sixth into fifth. No neutral, no third, no weird revving noises and kanagarooing.

Once upon a time, when my daughter was a baby and my younger son was 2, I took him out in the car. He was in the front seat (no, I’m not sure why). My husband had been in my car before me. My car, my rules, I say. I started my car. It had been left in gear and took a massive leap forward. Straight into the garden wall. Which it knocked down. Luckily neither my son nor I were hurt, nor was anyone in the garden. My car had barely a scratch on it.

But that’s why it’s a good idea to me proof a car.

I still do a double take when I look out of the window and wonder whose car is on the drive. I’m not quite sure what I’m looking for in car parks, but we love our new car! 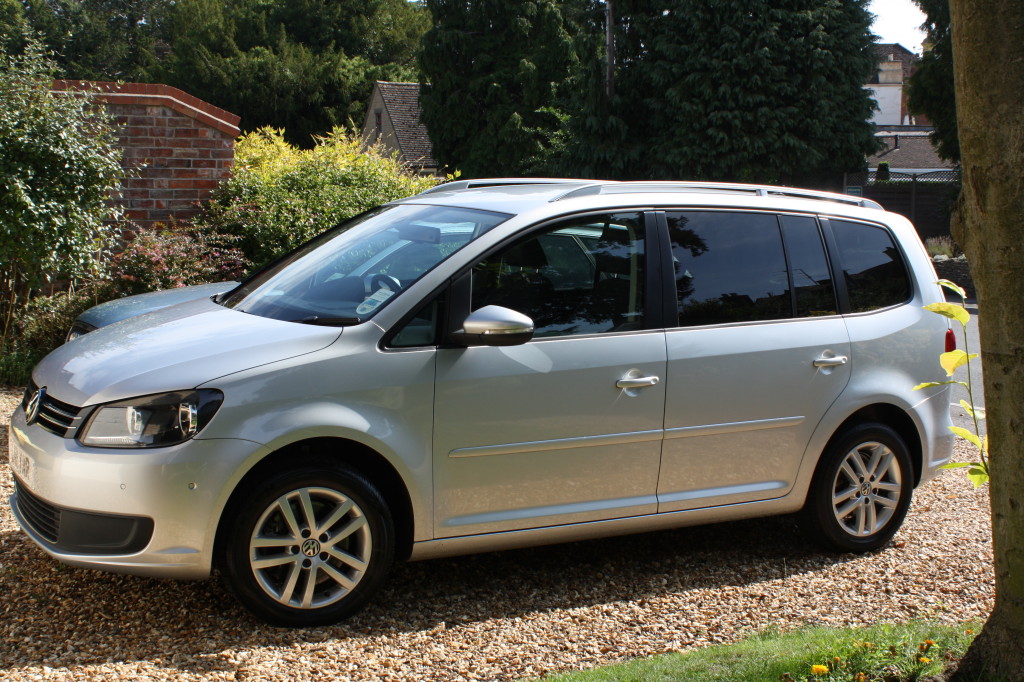