The new youth league football season is underway and my little boy is now an under 11. There’s a bigger pitch, a longer game (a whole hour!), the introduction of the dreaded off-side rule and a bigger team – up to nine players from seven. Last year was a rocky season and we perhaps didn’t go into this one with high hopes.

Last year the team rather ambitiously had two teams – one in league 1 and one in league 2. My son was in the league 1 team and my husband oversaw the management of both, as well as the day-to-day coaching. As the season wore on, we lost a few players from both teams. Somehow they managed to make it to the end of the season with just about enough players, but both teams finished at the bottom of their respective leagues.

This year, it’s back to one team – in some cases getting players who’ve never worked together to work as a team. The team is in league 2. Thank goodness.

The team suffered two thrashings in pre-season friendlies, which didn’t do much for the confidence of either the players or the parents (or the poor long-suffering coach).

But the first league game of the season looked good on paper. They should win it. But would they, after their confidence had taken a bashing and with the new mix of players? And two of the most influential players were missing.

My son has always tended to play in defence, but he’s fast and always wants to play up front. My husband experimented with having him and the other fastest player up front, which seemed to work very well – as well as making my son very happy.

The game started well. They were definitely the better team. But the minutes were ticking on and there was no goals. Close to half-time, my son’s friend, previously a league 2 player, got the goal.

In the second half they played even better. All of the players played brilliantly. My son was so strong and so fast. Nobody would have guessed he’s usually a defender.

There was another goal. Would it be enough? You can easily lose a 2-0 lead in kids’ football. Two more goals in quick succession and it was 4-0!  There was no way they were going to lose. The first goal scorer ended up with a hat trick, which was a brilliant achievement for him. My poor son had a goal disallowed, thanks to the offside rule, which is still confusing 90% of the players. If they’d been beaten or had drawn, he would have been upset. But he couldn’t complain with a 4-0. The opposition didn’t even get a consolation goal!

The difference a win, a decisive victory, a clean sheet right at the start of the season makes to a team is incredible. They’d started the day feeling they were going to lose yet again, that it was going to be another tough season. But they’ve got their first three points! With that goal difference they should be top of the league, but, randomly everyone on three points is listed in alphabetical order, so they’re not. But they know they’ve got the moral victory. They’re top of the league in reality, even if not officially. Even if it’s only for one week! 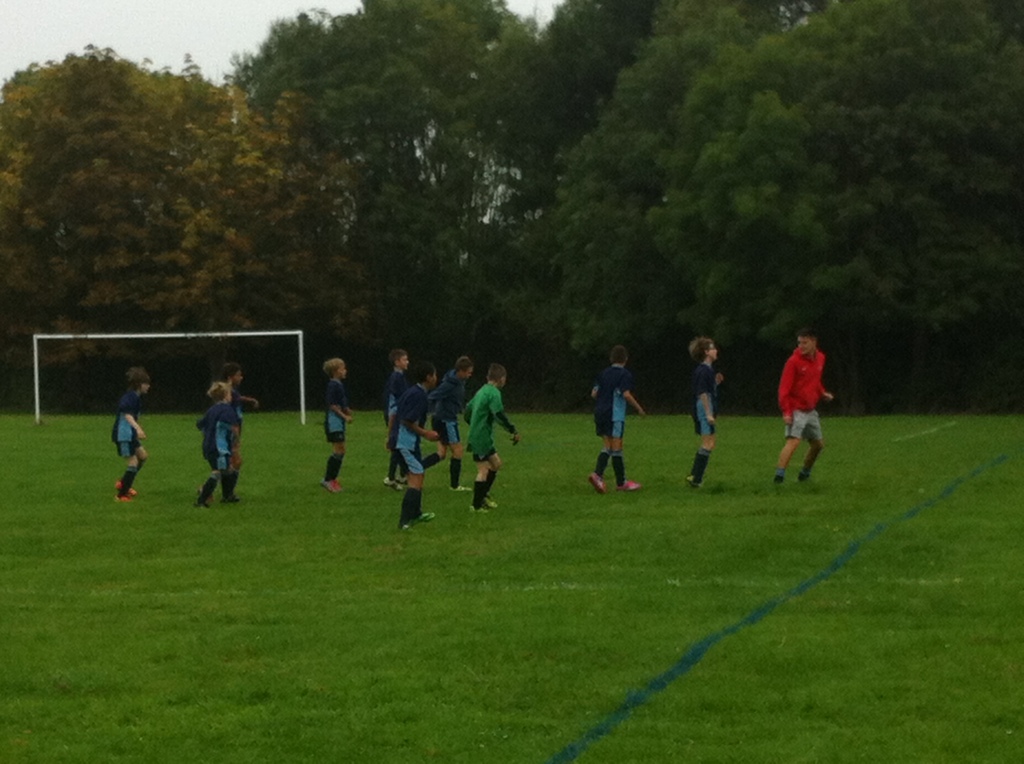