There have been some big changes over the last year – one which I expected and others which I didn’t, but they’ve all been good.

When I turned 40, we’d found a house we wanted to buy. We’d had our offer accepted and we’d found a buyer for ours. It looked pretty certain that we would be moving house soon after my 40th birthday. In the end it wasn’t as soon as we’d expected, but when it eventually happened it made a big difference to our lives. It’s not been without its challenges, but having more space was exactly what we needed – it’s not easy living in a three-bedroom bungalow as a family of five. There’s no escape from other people’s noise and mess. Having more space has been really good for all of us.

When I turned 40 I wasn’t that happy at work, but I fully expected to be there for the foreseeable future – five years, 10 years, forever… I had no idea that we were being restructured again, no idea that there would be no place for me in that structure and no idea that I would be brave enough to walk away and do my own thing. Even though the work isn’t always there, I don’t have a single second of regret about taking voluntary redundancy and leaving work. I’d done my time there. I was no longer enjoying it. I needed to be myself – and I needed to be there for my kids. Since leaving work I am a much happier, much nicer and more confident person.

There have been other, smaller changes too. When I turned 40, my skin was covered in spots. Just as it had been since I was 12. But there was something about the milestone of 40 which made me realise I couldn’t go on like this forever. It was time to change. There was an alternative, but it was a big step. Well, starting on Roaccutane and seeing the change in my skin has been one of the best decisions I’ve made.

When I turned 40, I thought life was too short for pets. Pets need cleaning and feeding and caring for. Why would I want that hassle in my life? And then I saw it in a new light – what if life was too short NOT to have pets? So we got our guinea pigs and they’ve proved to be another brilliant decision for the family. Somehow, these little funny, furry creatures have made us all that bit happier. 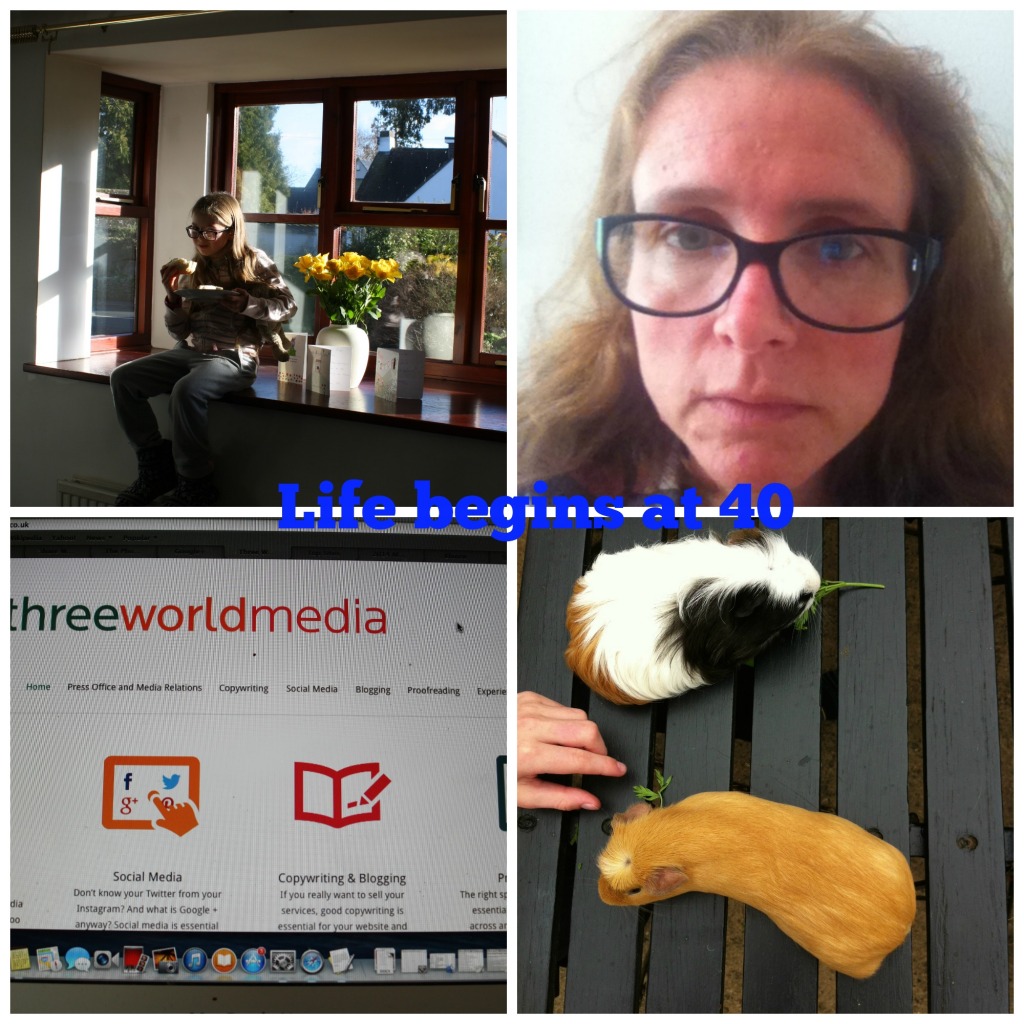