The Leopard by Jo Nesbo

Regular readers of my book reviews will know I’m a big fan of Jo Nesbo. Basically I’m working my way through his novels and every other book I read at the moment is one of his. I love them all (with the exception of Cockroaches, which I thought was a bit weak), so I’ve never had a favourite. Until now.

Yes, The Leopard is my favourite Jo Nesbo novel of all. Even better than the mighty The Snowman, which tends to top most people’s lists and is a flipping good book.

Following the harrowing events of The Snowman, Harry Hole needs to get away from it all and has fled to Hong Kong. He’s quit the police and doesn’t want to be found. But back home two women have died particularly nasty deaths. The words ‘serial killer’ have been mentioned. Only one man has the experience to investigate a serial killer case.  So Harry Hole grudgingly returns and gets to work.

The deaths are numerous and particularly gruesome and creative. The investigation takes Harry Hole half way across the world and back. He has another new female sidekick and trouble from the bosses who don’t want him on the case. There are suspects and red herrings galore, Hole finds himself close to death (again!) and there’s a suitably harrowing ending.

If you like fast-paced, intelligent thrillers, you will love The Leopard. 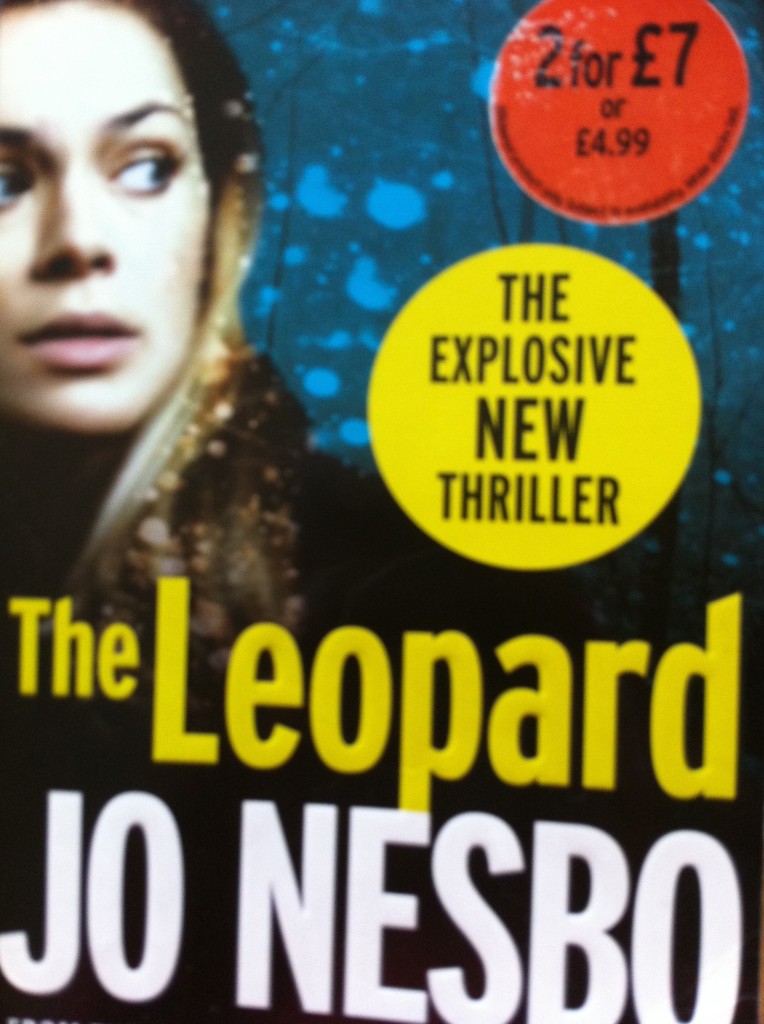