Hammersmith: A walk down memory lane

I graduated during the recession of the 1990s. There were no jobs for people with a 2:1 in Broadcast Journalism. So I worked in McDonalds in Nottingham for two years, until I eventually got a job. As a press officer. In London. Somewhere I never wanted to work. My job was based in the not-very-fashionable area of Hammersmith and I lived on the outskirts of Hammersmith (OK, it was Shepherds Bush) for nearly two years.

I quite liked Hammersmith. Viewed in isolation, it was just like a medium-sized town, with only a few clues that you were actually part of the huge city that is London. I walked to work every day and I was pretty happy there.

When we went to see the Got To Dance live semi-final, we stayed in Hammersmith. Travelling into that part of London I was reminded of places names I’d entirely forgotten – places like Ravenscourt Park and Goldhawk Road. They brought that long-forgotten time back to me. I wanted to show the kids around, but I knew I wouldn’t have time.

So I took advantage of my ridiculously early waking and went for a walk down memory lane at 6.20am.

First I headed for my old flat. Suddenly the road names came back to me – Studland Street and Dalling Road. I followed them until I saw the pub we used to go to on a Saturday evening, very close to my flat. But my road looked different. Sure, it would have changed a bit, but where was my flat? I was lost. I’d gone up the wrong road. The pub was on a corner and it had confused me. I walked that route every day for 18 months, I couldn’t believe I would get lost! I retraced my steps and found my flat. Still looking exactly the same. 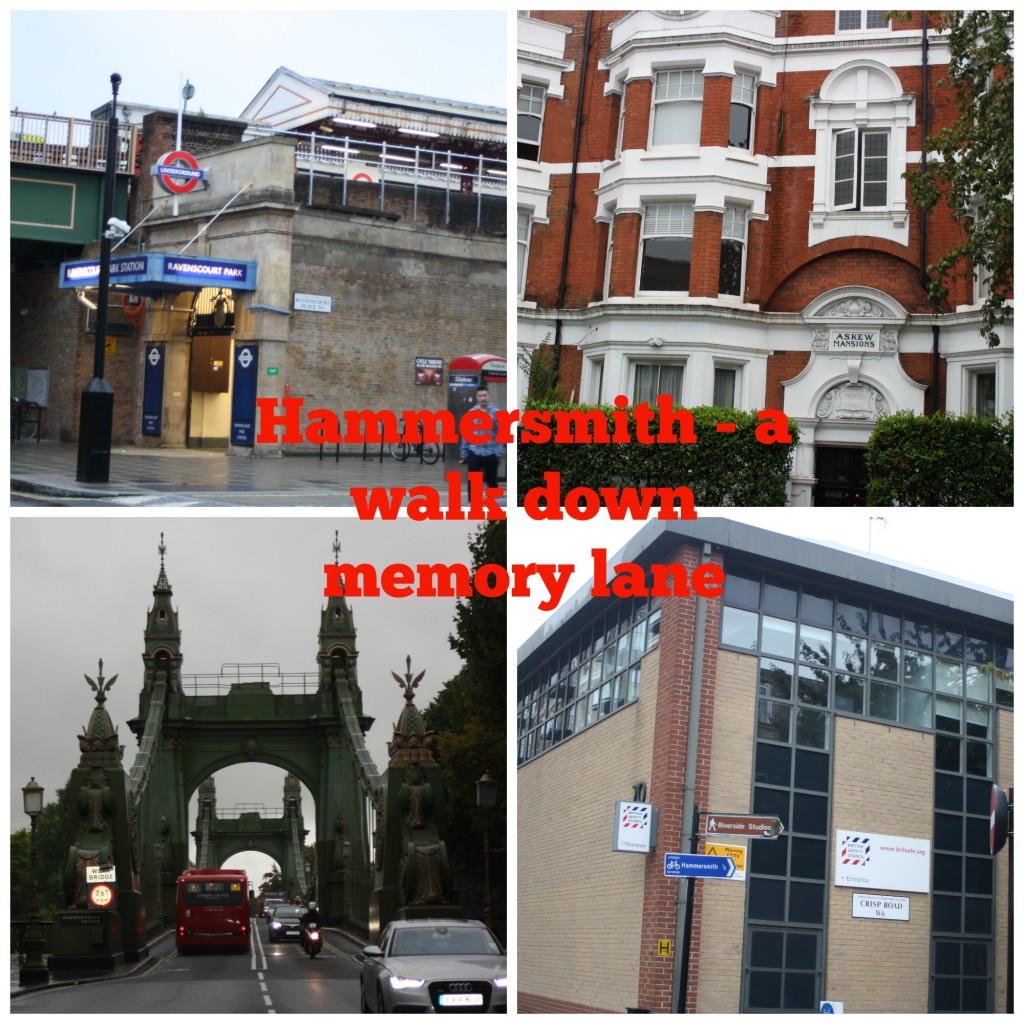 Then I walked back into Hammersmith. The Virgin cinema was now a Cineworld, but the Thai cafe we used to eat in still looked exactly the same. Much of King Street (the main shopping street in Hammersmith) looked the same too. I headed for Hammersmith bridge and found cars and buses travelling across it. In ‘my day’ the bridge was closed to traffic. Riverside Studios, where they filmed TFI Friday a stone’s throw from my office was still there. The greasy spoon cafe they’d used on the show had turned into somewhere far more middle class. But there was the pub where we used to have our lunch. Still with the same name. And there was my office. It looked exactly the same. Apart from the very posh flats which had sprung up opposite. They were called ‘Fulham’ something, because, presumably by adding ‘Fulham’ to the name they can charge a ‘definitely much posher than Hammersmith’ premium.

As I walked, I remembered all the pubs. We’d been to so many! The Distillers, The Chancellors, The Salutation, The William Morris, The Hop Poles. All still there. All with the same names. I can’t believe I used to go to so many pubs. They were practically a daily occurrence (now they’re an annual one). There were even more coffee shops than there were back in the day. I remembered how weird I’d though it was that people in London WALKED AROUNd DRINKING COFFEE IN TAKEAWAY CUPS. Seriously, in the mid-90s that didn’t happen anywhere else.

And then I was back at my hotel. My family was still asleep. I was glad I’d taken the opportunity to have a look round. I would have regretted it if I hadn’t. And I was kind of glad I’d done it on my own. I wanted to see things as they are now and remember them as they were. That was a lot easier to do without the endless chatter/ questions/ moaning/ arguing of my kids.