Way back at the start of year 5, my younger son’s teacher said he’d never met anyone as well-rounded as my son. That was a real compliment to me. Because we all know he’s clever, crazily clever. But there’s a whole lot more to him than that. His teacher could see beyond the clever kid to all the other things that make him amazing.

So, the teacher said he was really good at sport (which we knew, but previous teachers had failed to recognise, possibly blinded by the clever kid thing) and he was popular and friendly. My son’s teacher is the sort to tell it like it is and say things others might not say in these PC times – that clever kids aren’t usually good at sport and they often lack social skills and can be unpopular. But my son isn’t the weird, geeky kid who can’t kick a ball straight. He’s the awesome kid who is so strong and powerful whether running, playing football or playing rugby – and other kids like him, not just the clever kids, but all kids.

Year 5 has been a really good year for my son and he’s thrived and had lots of great opportunities with school.

I think this is everything he’s done this year, but I may be wrong. My son has represented the school in: 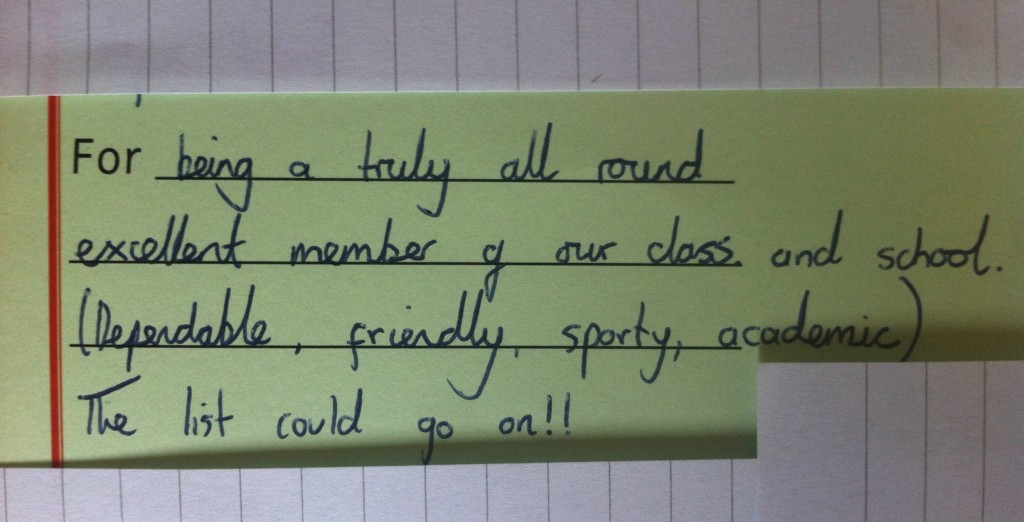 That’s not bad for one boy in one year. Here’s to the start of year 6 and another great year for my brilliant son.