The schools’ tag rugby tournament is one of the highlights of the school year for me – lots of schools battling it out on the rugby pitch to be named the best tag rugby team in the area.

My son first played in it when he was in year 3. That was particularly special for me as he got to play alongside his brother – with three school years between them this is something which had never happened before and never will again. Even in year 3, he was the third best player in the team – after my eldest and another year 6 boy who played rugby.

By year 4 he was the best player in the team (the team being made up of willing volunteers who had never played rugby before), but the year 5s and 6s wouldn’t pass to him. They were too cool. And they got thrashed. They eventually won their final game because they actually gave in to the teacher’s yells to pass the ball to my son.

But here we are at year 5. This time there would be no problem with kids not passing to him. The team was made up of four year 5s (three boys and a girl) and two year 6 girls. Oh, and it was an eight a side tournament and they were a player down. There was a parallel team from our school of five boys and three girls.

The teacher made my son captain for the first game. He so looks like the captain. He is a fine figure of a  boy – he has the kind of physique most men would dream of – tall, slim, toned and muscular. That kid had calf muscles to die for when he was 2.

On my son’s team was a kid from his class who played in the winning team in the County Cup – two brilliant rugby players who played as well together as they did against each other. Nobody else on the team played rugby at all. They’d just done a few weeks in PE lessons and on Wednesdays after school. But, despite the lack of rugby experience, and despite not having enough players, they did very well.

I’ll be honest, the games slightly blurred into one. I think they drew the first game. They were playing in a group and played against all of the other teams in the group – five games in all. My son would probably tell you the exact scores, but if memory serves me correctly, they won three, drew one and lost one.

All those years standing on the touchline, believing I know nothing about rugby, had put me in pretty good stead. I could see where they were going wrong – they weren’t quick enough to react when he other team had the ball at the start of the game – they were usually halfway to the try line before our lot had switched themselves on. They started switching themselves on more and winning games.

Every time my son got the ball, he was like lighting – charging through the opposition. They didn’t stand a chance. On the rare occasions they did tag him (it’s a belt with ‘tags’ on which you rip off instead of tackling, the player then has to pass the ball), his rival turned team-mate was right there next to him to receive the pass. 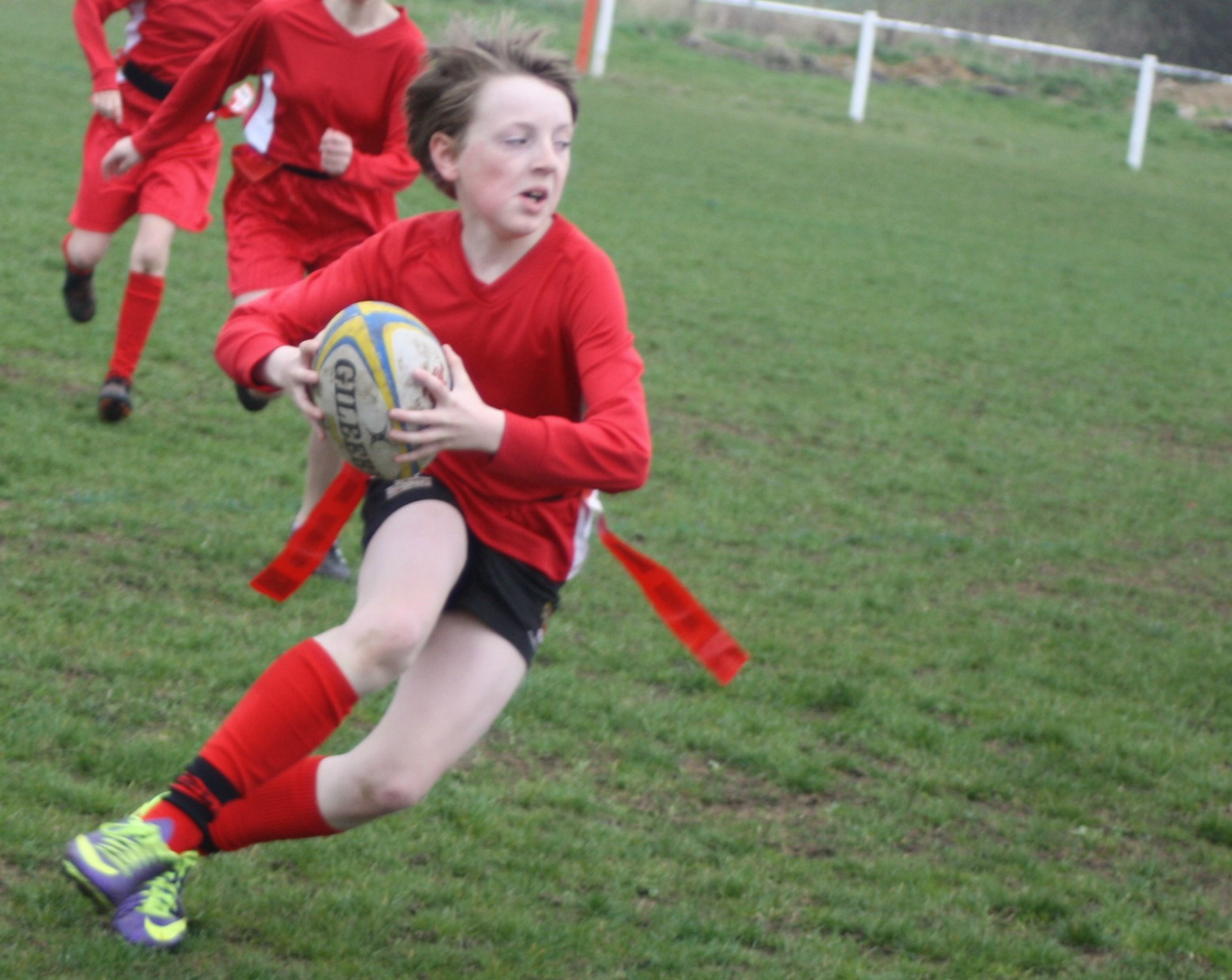 This was a MIXED rugby tournament. For boys AND girls. The only game they lost was against a team of all boys. They looked like they were all year 6 boys at that. It wasn’t a boys’ school, so it didn’t really seem in the spirit of the thing to take an all boys’ team.

They came second in their group, which was amazing, considering they were a player down. The other team from their school came fourth with the full eight players.

In the afternoon they were put in a group with all of the other teams who came second. There was a group of teams who came first, third etc. All of these groups would have a different sort of trophy – cup, plate, small plastic beaker from Ikea… (I may have made one of those up.)

Our team won the first game 4-1, but it wasn’t a pleasant experience. Our second try was scored by a kid without a tag. Technically, this makes the try invalid. But the ref allowed it (the ref’s decision is final, some decisions are wrong, some wrong decisions go in your favour, others go against… ).

Anyway, we went on to score more tries. If it had been 2-1, we might not have felt entirely comfortable with the win, but it was 4-1. A decisive victory. The opposition said ‘hip hip boo’ and refused to shake our team’s hands. AND their teacher didn’t tell them off for it.  At the end of the day, it was the ref’s decision, not ours. Our team hadn’t been cheating. The teacher looking after our team didn’t even know that a try was invalid if the kid who scored only had one tag.

From there we lost in the semi final and lost in the 3rd/ 4th play-off (you needed a masters in rocket science to work out who should be playing who), coming 4th in the ‘cup competition’, about 12th overall out of over 40 teams.

I was proud of what the team had achieved, but most of all I was proud of their star player, the boy who was instrumental in the tries and the tagging. The boy who has scored 12 tries. My son.