I was very proud to have not one, but both, of my younger kids selected to represent the school in the inter-school athletics competition for years 3-6. It was especially exciting for my son, who had somehow been overlooked for the team in previous years. There were 15 local schools, both state and private, taking part in the competition at a local stadium.

My son, who had allegedly not even been good enough for the relay team in previous years, was all of a sudden the fastest runner in his year and had been selected for both the sprint and the relay. My daughter, the second fastest girl in her year, was in the relay.

The competition started with girls’ and boys’ long distance races for years 5 and 6 only – sadly our school did rather badly in each, but the support from the team was brilliant. Then it was onto the sprint races. Each year group had two heats – so they ran year 3 girls, then boys, then onto year 4 girls, right through to year 6. The year 3s and 4s ran 60 metres and the year 5s and 6s ran 100 metres. Our school got a handful of 4th places, scraping into the finals, and a lot of 7ths and 8ths.

Then it was my son’s turn. He got off to a pretty slow start, but the determination on his face was incredible to see. He ran as if his life depended on it and I shouted and shouted at the top of my voice. I could see he was going faster than some of the others, but that slow start had let him down. I couldn’t see the finish line, but I thought he’d come 4th. It was much later that I discovered he’d come 7th, out of eight.

The year 3s and 4s ran a 4 by 50m relay and my daughter’s team was the very first one up. I positioned myself right by her baton changeover, so I could cheer her on. My daughter was running second, which seemed strange. As the fastest runner in the team, she should have been running last. Maybe she was better at the changeover than some? The first runner got off to a slow start. My daughter took the baton and ran as fast as she could, but the team was already falling way behind. She fumbled her changeover a bit, which is a shame, because she’d told me how well the changeover worked with the girl running third. The final runner ran as fast as her little legs would carry her – she really was very fast – but they had no chance. They crossed the line in last place. 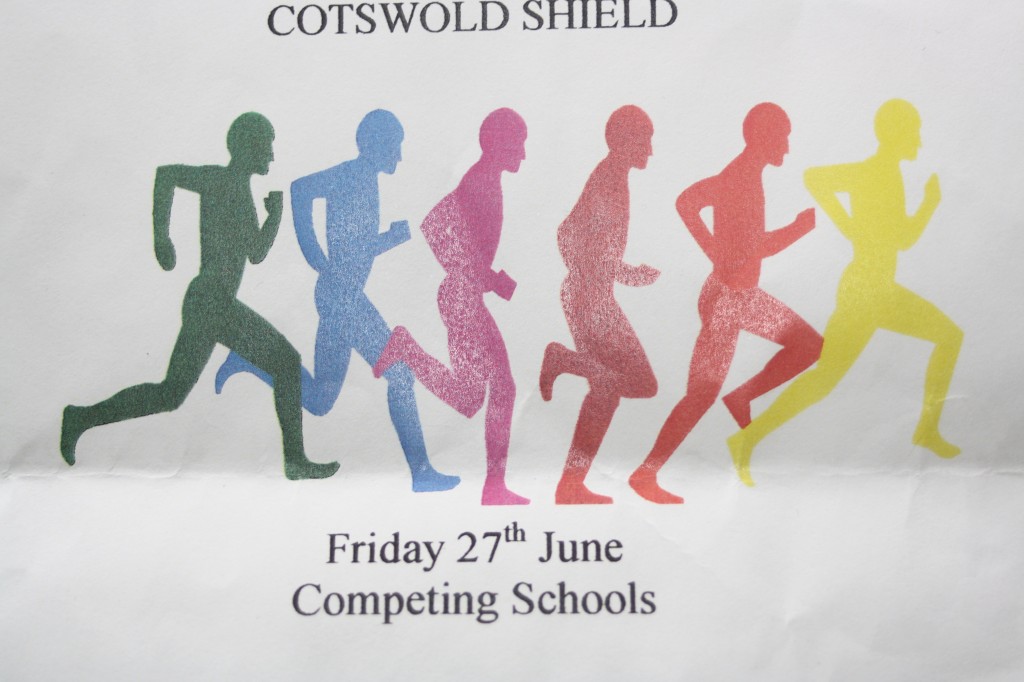 Eventually it was time for my son’s relay race, which was 4 by 100m. He was running second too. The changeover was smooth and he ran a fast, strong race. But they were already behind. With the track being so big, I couldn’t see the finish line and I’m not sure whether they came 4th or 5th, but they certainly didn’t get through to the finals.

So this isn’t one of those posts where my kids show true grit and triumph over diversity. But they did their best. I was so proud that they were picked for the team. And, seeing other schools, I realised that sport isn’t really our school’s thing. They take part in a lot of competitions, but they don’t train hard for them. They just go along and do their best. Only one year 6 boy won his sprint final (he has won it every single year) and a handful of sprinters made it through to the final. There wasn’t a single relay team from our school that made it through to the finals.

But, do you know what, much as I like my kids to win, I don’t really mind. Because our school gives the kids a really broad experience. They get to take part in some amazing things – sport, arts and academically – and they go to a school which I’m proud to be a part of. That’s worth more than an athletics trophy.

Linking up with Loud ‘n’ Proud, hosted this week by 3 Children and It.