When I look back at 2013, my view is somewhat clouded by the last couple of weeks in November when everything started to go a bit pear-shaped. But in retrospect, moving into a rented house, having your wisdom teeth taken out, your husband cutting his face and having stitches and the threat of redundancy isn’t that big a deal. But it is rather a lot to happen in two weeks.

We lost our old house. Not in the scary, couldn’t pay the mortgage sense, but in the everyone else in the chain is ready to move apart from your seller and if you don’t make the sacrifice, everything might crumble sense. So we took one for the team. A team consisting of people we have never met and (with the exception of our buyers) are never likely to meet, and we moved out of our old house and into a rented one. 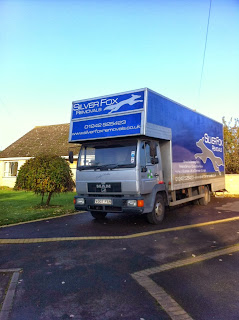 I gained a new love in the form of my brilliant baby niece. She was born just days before 2013 began, so I can’t say I gained her in 2013, but I certainly gained love for her. Having never had a flesh-and-blood niece or nephew before, I didn’t know it was possible to love another child almost as much as your own. My niece has brightened up our lives. She is happy and friendly and very funny. We all adore her.

We found a new one way back in the summer. It’s the house we’d had our eyes on for a couple of years and is just round the corner. In the meantime, we are living in the house which belongs to my friend which she very conveniently moved out of just before we sold ours. It is two doors down from our old one.

Reading that back makes it sound like a poor soap opera storyline. But it’s my life and it’s all true.

This was the year my travel-phobic family conquered its holiday demons and WENT ABROAD and loved it. We had to deal with fear of flying, fear of foreign food, fear of foreign countries and fear of travel sickness, all thanks to an ill-fated trip to Italy three years beforehand. We all went to Barcelona and it was an amazing experience. The kids are no longer scared of going abroad, so maybe we will do it again!

My husband and I even went to Amsterdam for our very first holiday without the kids.

I’m still there. Just. The same place I’ve worked for nearly 15 years. It changes all of the time and a few weeks ago we heard that it would be changing again. People are going to be made redundant. I don’t yet know if one of those people will be me, but I do know I’m going to have to apply for jobs and be interviewed for them. Something I’m not looking forward to in the slightest.

I’ve never really been one for resting. I’m always on the go and that’s they way I like it. Over recent months I’ve found I’m sleeping less and less. I wake between 5 and 6am every day and I don’t know why. I tend to just get up at 6 now, whatever day it is as there’s no point lying in bed awake. I might as well get up and go on Twitter make myself useful.

We’re none of us getting any younger, including my kids. My eldest is now just six months off being a teenager (how did THAT happen?!) and can sometimes be quite grown up and mature. Sometimes. My younger son is thriving as ever, with a big smile on his face and a bounce in his step. My baby girl is not my baby girl any more. She is self-assured, hard-working and organised, as well as being beautiful inside and out.

I entered a whole new decade three months ago – I turned 40. I am not unhappy or stressed about this. I am feeling positive about the whole thing. Having a two-week long celebration also helped to numb any potential pain. 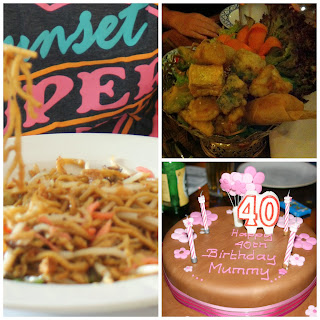 I have small regrets which niggle me, namely that I didn’t get myself a whole different career from the outset, or change jobs a lot earlier than I did. But how can I regret much when I have the amazing family I always wanted?

Is a bit weird. What with being ‘squatters’ in my friend’s house, but it’s kind of not as weird as I would expect it to be.

I’m looking forward to 2014. I got a bit fed-up of 2013 towards the end. I may not know the exact date I’m going to move into my new house, but I know it will be very soon. The future may also hold a job or no job, but I will take it as it comes.

I am happy to admit that I totally nicked the format of this post of the most awesome Sonya Cisco aka Rock ‘n’ roll mum. She did such a good job of it that I couldn’t think of any better way to write a round-up of my year. Read her original post right here.