I’m not a fan of November. If I were to rank all the months of the year, it would be right down there at number 11, with only January below it. November is too dark, too cold, too damp and too damn miserable. The beauty of autumn is all about October. November is the long, dark descent into a long, dark winter.

But this year November has been worse than usual.

First my husband cut his face then I had my wisdom teeth out. I took a day and a half out of life, then carried on as normal. It was eight days before I could eat my beloved Green & Blacks, 10 days before I could eat rice cakes and go without any painkillers at all. When I tried to eat an un-cut apple 10 days after the operation I realised that was still a long way off.

It was eight days after the operation that I began to feel good. Only then did I realise I hadn’t been feeling right for a week.

While I was still feeling bad, my brother’s beloved dog died. It seems silly to get upset about that, but that dog and my brother were so close. She made his life complete and she died suddenly and tragically. It was a few days before I could even talk about it without crying. And I’m not a dog person at all. I was crying for my brother and his partner and how devastated they would be feeling.

Regular readers will know that November was also the month where my house move started to go pear-shaped We feared the whole thing might fall through, so we took action and moved into temporary accommodation It wasn’t an easy thing to do, but making sure we got to move into our dream home at some point was the priority.

So that was my November. And this is the picture which best sums it up. 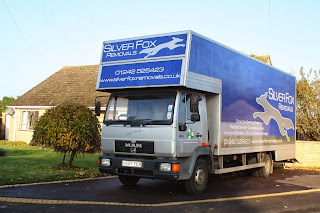 We’re getting settled into our temporary home now and I’m hoping for an easier December and a happy new year in our new home.
Linking up with The Gallery at Sticky Fingers. Pop over to see how others have interpreted ‘November’.