I saw a bit of a buzz on social media when The Slow Lane Walkers Club by Rosa Temple was published a few weeks ago. I must admit, I thought both the title and the cover were a bit naff. But then I picked up a copy in Sainsbury’s to read the blurb. When I realised it was about friendship between different generations, I couldn’t resist buying it. I do enjoy stories about different generations – like The Lido, All the Lonely People and The Switch.

The blurb said it was set in Cornwall. Even better, I discovered it was set in Trevone – the village close to Padstow where my favourite beach is. It makes lots of references to Padstow and the South West Coast Path, which we walk every year, so I was fully on board as soon as I started reading.

The Slow Lane Walkers Club is the story of 30-year-old Daniel. Daniel has been summoned home to Trevone by his sister to deal with their late grandmother’s house. He has spent the last few years working as a walking guide at Mount Etna and partying hard with other dropouts. He really doesn’t want to go back to Trevone.

Initially, Daniel comes across as a bit of a dickhead.

To try to get some excitement out of his new, boring life, Daniel starts a walking club. But on day one, only one person turns up. Hazel is in her 80s, walks with a stick and wears Crocs. Daniel is tempted to give up on the idea of the walking club before he even starts.

But slowly Daniel gets to know Hazel and realises what an amazing person she is. Hazel also helps him to know and understand his grandmother and his own family much better. They might not walk quickly, but as Daniel builds up his walking club, he begins to understand that there is more to life than going fast.

The Slow Lane Walkers Club isn’t a great work of literature, but it is a sweet story about friendship and community.

I just have two small gripes. The first is the lack of an apostrophe in the title. The club belongs to all the walkers, so there should be an apostrophe after the s. The other is that the dialogue is a bit clunky. It’s one of those books where too much of the plot is shoehorned into the dialogue and it’s not actually the way people speak in real life.

But if you can ignore the gripes and you’re looking for an easy summer read, I would definitely recommend The Slow Lane Walkers Club. 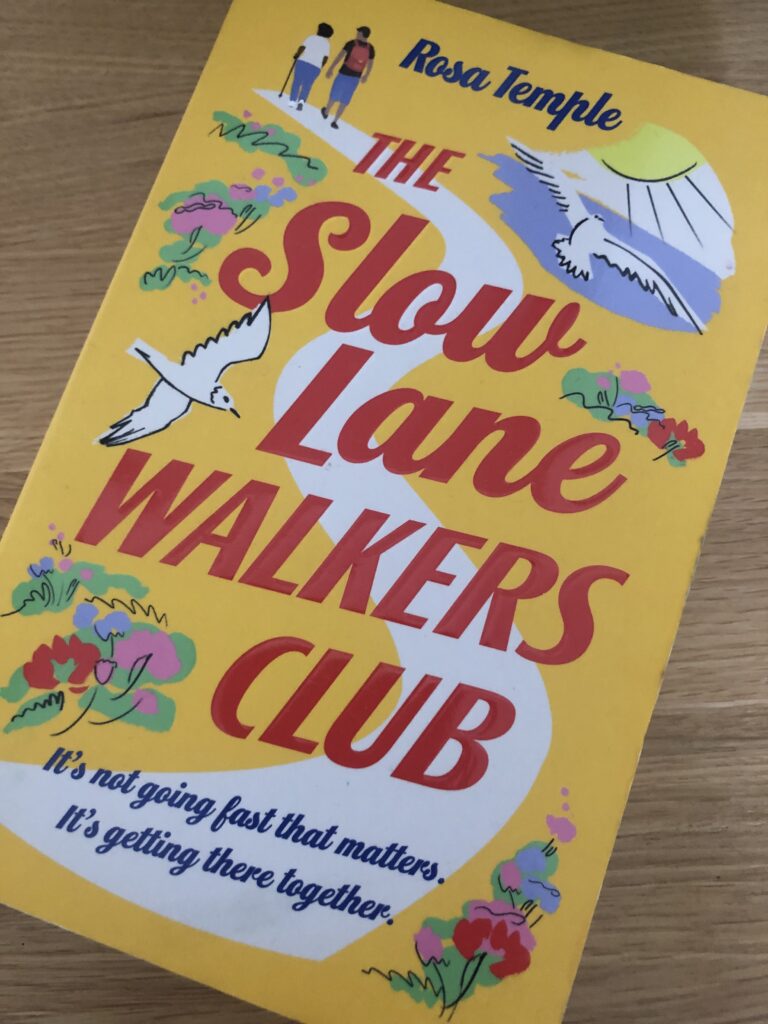