Daughters of Night by Laura Shepherd-Robinson

I bought Daughters of Night by Laura Shepherd-Robinson in Sainsbury’s a few weeks ago, because I liked the cover. I’ve been really getting into historical novels over the last year or so and it looked right up my street.

Daughters of Night is set in London in 1782. I’m not sure I’ve read any books set in that era before. It actually reminded me quite a bit of The Doll Factory, which was set in Victorian times, as it has a similar theme around artists and models.

Caroline ‘Caro’ Corsham discovers a woman bleeding in a London park. The woman dies in her arms – she has been murdered. When the woman’s identity is revealed, the police decide not to investigate. Caro sets out to solve the crime herself, employing the services of thief-taker, Peregrine Child, to help.

Caro is a rich society lady. Her behaviour in investigating a murder isn’t seen as fitting for a woman of her status. She is also putting herself in danger, as a group of rich, powerful men don’t want her to get to the truth. While Caro conducts her investigations among the ‘Beau Monde’, Child focuses on London’s prostitutes and seedy taverns.

The story is set against a backdrop of wealth and debauchery. Rich men are willing to spend a lot of money on the best prostitutes, and some of the harlots themselves are as rich and as well-dressed as any society lady.

Daughters of Night has a fairly big cast of characters, who are all fundamental to the story. There is a guide to them at the start of the book, which was a very useful reference, but I’d got used to them all after about 200 pages. Caro is a fantastic, feisty character, who doesn’t seem at all typical of women of her time.

I absolutely loved Daughters of Night. I loved the characters (even the many horrible ones), the settings and the plot. The story has lots of twists and turns. It is over 550 pages, but never gets boring.

If you like a crime novel or a historical novel (and especially if you like both), I can strongly recommend Daughters of Night. 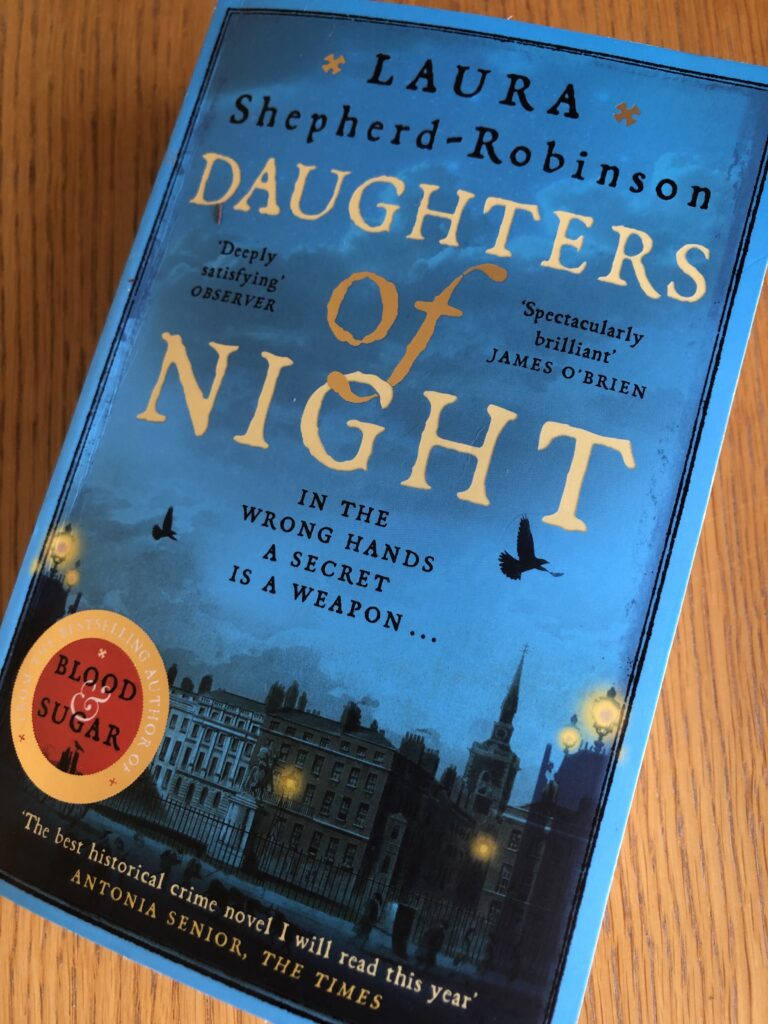