When Hetty the cockapoo (or cockerpoo) puppy had her jabs at 12 weeks, the vet said she was ‘very lively’. I initially took this as a compliment, but afterwards I beat myself up over not asking more. Was she more lively than other puppies? Was she too lively? I’ve never had a puppy before, I don’t know what’s ‘normal’. It was like when I heard the health visitor describe my eldest as ‘very fractious’. I knew he cried a lot, but I didn’t know it was more than ‘normal’ as I’d never had a baby before.

Once she was fully jabbed, Hetty was free to attend puppy class. I found a course starting nearby only 10 days after her jab. It was a six week course, an hour a week. Puppies had to be between 12 and 20 weeks to start and there was a maximum of eight puppies at a time (as it happens, our class only had five).

My husband, daughter and I were really looking forward to taking her. But on the first day, my husband was away with work. Then I had an emergency wisdom tooth extraction and was advised to rest for the day. My mouth was still bleeding when the puppy class started. Luckily, my younger son can drive and is an actual adult, so could step in to take over.

So my son and daughter collected together the treats, the lead, the toy, the water bowl, the poo bags etc etc (travelling with a puppy is like travelling with a baby), strapped Hetty into the car and went off to puppy class.

When they got home, my son carried Hetty in and announced ‘Here’s the class clown’.

It turns out that Hetty IS livelier than other puppies.

Apparently all the other puppies were bigger than her – slightly older, but also bigger breeds. They had all sat nicely while the instructors were talking, while Hetty had fidgeted and run around. My kids had needed far more extra help than the others. The puppies weren’t allowed to interact, but Hetty wouldn’t leave the puppy next to her (or his blanket) alone.

Luckily, everyone seemed to like Hetty, despite her mischievous ways. And the kids came home with lots of advice to practise at home. We needed to significantly increase the number of treats we were giving her.

I went to puppy class the following week, with my husband and daughter. While I enjoyed seeing all the puppies, I felt a bit judged and inadequate. The instructor was very strict, with no sense of humour. Everything had to be done in a very precise way and we couldn’t always get it quite right. We even had the wrong treats. We needed to have ‘high value’ treats like cheese or meat, rather than the biscuit-like things she has at home.

By week 3, Hetty recognised the building as soon as we arrived. She was shaking (and weeing) with excitement and pulling at the lead to get inside. I also felt a bit better about things. The instructor had told us the puppies were too young to understand voice commands. She’d shown us how to get them to sit first with treats, then with hand signals. Hetty was already very good at sitting when she was just told ‘sit’. We also had to do some practise with a towel and a brush, so they could get used to handling, grooming and going to the vet. As the puppy with the longest hair, Hetty is already used to a brush, and sat very nicely to be brushed, while the other dogs fidgeted.

I felt even better by week 4. All of the dogs had their own personalities and their own strengths. Hetty wasn’t going to walk nicely on a lead. That was a challenge for both Hetty and me. The technique was so precise, it was difficult for us to understand. but there were things that she could do that the others couldn’t. And everyone loved to see how excited she got about everything.

Every week at puppy class, we learn four or five different things – usually a harder version of something we’d learned the week before. I decided that if we could learn half of the things and practise them at home, that was OK. Some things I learned the principles, even if we didn’t manage the full technique.

Everyone had told me the main reason for going to puppy class is so the dogs can socialise. We were banned from letting the dogs interact. Hetty was desperate to play with them all and I think two or three of the others were desperate to play too.

We’ve just got two weeks left now. Will they be allowed to play in the last two weeks? I don’t know.

I am glad we went to puppy class, as we have learned some useful things, which have been good for Hetty and for us, but I wish it had been a bit more relaxed. I didn’t like feeling inadequate or the instructor’s complete lack of humour.

Are all puppy classes like that? I will never know. We’re certainly not signing up for ‘older puppy’ classes or any of the adult classes! 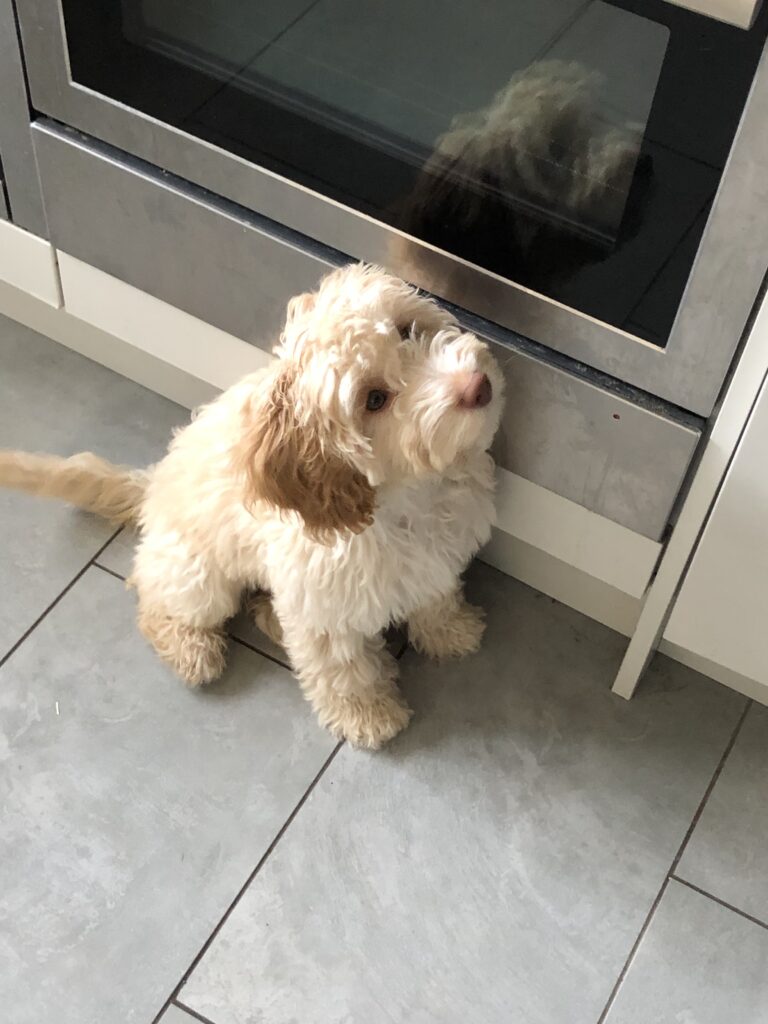