Our Little Cruelties by Liz Nugent

Our Little Cruelties is a novel by Liz Nugent, an Irish writer who writes dark family stories. I really enjoyed her novel, Lying in Wait way back in 2017 – it was actually one of my favourite reads that year – and have been meaning to read another of her books ever since.

Our Little Cruelties is the story of three brothers – Will, Brian and Luke. It starts with a funeral and the words: All three of the Drumm brothers were at the funeral, although one of use was in a coffin. It isn’t clear which of the brothers is narrating, nor which of them is in the coffin.

Their mother dished out her love unevenly and the brothers became rivals and occasional allies from a very early age. They aren’t particularly close, and dip in and out of each others lives over the years.

Each of the brothers narrates a third of the book – Will, then Luke, then Brian. The story moves backwards and forwards through the years – from as early as the 1970s to as recently as 2018. We see some scenarios from more than one brother’s viewpoint.

Having been rivals for their mother’s affections, the brothers go on to be rivals for money, fame and women. Will is most driven by women and has some particularly nasty views and behaviour towards women. Brian is driven by money and doesn’t mind who he cheats to get it. Luke is an alcoholic and mentally ill.

All three characters are pretty nasty and will do anything to get what they want. I spent most of the book being horrified by their behaviour, and wondering which of the brothers was going to die, when and how.

I really enjoyed Our Little Cruelties, but it probably won’t be everyone’s cup of tea. For me, it wasn’t quite as good as Lying in Wait, but it was still very good. If you enjoy a dark read and you don’t mind nasty characters, I would definitely recommend it. 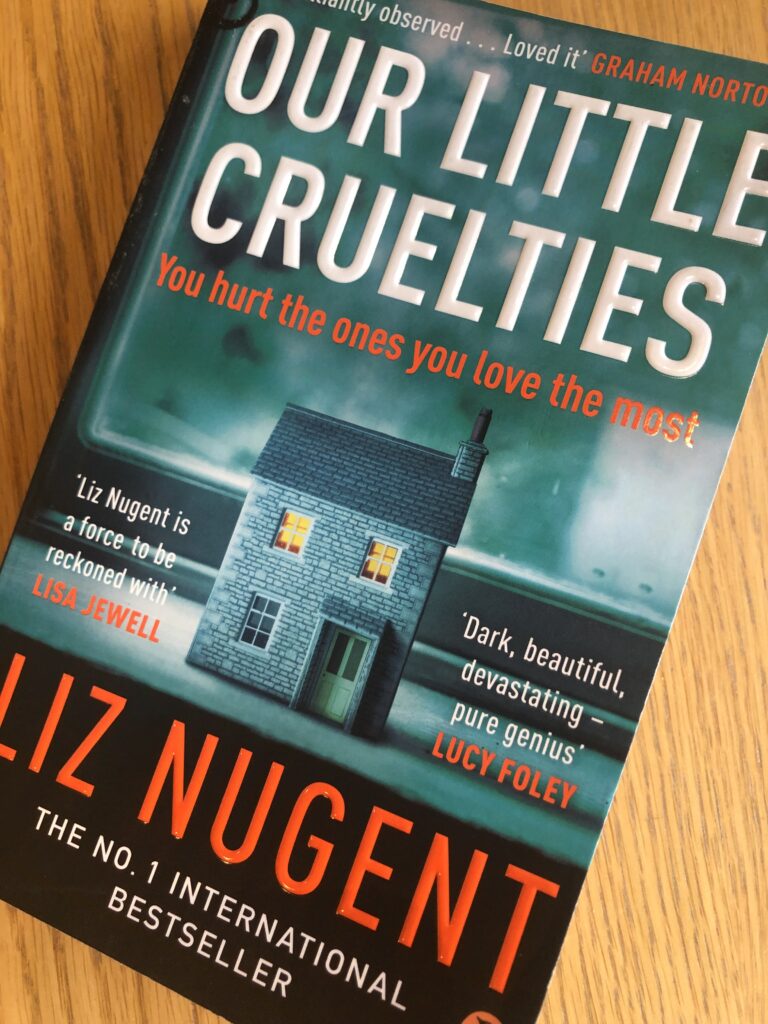