The Break by Marian Keyes

The Break is the third of my summer holiday ‘easy reads’. It might not actually have been the best choice in some ways, as it was Marian’s previous novel, The Woman Who Stole My Life, which took me almost the entire duration of the summer holidays to read, meaning I didn’t enjoy it as much as I should have done.

But I love Marian Keyes and had heard good things about The Break, so I decided to give it a go, even with its 600+ pages.

When Amy’s husband, Hugh, announces that he needs to take a six month break from their marriage, Amy is devastated. He says he still loves her and promises he will be back after the six months is up. But even if he does come back, how can anything ever be the same again?

As Amy struggles with her own grief and shame, while juggling a demanding job and her three grown up and nearly grown up daughters and nearly daughters, she wonders if maybe she too is on a break?

Amy is a very likeable character and her love for her family gives the book a lot of warmth. But there were still times when I wanted to shout at her, because she was far from perfect.

The Break is a really good story, easy to read and written in Marian’s unique, entertaining style. To me, it’s not laugh-out-loud funny, but it is still very humorous. I always particularly like Marian’s Irish words, like ‘spendy’ for expensive and the many derivatives for the word ‘ride’ for you know what…

If you’re looking for a fun read (which is still moving and has plenty of dark moments) and aren’t put off by the huge thickness of the book, you could do a lot worse than The Break. It really is classic Marian Keyes. And that has always got to be a good thing, right? 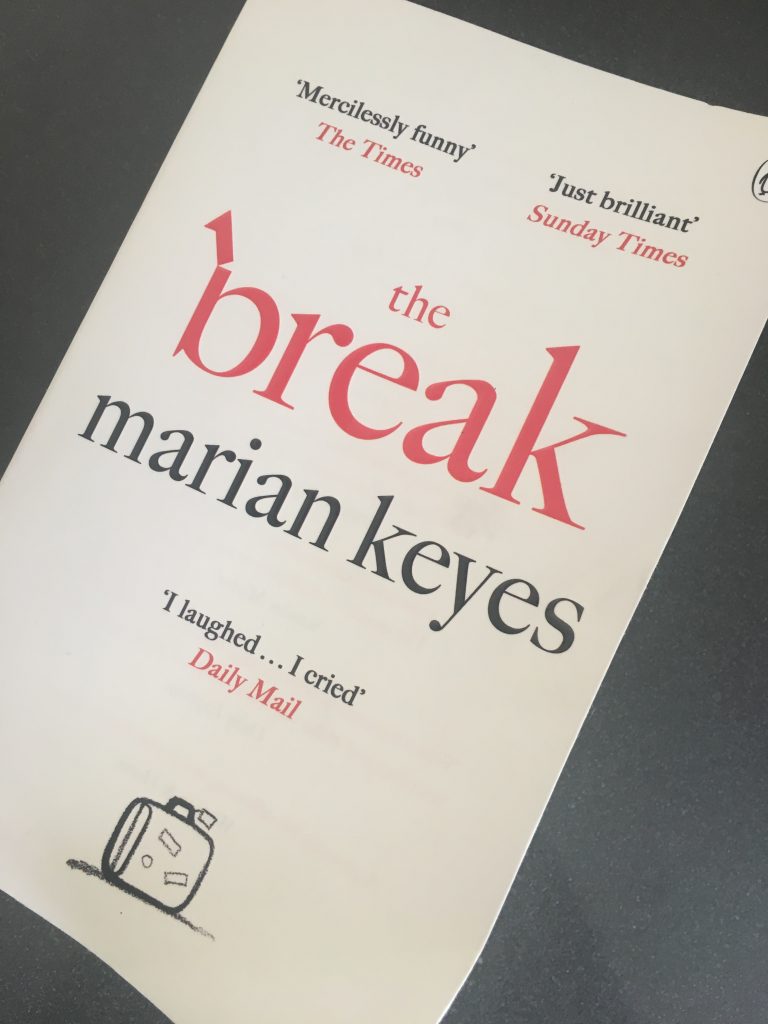