Tombland is the seventh (and currently final) book in the brilliant Shardlake Tudor detective series by C J Sansom. Regular readers of my book reviews will know that I really love this series – and it was what inspired me to first start reading more historical fiction.

Every time I read one, I think ‘Is this the best one?’ and I never really know. Sometimes they have a slightly slow start, but it feels like Tombland was straight in with the action right from the word go.

Three years on from the events of previous novel, Lamentation, and four years on from Heartstone, Matthew Shardlake is now working as a lawyer for the Lady Elizabeth (who would later become Elizabeth I). She summons him to look into the death in Norwich of a distant relative, Edith Boleyn, who was found murdered in a particularly gruesome way. Her estranged husband, John Boleyn, looks set to hang for the murder. But did he really do it? And if not him, then who was it?

Shardlake and his assistant Nicholas Overton head to Norwich, England’s second biggest city, to find out what they can about the murder. There they meet up with Jack Barak, Shardlake’s former assistant (and one of my favourite literary characters ever), who is only too happy to help with the investigations.

This is a massive book (just over 800 pages), but the story of John Boleyn more or less concludes about halfway through. So what happens in the next 400 pages? It seems almost like a completely different story, as Shardlake, Nicholas and Barak get caught up in peasant rebellions in Norfolk.

As ever, the story is set against the backdrop of real events – the peasant rebellions – and includes real characters from history. There is a comprehensive historical note at the end for anyone interested in finding out more about the background to the story.

The body count and bloodshed in Tombland is particularly high, but I loved the ending.

So is Tombland my favourite Shardlake story? I think it is!

You can read Tombland as a stand-alone novel, but it would make far more sense to read it as part of the series. There are a few references to events in previous novels and it is interesting to follow the main characters and their changing relationships over the course of the series.

Sadly, it looks unlikely that there will be another Shardlake novel, as C J Sansom was diagnosed with terminal cancer a few years ago. 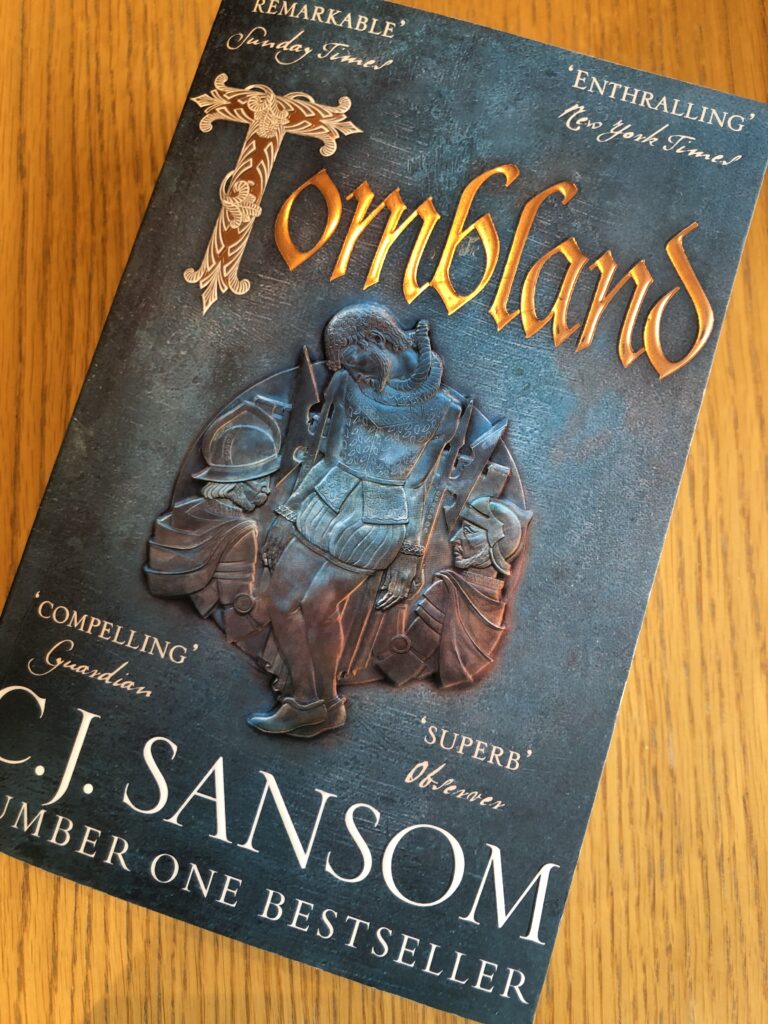