After months of wondering whether to get a dog, when to get a dog and what sort of dog to get, things snowballed rather quickly.

On Friday 14th January, we started looking at cockapoo (or cockerpoo) litters on the internet. There were two litters in Hereford. The next day, my husband settled down with his laptop and looked at the litters again.

‘We could arrange to go and see them?’

The puppies in all the litters seemed to be colour coded. My daughter decided she liked ‘red girl’ and ‘black girl’ in one of the litters. We rang up the breeder. We could go and see them. We would be there in an hour.

We thought we would call the other breeder while we were there. My daughter had identified her favourite in that litter too.

Of course, we never rang the other breeder.

We walked into this small farmhouse and there was basically a large bucket of tiny, crazy dogs. One climbed up to me, so I picked her up. This was ‘orange girl’, the runt of the litter, and she was very sweet. My husband found ‘black girl’ and picked her up. Then I swapped ‘orange girl’ for ‘red girl’. (They all wore a collar in their colour to differentiate them.) 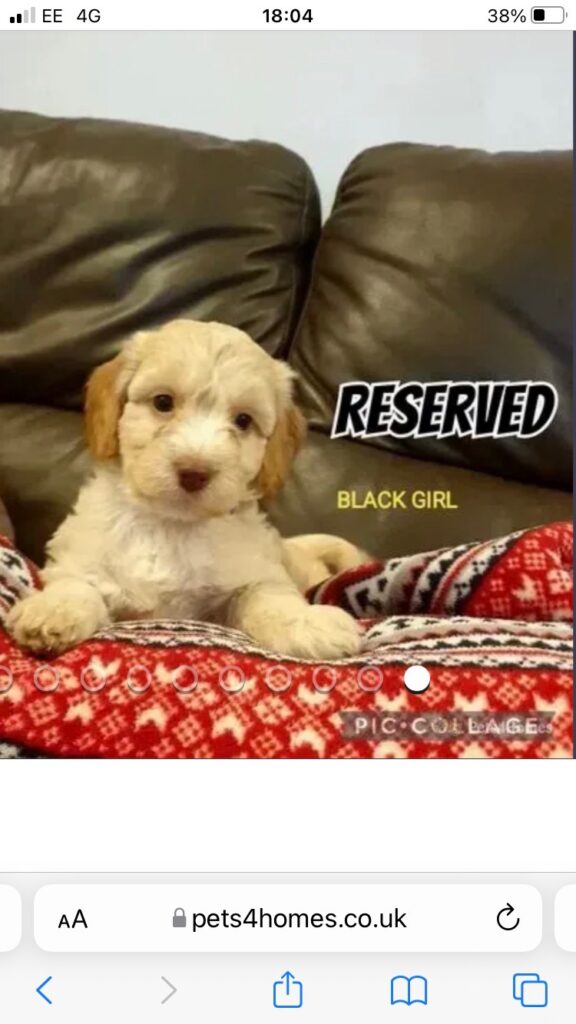 I’d always liked brown cockapoos, but my husband liked lighter coloured ones. The whole litter was light coloured. There were definitely no brown ones.

My husband had insisted that he have final say on the choice of puppy. He knew that my daughter, younger son and I would love the puppy regardless of what she looked like, but he was less keen to get a dog, so he had to choose one he thought was cute.

He never put ‘black girl’ down. She was the lightest coloured in the litter, who looks a lot like my son’s girlfriend’s dog. She was also the biggest.

My husband didn’t even consider ‘red girl’ or ‘orange girl’. He’d made up his mind.  Even better, it turned out that the breeder’s daughter had given her a name – the only puppy with a name – and it was my daughter’s name. It was meant to be.

The puppies were ready to leave, but we weren’t ready for a puppy.

Could we pick her up next week?

I could tell the breeders weren’t keen. We could go over one evening in the week?

‘I suppose we could come back tomorrow?’ said my husband.

I felt quite tearful when we left. We were getting a puppy! I couldn’t believe it.

By this time, it was late afternoon on a Saturday. We had a mad dash to Pets at Home in Hereford and another dash to Pets at Home closer to home to get equipped. Who knew there was so much stuff for dogs and puppies? I’ve only ever spent time in the ‘small animal’ section of the pet shop. We got a crate, a bed, toys, puppy mats (for wees), a blanket and food. We also got a tiny lead, two bowls, some special spray for cleaning up ‘accidents’ and worming and flea treatments (which she would need in a month).

We’d talked about the right name for a puppy. We liked Nellie, Doris, Betty and Betsy. But my husband liked ‘Hetty’ best. Hetty was my grandma’s name on my dad’s side. When I told my family we were ‘thinking’ of calling her that, it was decided. They were all so happy that we would name her after my grandma. Even my brother, renowned for his inappropriate banter, said it was a ‘beautiful name’.

Neither myself, my husband or my daughter slept well that night. We were all so excited (and nervous).

We spent the morning puppy-proofing as best we could. We installed a stairgate and moved an old settee down from the landing to create a barrier between the lounge and the kitchen area.

We were as ready as we would ever be. (And I soon realised we would never be ready enough!) 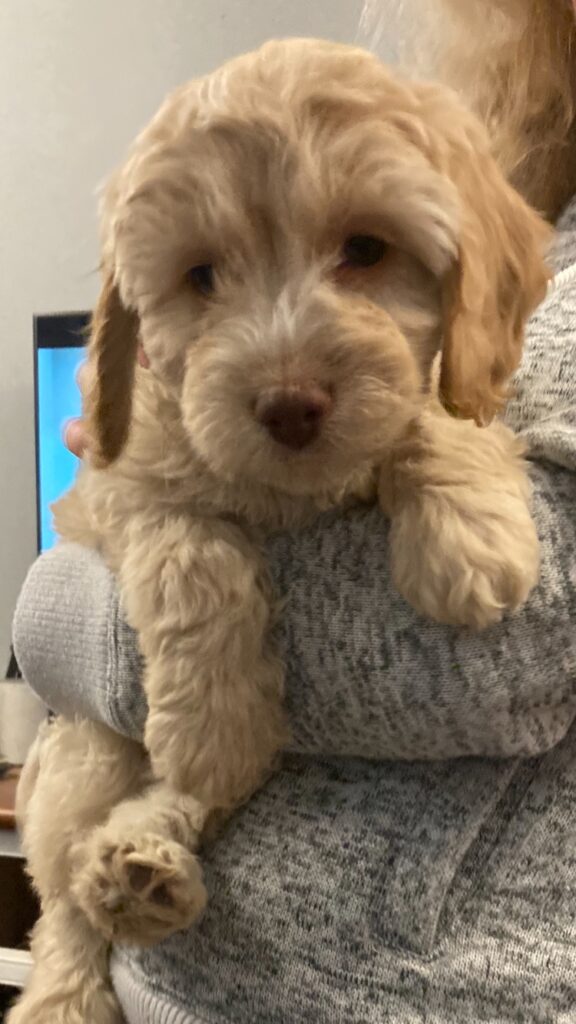