Revelation is the fourth part in C J Sansom’s Shardlake detective series, and could be my favourite yet.

Having seen off five previous wives, King Henry VIII has his eye on a sixth – Catherine Parr. But will Lady Catherine agree to become his next wife?

Two years on from an unfortunate run-in with the King, Matthew Shardlake has turned his back on work involving politics and royalty. Instead, he is dealing with the tricky case of Adam Kite, a teenage boy in the Bedlam mental asylum, whose religious mania could put him in great danger.

But then a dear friend of Shardlake’s is murdered and Shardlake promises his widow that he will track down the killer. But the murder has links to Catherine Parr and isn’t an isolated incident. Before he knows it, Shardlake is back working with the King’s men, while trying to keep an increasingly horrific series of murders hidden from the watchful eyes of Tudor London. Surely the murders could only have been committed by a man possessed by the devil himself?

Will Shardlake track down a Tudor serial killer? And will Adam Kite recover from his mania and leave Bedlam behind?

Shardlake’s assistant Barak and his wife, Tamasin, are back, along with the physician, Guy Malton. The pressure of solving the murders stretches friendships and relationships to breaking point, while they all find themselves in great danger.

Revelation is another brilliant read from C J Sansom, which paints such a vivid picture of Tudor life. The characters are likeable, believable and entertaining and the story is a real page turner. At over 600 pages, there are an awful lot of pages to turn, but I never once got bored!

If you enjoy murder mysteries and detective stories, why not try one set in Tudor times? It isn’t necessary to have read the three previous books in the series, but it would make sense to. You can also read my reviews of Dissolution, Dark Fire and Sovereign. I’m looking forward to reading Heartstone, the fifth book in the series next. 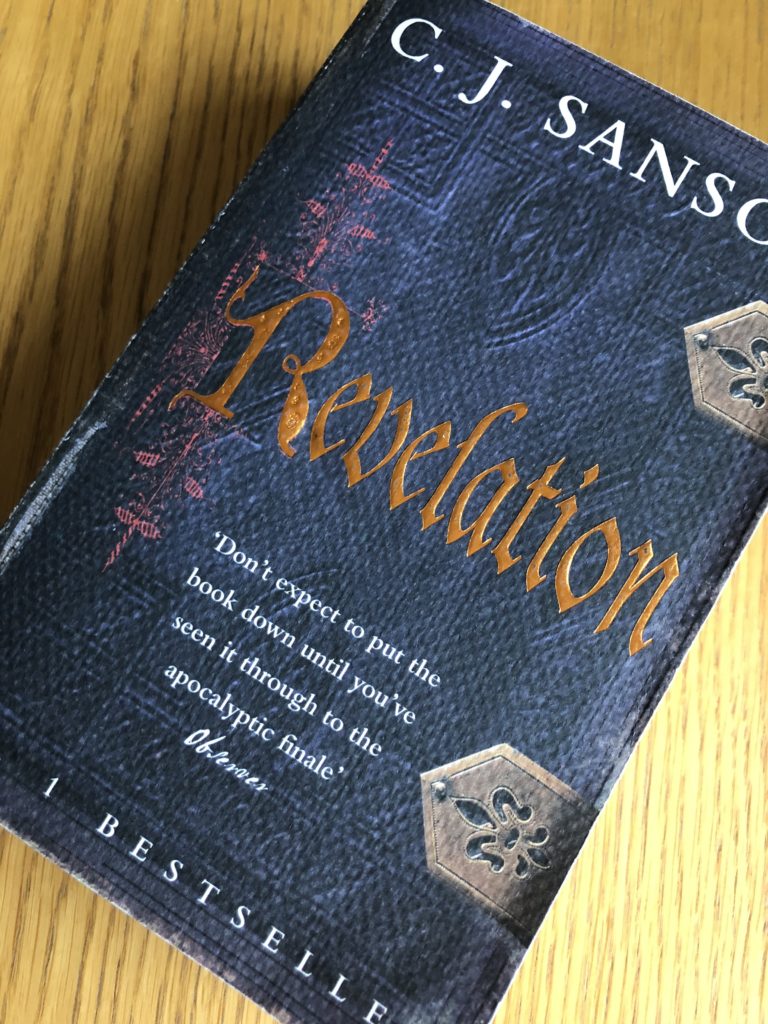