Heartstone is the fifth part in the brilliant Shardlake Tudor detective series by C J Sansom. It’s been a long time since I read a C J Sansom, just because I used to borrow them off my friend and I don’t see her very often these days! So I decided to take the plunge and buy two novels for myself.

In the summer of 1545, Matthew Shardlake is called by Queen Catherine Parr to investigate a sensitive case, on behalf of one of the Queen’s former servant. The servant fears something very wrong has been done to a teenage boy, Hugh Curteys, by Nicholas Hobbey – the man who had committed to care for him following the death of his parents.

Meanwhile, Shardlake’s assistant, Jack Barak (one of my absolute favourite characters of all time) has got himself into a sticky situation and is in trouble with his heavily pregnant wife, Tamasin.

The only solution is for Shardlake and Barak to journey to Portsmouth to find out what is going on at the Hobbey household. While he is in the area, Shardlake also decides to look into the mysterious past of Ellen Fettiplace, who has been in the Bedlam for 19 years.

Shardlake and Barak aren’t the only ones travelling to Portsmouth. King Henry VIII has declared war on the French and thousands of young men are heading south to fight for England.

As the great battleships line up in the Solent, it seems that Shardlake is facing his toughest case yet. While Barak is desperate to return to London and Tamasin, Shardlake takes greater and greater risks to find answers. But does Hugh Curteys even want his help? Should he just give up and head home?

Heartstone is another fantastic read from C J Sansom. It sees the tables turn, as Barak grows up, while his master takes more and more risks.

At over 700 pages, it’s not an easy read, but if you’re a fan of Shardlake, you will love it. There’s no point reading Heartstone as a stand-alone read, because the characters grow and develop throughout the series. I’m now looking forward to reading Lamentation – the next novel in the series. 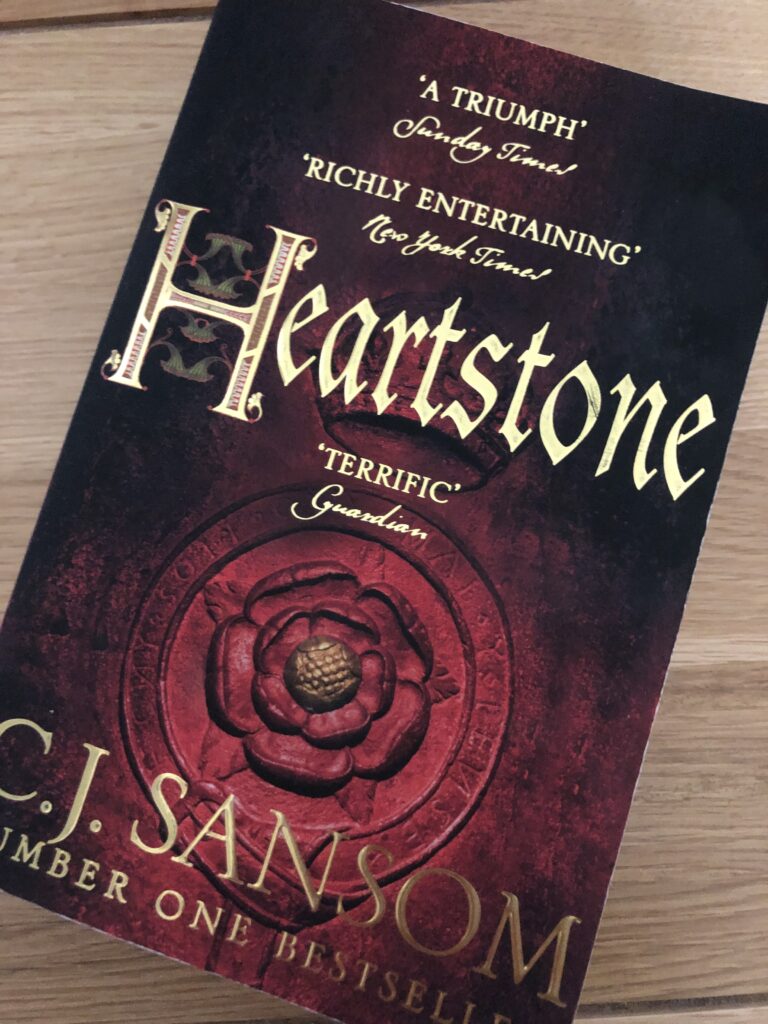