2021 was another rather short year of parkrun. It was announced in March that parkrun would return on 5th June. Then it was announced on 21st May that it was delayed again, as not enough landowners had given permission for it to return. We started to wonder if it would ever come back at all. That really would be a dreadful loss to public health. Parkrun plays a huge role in combating both physical and mental health problems, and easing loneliness – whether through running, volunteering or both.

It was given a revised return date of 26th June.

Then, when the final lifting of lockdown restrictions was delayed, parkrun was given yet another revised return date – 24th July.

So it’s been a short year, but there were still plenty of parkrun triumphs…

While there was no parkrun, there was (not)parkrun. Not many people chose to do it, but I did. Every Saturday, I ran 5k at 9am. I didn’t miss a single week. In the dark depths of winter, my husband and younger son ran it with me. But often it was just me. 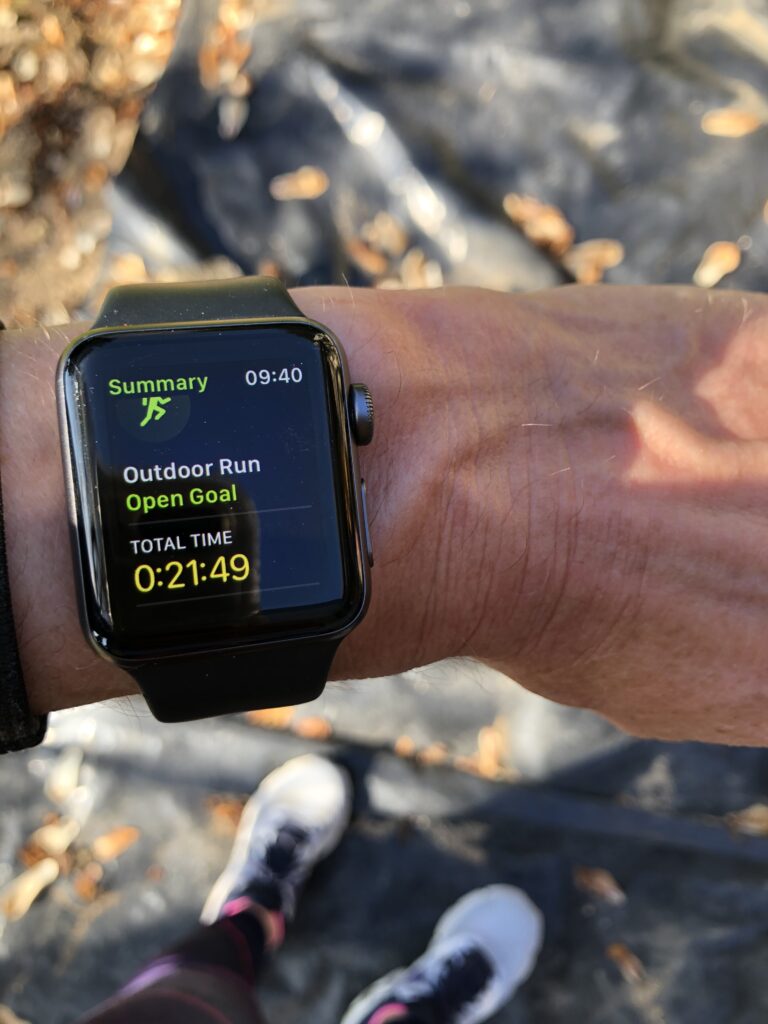 On 24th July, my husband, daughter, dad, sister, brother-in-law, niece, nephew and I all returned to parkrun! My husband and I started off well, both coming first in our age categories. 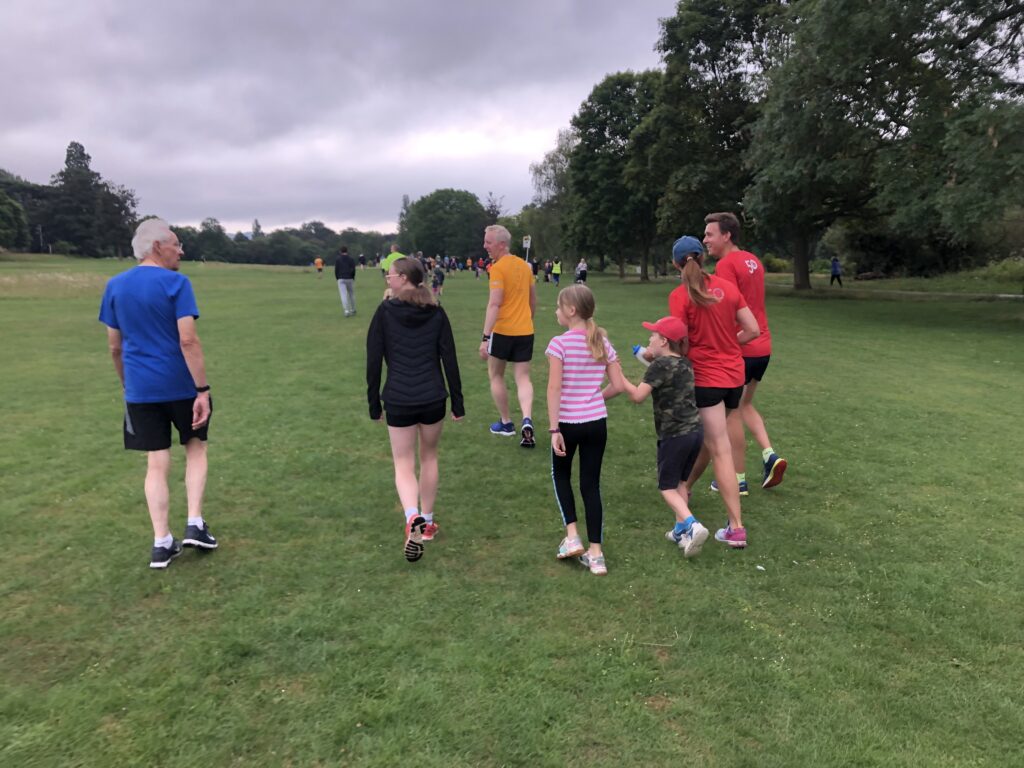 When my dad went back to parkrun, we weren’t sure he would actually be able to run it, having been in hospital on a ventilator with Covid seven months previously, but on 31st July he knocked three minutes off his time from a week before.

On 21st August, my husband, eldest and I all ran The Old Showfield parkrun in Frome. My eldest ran a huge new PB of 21:57. Sadly you have a PB for each course, so it won’t be on the record for our home parkrun. He will have to run it at our home parkrun too!

Also at The Old Showfield, I was 2nd female across the line and recorded my best time at parkrun this year – 23:08.

On 27th November, we ran parkrun in a blizzard. My time of 25:32 was very slow, but everyone was slow and I was second female across the line. 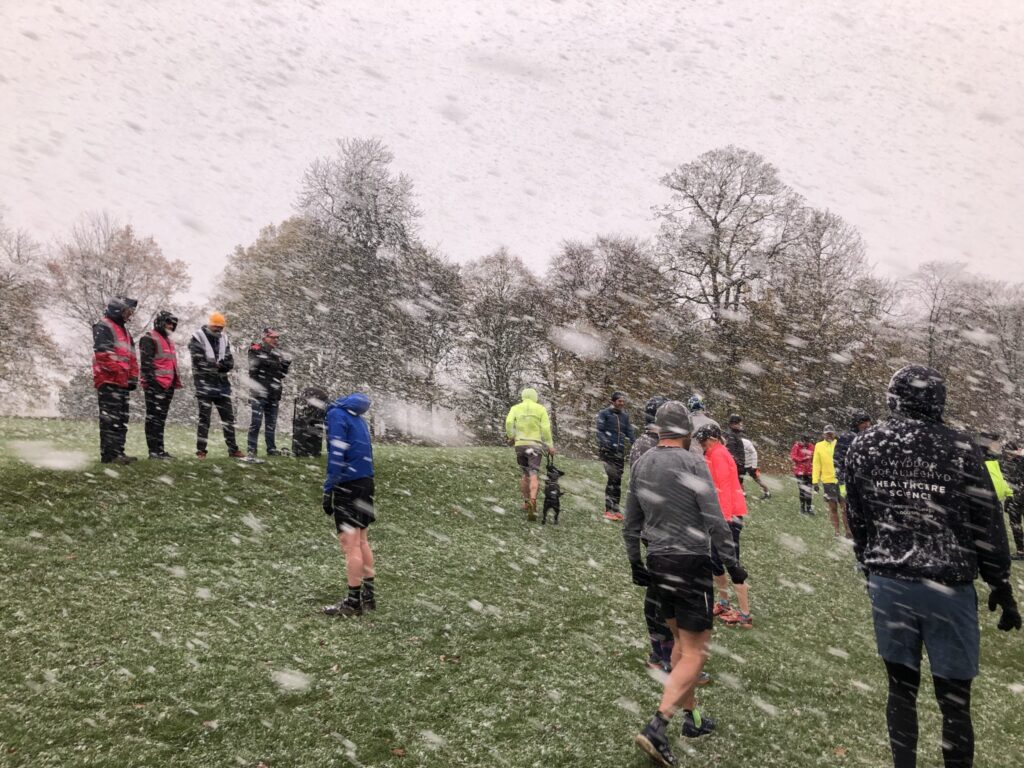 On 18th December, my husband and I ran Forest Rec parkrun in Nottingham. He came in at 12th overall and I was 13th, with my second best time this year of 23:17 and my third time this year as second lady. 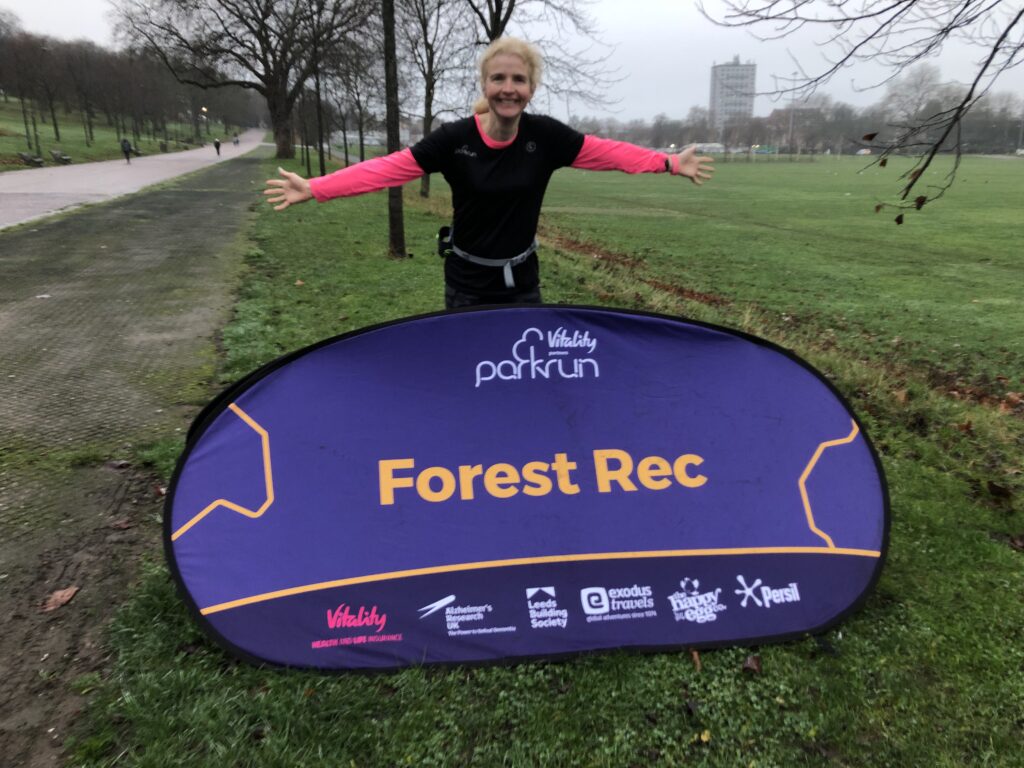 So that’s our parkrun triumphs for 2021. Here’s to another successful (and hopefully full) year of parkrun in 2022.