Covid-19 returned to our family

Covid-19 recently hit our family, having hit us for the first time in April 2020. (There was no testing then, but I had textbook symptoms. It is possible the rest of my family had it in milder form.) I know so many families have been through it lately. So this isn’t a ‘poor us’ post. It’s just about how we managed.

We were lucky in many ways – as my family didn’t get too ill and also because we have extra bathrooms and space to isolate. It was also far easier not having to isolate as an entire family, as we are all double jabbed, apart from my daughter.

Covid-19 had been closing in on my daughter for nearly a month. Her school was hit by a perfect storm of being slow to vaccinate 12 to 15 year olds and the Wolverhampton false negative scandal. Kids were getting positive lateral flows, then negative PCRs. So they were going back to school. Those with symptoms might have taken two or three days off. Asymptomatic kids or kids with very mild symptoms just went to school. And the virus spread like wildfire.

Parts of Gloucestershire had the highest cases in the country in October.

So it was no real surprise when my daughter tested positive on the very first day of half term.

On the plus side, she’d been able to make her brother’s birthday cake and enjoy his 18th birthday the day before.

It doesn’t matter how many friends have already had it and how many people have been fine with it, seeing that extra line on a lateral flow test is still a really scary thing. Both kids have had friends in hospital with Covid in recent months – including a 17 year old boy who can run 5k in under 20 minutes. 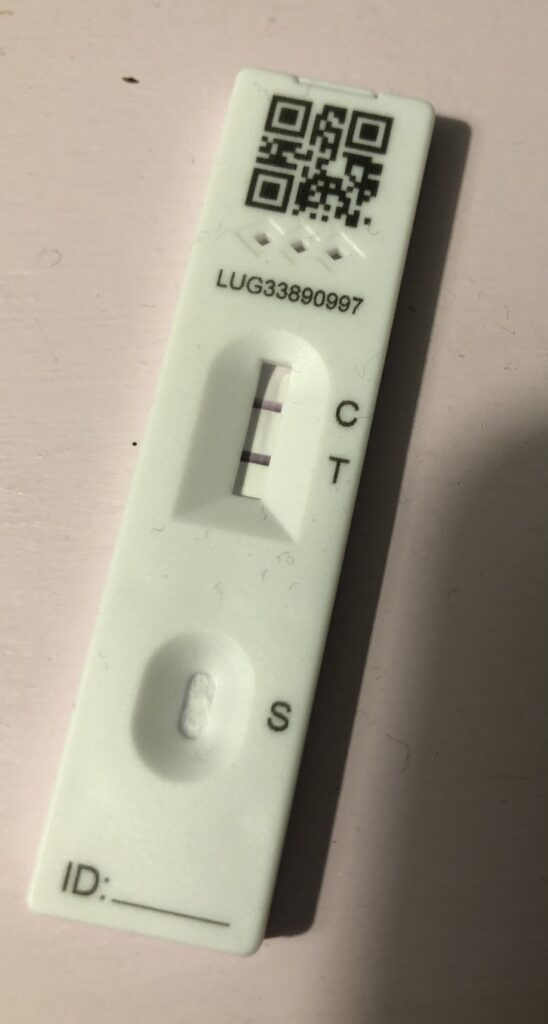 There’s the fear of becoming really ill. The fear of long Covid. The sadness about the things you will miss out on. The worry about how you will cope with isolation…

I know that many people with teenagers with Covid have simply shut their bedroom doors on them for 10 days. Some teenagers actually quite enjoy it! We couldn’t bring ourselves to do that my daughter. It felt barbaric and we knew she would hate it.

So she largely stayed in her room (she had her meals in there), but walked up and down the landing to get her 250 steps in every hour. She was allocated the main bathroom just for herself. I made sure to go and have a quick chat with her outside her room about once an hour to stop her from getting too bored and lonely. Isolation is a lonely experience, even with the door open.

My daughter literally woke up coughing on the first day. It was such a characteristic Covid cough that there was no question she had anything else. She remained very tired for her full 10 days – sleeping 12 hours a night. She had a terrible headache on the second morning – the worst she’d ever had in her life. She had a temperature of just over 38 for a couple of days and started sneezing on the third day.

Her sense of taste went very suddenly. One evening, it had drastically reduced and by the following afternoon it had gone completely. That was particularly hard for her. My daughter had very little appetite for the first few days, but can always be relied on to eat cakes and chocolate. They are also the best way to cheer her up if she’s down. But with no taste at all, there was ‘no point’ in eating them. Strangely, we couldn’t persuade her to eat fruit and vegetables on the basis she wouldn’t taste them though! Her taste came back within three or four days, thank goodness.

About halfway through, she started feeling down about being stuck inside. She had intended to do a lot of revision for her mocks during half term, but was generally too tired and her head too fuzzy to get much done. That got her down too.

Meanwhile, my husband started feeling ill two days after my daughter. It was on his seventh lateral flow test, over 48 hours after he first felt ill, that he finally tested positive.

(I should say that my daughter went for a PCR the day she started feeling ill and the rest of us went for one when my husband had his positive lateral flow. We kept testing regularly after that.)

I then had to do a mad rush around the house cleaning kitchen door handles and switching over the bathrooms. My daughter would use the ensuite with my husband, and the rest of us would use the main bathroom. Luckily, I had already been sleeping in the spare room since my husband first felt ill. Once he’d tested positive, I moved my toiletries out of the ensuite and took a handful of clothes to the spare room. The spare room is also my office and where we dry the washing, so I got through the week largely with a ‘capsule wardrobe’ of clothes which had just come out of the wash!

My husband’s symptoms were much milder than my daughter’s. He had a slight temperature which lasted for several days and a bit of a cough. But he didn’t feel tired or lose his sense of taste.

My daughter was happy to have a ‘Covid friend’ to eat some meals with and watch TV with.

My husband took the kettle, some teabags and some mugs into the bedroom and largely stayed there. Again, he wasn’t shut in, but he only came out very briefly. I made his breakfast every morning – my daughter was always up too late for breakfast. I made lunch for both of them and had to do all of the cooking and kitchen cleaning myself. (Kitchen cleaning is always my husband’s job!) My younger son helped out with a few chores.

My husband had to work the whole time. You might think you can take time off when you’re self-employed, but the opposite is true. The demands are so much greater because nobody else can cover.

He found being stuck in one room hard and I encouraged them both to go into the garden. They were worried that they would get cold, but it was surprisingly warm for the end of October.

I spent a lot of time worrying that I was going to catch it. Worrying makes me feel ill, which convinces me that I actually am ill, which is not ideal.

My main worry was over who would do all the cooking etc if I was ill. Realistically, the boys would struggle to do everything for everyone, even though they did help out a bit.

The one silver lining for me was access to the big telly! I’m always way down the pecking order when it comes to choosing what we watch on TV and I never get to watch anything on my own. Although even I felt quite lonely. My husband and daughter are the two people I spend most time with in the house. The other unexpected thing was how clean the house stayed. With less coming and going, the floors stayed really clean and didn’t need hoovering.

On the whole, it was a miserable time and not one I’d wish to repeat in a hurry. As I say, we’re lucky that they weren’t very ill and we’re lucky that we have space to isolate, but it still makes life challenging.

It’s over a week now since they came out of isolation and my daughter is still struggling with tiredness and brain fog.

It could all so easily have been avoided if the government hadn’t messed up. 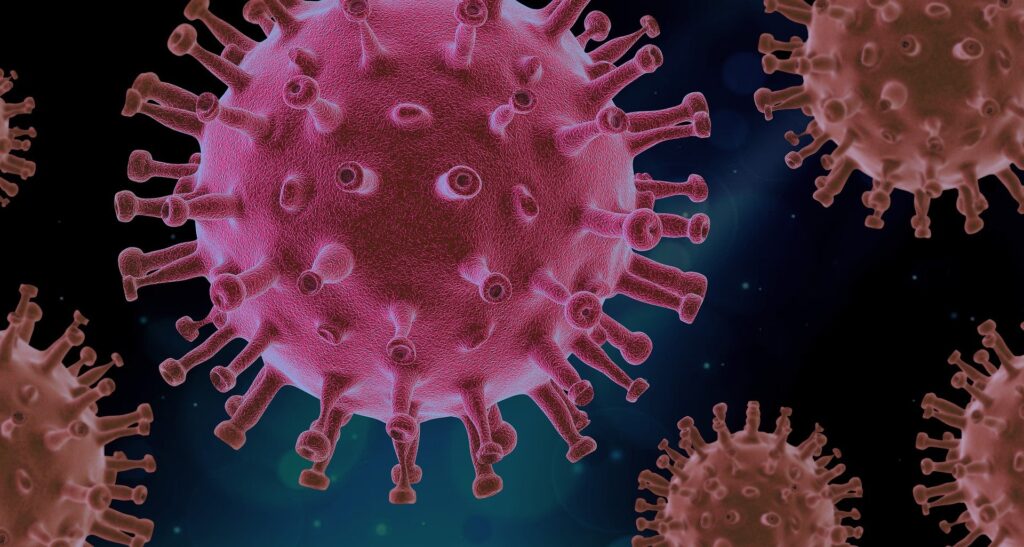