I get a bit nervous about the guinea pigs at this time of year. We lost Wilfred in October 2019 and my beautiful Cedric in September 2020.

I know that, with Henry just turning two years old and Herbert turning one, that we should have some time left with them. But I also know that guinea pigs have a way of suddenly becoming ill. And it seems that, when that happens, there’s really nothing you can do about it – no amount of vet’s appointments, medication or syringe feeding can stop the inevitable happening.

But Henry and Herbert have a small advantage over their predecessors.

I feed them every day. 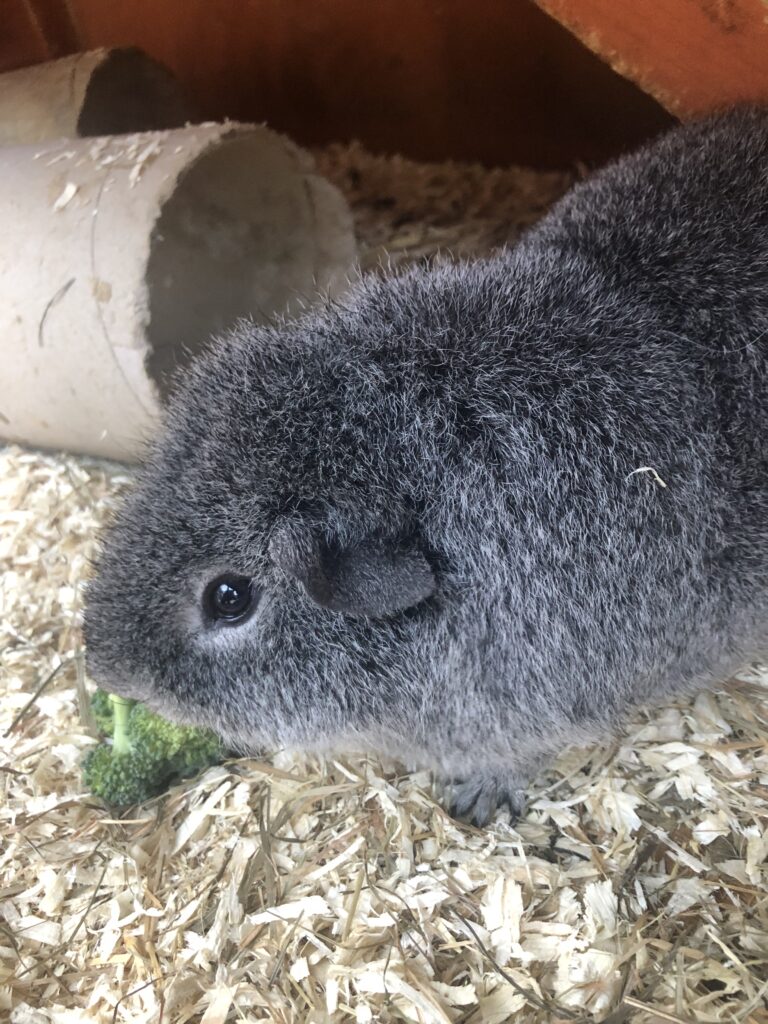 When we first got guinea pigs – Eric and Daisy – way back in the summer of 2014, feeding was divided equally between me and the kids. We all alternated and did a day each. The kids generally needed reminding when it was their day and there was some moaning.

After Wilfred died, I quietly took over my younger son’s feeding job. He’d always been the least interested in the guinea pigs and I was going out regularly to check on Cedric and keep him company, so it made sense to feed him. When my eldest found out his brother was no longer feeding them, he kicked up a fuss. As my daughter had chosen pet care for her D of E Bronze skill, she took over my eldest’s feeding job. (Although she wasn’t very happy about it!) 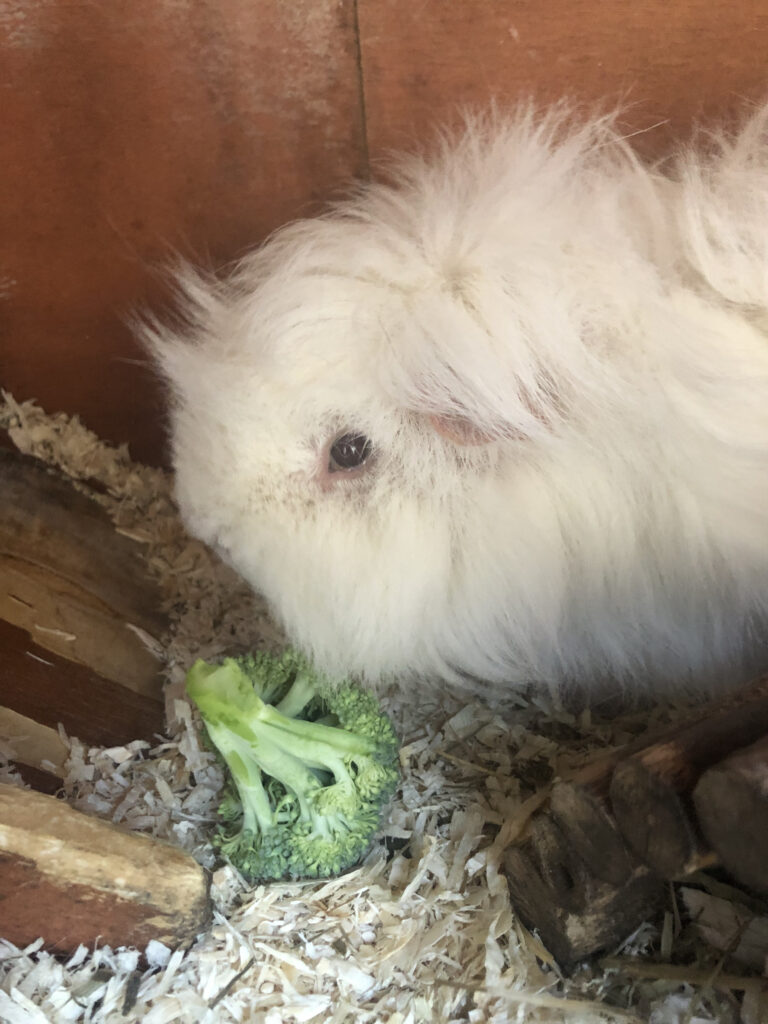 For over 18 months, my daughter and I alternated, doing two days each. I had to remind her every time. And she moaned every time. I really couldn’t see the problem. If you’ve got pets, any interaction with them should be a joy. She even said she preferred cleaning them to feeding them, which I couldn’t understand at all.

It got to the point where I was feeling an immense sense of relief when it was my own feeding day, as I didn’t have to do any reminding/ nagging or listen to any moaning.

I realised the world would be a much better place if I just fed them every day. My daughter was very happy and so am I.

I actually love feeding them every day. Not once has it felt like a chore. And the good thing is that I can really keep a good eye on them that way. I did usually see them every day, but there were the odd days when the kids were feeding them when I didn’t go out to see them or get them out of the hutch. The kids are less observant than me, so they wouldn’t notice if they were ill.

The kids also didn’t always give them enough hay. Hay should be the main part of a guinea pig’s diet, but they never replenished it in the afternoon when they gave them their vegetables.

When you first get guinea pigs, you read loads telling you not to overfeed them vegetables, so I was always very careful to give them small amounts. But then I saw photos of other people’s guinea pigs on social media with loads of vegetables and I wondered if maybe I wasn’t giving them enough? So I’ve increased the amount of vegetables I give them by about 50% and I also make sure they always get extra hay in the evening. Hopefully this will help them to stay healthy for longer.

Our guinea pigs live outside, which is OK 99% of the time, but there are occasional days when it’s too cold or too wet. My husband refuses to have them in the house (I have begged!), so I’ve had to find a way to keep them warm and dry, whatever the weather.

A few years ago, we bought them warm beds, which are great. The guinea pigs are very sensible and spend most of the winter sat in their warm beds in the bedroom section of their hutch.

Heavy or prolonged rain was always a problem. Not only would it come in the front of the hutch, it would seep in through the back. On the wettest days, there would only be a small dry section in the middle. Of course I cleared the damp sawdust out and replaced it, but if it kept raining, it just got wet again. There were days when we even resorted to bringing the hutch into the house and drying it with a hairdryer!

I’d tried a waterproof hutch cover with Eric and Daisy, our very first guinea pigs. Ironically, it just seemed to make the hutch wet, as damp got trapped underneath it. So I resisted using one after that. But last autumn I realised we couldn’t keep drying the hutch with a hairdryer, so I bought another hutch cover and it’s been great – thermal and waterproof. The velcro has broken a bit, so I need to fix that before winter sets in fully. But it has made such a difference. Warm, dry guinea pigs are going to be healthy guinea pigs.

We took the cover off for summer and put it back on in mid-September. On mild, dry days, I still leave them uncovered during the day. But it will be on permanently from November to March or April.

Seven years on from getting our first guinea pigs, I really hope we’ve got happy, healthy guinea pigs and that they will be with us for many more years to come. 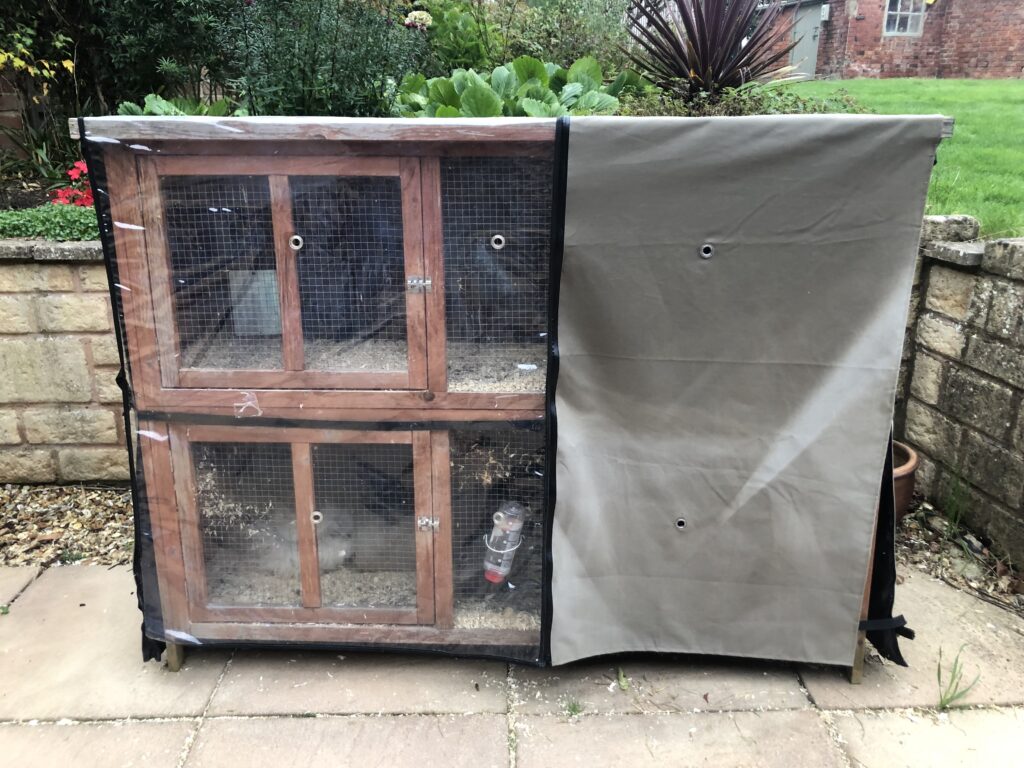