It is six weeks since our beloved guinea pig, Cedric, died. It feels like a long time ago. And all that time Henry has been on his own. Guinea pigs are sociable animals and shouldn’t be on their own and I was quite worried about Henry for a time. When Cedric was around (and especially when Cedric was ill), Henry seemed to eat non-stop. But he ate a lot less after Cedric died and started to lose weight. I’m pleased to say he stabilised a couple of weeks later – he stopped losing weight, although he hadn’t started gaining it.

He needed a new friend.

The problem was, new friends weren’t readily available. The ‘guinea pig lady’ (as we call her) had been breeding less guinea pigs due to the pandemic and had got a waiting list. And even Pets at Home wasn’t stocking them. Seeing the way things were headed, I actually went on the waiting list a few days before Cedric died. I knew that if he pulled through, I could take myself off the list.

Herbert was born 11 days after Cedric died. He was matched with me a few days later. He is a bright white lunkarya (the same breed as Cedric). I’ll be honest, I would never have chosen a plain white guinea pig myself. But as soon as I saw his photo, I knew he was the one. 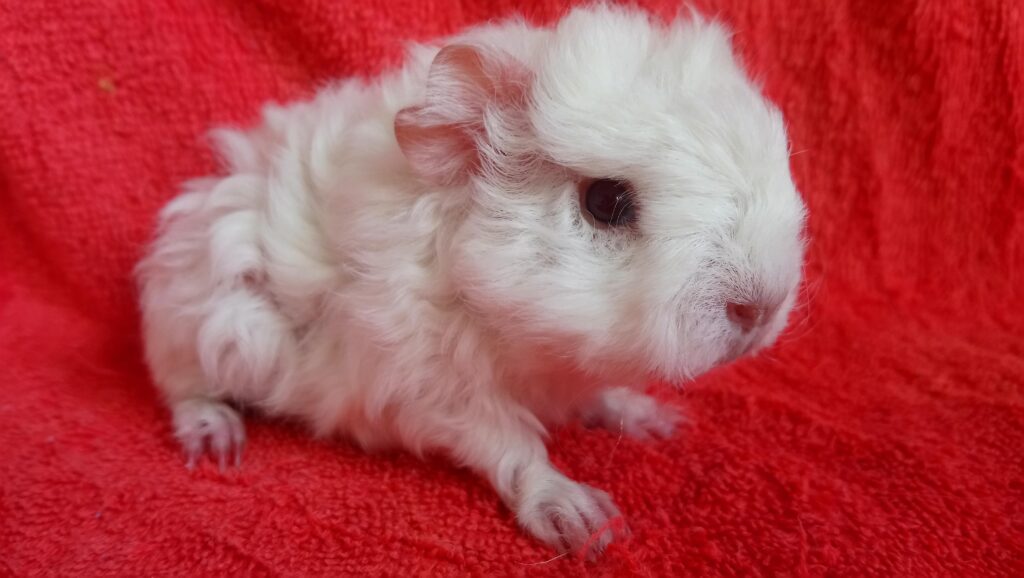 The good thing about a bright white guinea pig is that I will always be able to see him in the hutch when I look outside. Being dark grey, it is often hard to make Henry out.

One thing I’ve never mentioned about Cedric, but which was one of my favourite things, was that when he drank his water, his head seemed to turn all the way round! As he is the same breed, I hoped he would do the same. But my daughter thinks I’m mad and that it was probably a ‘Cedric thing’ rather than to do with the breed.

My daughter and I spent some time deliberating over his name. (The men get less engaged with the guinea pigs every time we have a new one.) I’m not sure who it was who first suggested Herbert, but I liked it. My daughter liked Dennis, which fits the tradition of ‘funny old man’ names. I actually thought the name Herbert was funnier and I liked the way it went with Henry. We’ve never tried to make the names work together before.

My daughter was insistent we name the guinea pig before we get him as it took us a few days to name Henry. Although I must admit I quite like calling them ‘the baby’ or ‘little furry man’ for the first few days. My daughter was the one who eventually decided he would be Herbert, because she wanted to be kind to me. I’m the one who does the most for the guinea pigs, who loves them the most and feels saddest when they die.

Guinea pigs can leave their mothers at four weeks old. The guinea pig lady says they bond best with an older guinea pig the younger they are. And there was no way we wanted to wait any longer than necessary! So on Saturday, when Herbert was exactly four weeks old, we went to pick him up.

The handover was all Covid secure. Normally we would go to the shed, which is full of guinea pigs. We would be able to see the mum and the dad. This time, we just had to put the box on the doorstep with the lid open and she placed our guinea pig inside. We were probably only there for a minute.

The first thing I said when I saw him was: “Hello, scruff bag!”

Herbert was skinny and tiny with very scruffy fur. He looked exactly like a little lamb. His fur is so soft and delicate it almost feels like it’s not there. It’s like I imagine it would feel to stroke clouds. We gave him a little stroke and he was absolutely silent. He moved around his box a bit, then sat still. But he squeaked extremely loudly when I went over speed bumps. It is amazing how loud a tiny baby guinea pig can be.

Once we were home, we placed Henry in the box with him so they could get to know each other. Henry looked like a giant. Introducing guinea pigs to each other is my husband’s absolute favourite thing to do and he had to video the moment. Henry started grooming Herbert immediately. Then they started chasing each other round the box and squeaking. You could just see how happy they were.

In the hutch, Herbert darted around at 100mph, climbing things, running through the food bowl and zooming through the tubes. When they are so tiny, they have so much more space to move quickly. Henry had more energy than we had seen since Cedric died too. It was lovely to see.

The guinea pig lady gives us a little bag of food to put in with our food, to help the baby adjust. I know from experience exactly what happens to that food! The ‘senior guinea pig’ always likes it and eats far more than their fair share. But I was pleased to see that Herbert was eating too – and that Henry was letting him eat.

I just know they will be very happy together. 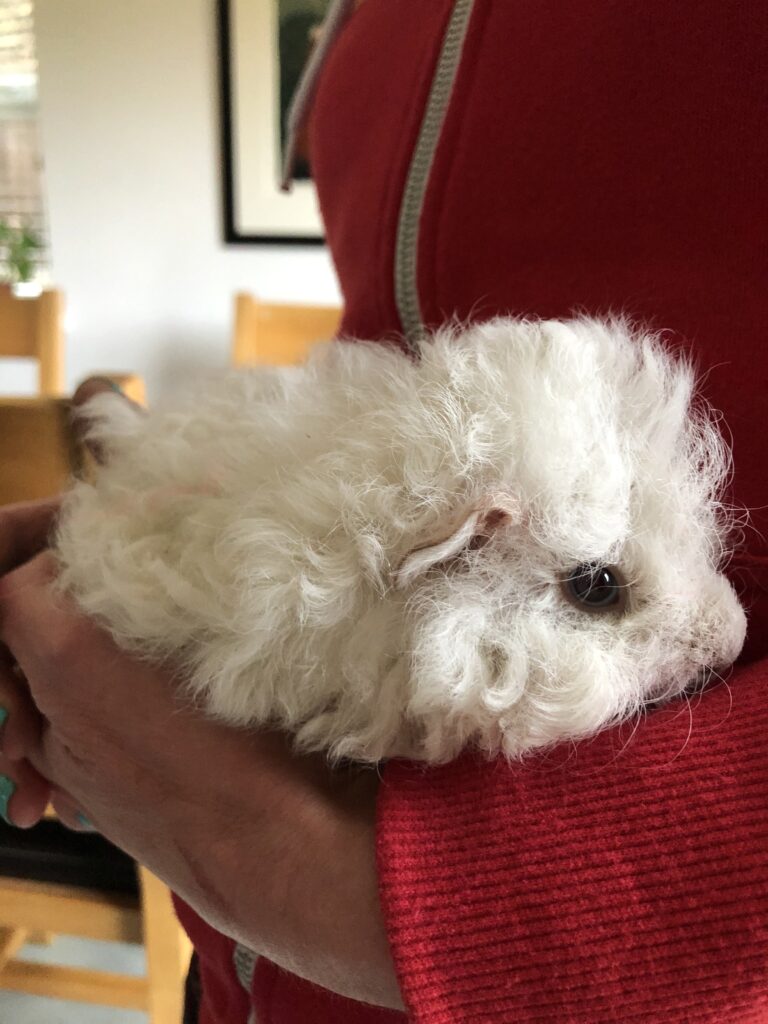