More Than a Woman by Caitlin Moran

Home » Book Reviews » More Than a Woman by Caitlin Moran

More Than a Woman is the latest non-fiction book from Caitlin Moran. It is the follow-up to her hugely successful and relatable How To Be a Woman. When she wrote that book in her early 30s, she felt she had being a woman sussed. She’d navigated the hardest parts of her life – her teens and early adulthood. She’d grown up, had relationships, got married and had kids.

But then middle age crept up and she realised there is a lot more to being a woman. Like parenting teenagers and caring for ageing parents.

I love Caitlin Moran’s writing and loved hearing her talk about More Than a Woman at last year’s online Cheltenham Literature Festival. I knew this book was for me. Because I am at exactly the same point in my life. Literally as I was reading it, I was juggling a small issue of my daughter’s while trying to keep my parents happy and not betray any confidences.

The book is written as a 24 hour period – each hour covering the sort of things a middle aged woman (ie Caitlin) would think about or do at that time. There’s a lot about marriage and parenting teenagers, as well as worrying about (and accepting) your appearance as a middle aged woman. There’s chapters on supporting other women and wanting to change the world.

It is a feminist book, but it’s not heavy. It is funny and relatable. Caitlin Moran really is every middle aged woman.

The bits on parenting teenagers are very geared towards parenting girls, as she is the mum of two girls. As the mum of two boys, I know that parenting girls is very different from parenting boys. So I really appreciated the chapter on men and how they can and should support each other more, in the way that women do, without being told to ‘man up’.

I also loved reading about her happy marriage. There seems to be such a tendency in some quarters to knock marriage and men, but there are good men out there and it’s nice to read about them.

There are a couple of chapters which are a very tough read. One of her daughters suffered from a serious eating disorder. Caitlin and her husband’s attempts to parent their way out of it were both heartbreaking and adorable. If I wasn’t the same age as them, I think I would probably like them to be my parents!

Thankfully, the daughter is now fully recovered and gave her permission for her story to be used. But it is a useful reminder of how hard life can get for teenagers and their parents – and how little help there is out there.

If you are a middle aged woman, or if middle age is just around the corner for you, I would definitely recommend More Than a Woman. 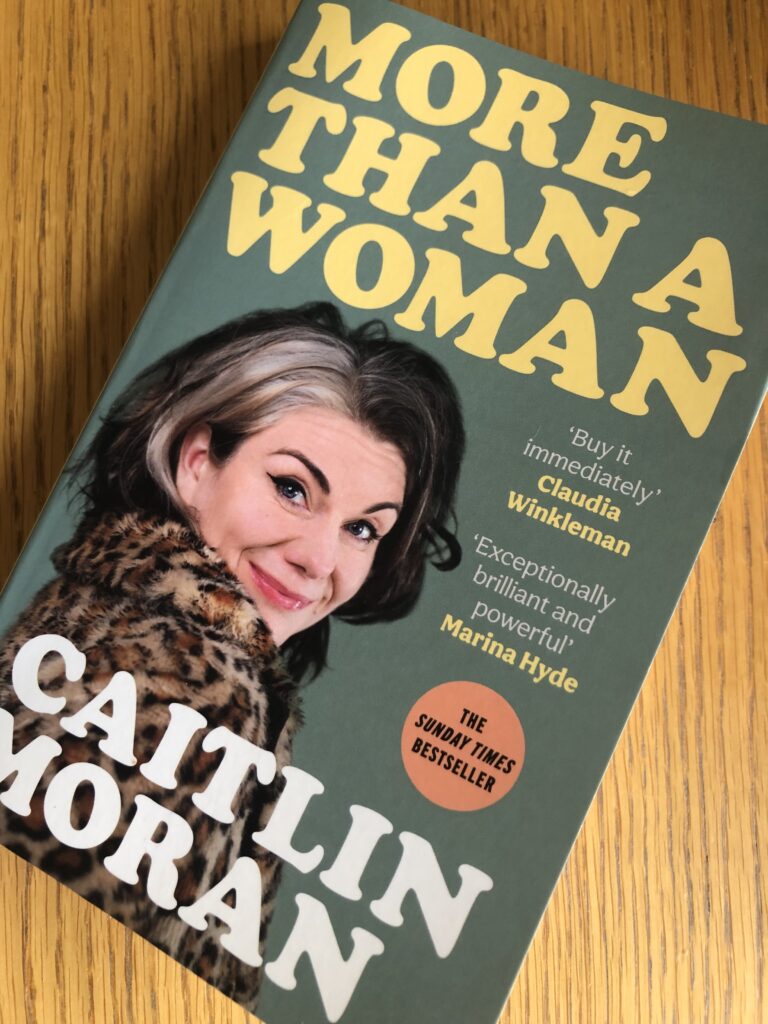