How do you know if your child is talented at sport?

Home » Family » How do you know if your child is talented at sport?

My own son is 17. He came fourth in the long jump at English Schools national athletics championships. He is also very high on the UK rankings. He is, without a doubt, talented at sport.

I knew he was ‘quite good’ at sport.

At primary school, they only noticed that he was ‘quite good’ in year 5. His primary school was pretty dreadful for sport and PE anyway. There was also a definite misconception that a child who is clever (he was the brightest kid they’d had at the school in forever) can’t be good at sport. (That could be a whole other blogpost.)

In year 7, his PE teacher told us he was ‘one of the best sportsmen in the cohort’. In year 12, I suspect they would say he was the best.

So he was one of the best football players in a league 2 local boys’ team.

Did that indicate that he was a talented sportsman?

Possibly it did. He was an all-rounder and that is a good place to start.

So how do parents know if they are raising a child who is talented at sport?

One of the biggest things to look out for is how fast they run. If they can run fast, they’re already opening up a whole world of sports for themselves. Running isn’t just key to athletics. Being able to run fast is important in pretty much all the team sports kids will do at school – football, cricket, netball, hockey and rugby. And did you see how fast those girls in the Olympics sprinted before hitting the vault in gymnastics?

Balance is another really key skill for a talented sportsperson. Obviously it’s important for gymnastics, but it’s also important for team sports like rugby. When you’re running with the ball and you need to weave in and out of the opposition, you’ve really got to keep your balance! It’s really key to athletics too, particularly throwing events.

So there are ways to spot if you are raising a talented young sportsperson, even if they only appear to be ‘quite good’ at sport.

With young sportspeople, it is really important to encourage them to do as much sport as possible and to vary what they do. So many top sportspeople represented their counties or were part of the academies for different sports as children. Some had to take the decision as teenagers whether to specialise in football or cricket.

Football is a great game, which brings a lot of joy to a lot of people, but parents and kids should never pin their hopes on football stardom. Kids should play football for the fun of it, but try rugby, cricket, athletics, tennis and swimming too.

Like my son, they might just find their talent lies elsewhere. It is just a case of unearthing it… 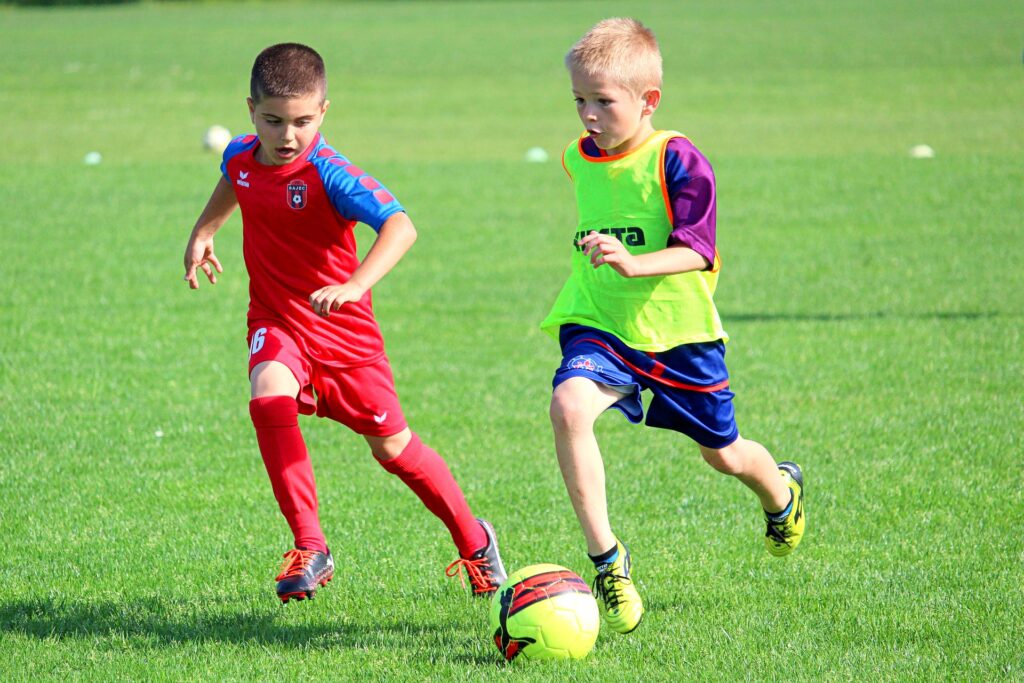