Most of us who are lucky enough to have parents still alive will, at some point, become part of the sandwich generation. The sandwich generation are usually people in their 40s or 50s who still have dependent children at home and are starting to care for their own parents. Sometimes they even have grandchildren thrown into the equation too.

There was a meme out just before the first lockdown which I found far too funny. It summed up the situation perfectly. A woman was stood in between her daughter and her mum. Her daughter was saying ‘But Daisy’s mum lets her go to the park’ and her mother was saying ‘But Marjorie’s daughter lets her go to Asda’. But that woman had to say no to both of them, because she was responsible for them both.

It doesn’t feel like that long since my own parents were the sandwich generation. They spent the early part of the noughties caring for my grandparents, they had my sister still at university and I gave them a couple of grandchildren to care for too.

But now it’s my turn.

I’m lucky that my parents are still with us and have always been in good health. My mum is 72 now and my dad is 76. I had my first glimpse of life in the sandwich generation back in March last year, when I took on their shopping for a few months. It turns out that shopping for other people is far harder than shopping for yourself. I felt guilty when items were missing from the shelves, even though it wasn’t my fault there was no Andrex (or any toilet roll at all), no red peppers and none of the brand of coffee they like. I didn’t know what I could replace missing items with, or whether it was best not to buy them at all.

But as spring rolled into summer and the coronavirus cases fell, my parents were happy to start doing their own shopping again. Things got back to some sort of normal.

Then late last year, I was unexpectedly thrust back into my sandwich role, when my dad became seriously ill with Covid-19.

Suddenly it was down to us ‘kids’ to support our parents.

My parents are generally very independent and work as a team. But working as a team means, for example, that my mum does very little driving. Although she coped remarkably well on her own for five weeks, she did need some additional support. And while my dad was safe in hospital, he needed support too.

None of us could visit him, which made it extra hard for everyone. But we had to deliver things to him, like clothes and toiletries, and put credit on the phone which was eating it up like there was no tomorrow. We actually bought him that mobile phone and delivered it to him while he was in hospital, as his old one was about 15 years old.

My sister and I both delivered meals to my mum. My husband was in charge of the expensive mobile phone. My brother offered lots of emotional support and advice by phone. My sons and I even went round to my mum’s to remove spiders!

It was a tough time and I’m grateful that there are lots of us to share the load, with even my teenagers doing their bit. I think the hospital must have been fed up with us when my dad was at his most ill – they got calls from my mum, my brother, my sister and even my eldest. We all just wanted to do our very best for my dad.

The tough bit of it all was the worry, rather than the ‘burden’. It has actually felt like an honour to give something back to my parents, who have done a brilliant job of supporting the three of us and our kids for the last 47 years.

My parents had all the support they needed and so did us ‘kids’.

We were told it would take a year for my dad to make a full recovery, but he has defied the odds again. You literally wouldn’t know he’d been ill at all now. Having had their vaccines, my parents are back to doing their own shopping and life is as normal as it can be in lockdown for my family.

I’m aware that this my dad’s recovery isn’t the end of me being the sandwich generation. The reality is that I will spend the next few years of my life dipping in and out of sandwich responsibilities, until I reach a point where it becomes a daily role. It won’t be easy, but it will all be worth it to have my parents around for as long as possible. And I know that I’m not alone. I have the support of my siblings, my husband and my kids.

I can’t imagine how hard it would be without a brother, a sister and a husband to help. We had a difficult few weeks at the end of last year, and I don’t know how anyone copes as the only member of the sandwich generation in their family.

It makes me think of my friend (and I’m sure there are many like her) who is dealing with a mum in her 80s whose health has been declining for some time. My friend has no dad, no partner and no siblings to help her. Her daughter is younger than my kids, so she doesn’t even get the extra help I can call on from my teenagers.

For anyone who is supporting their parents alone, my heart goes out to you. If you know someone who is in that situation, take the time to give them a call and see how they are. During lockdown, it’s almost impossible to offer any practical support to our friends, but even a call and giving them time to talk could be a real help to the sandwich generation. 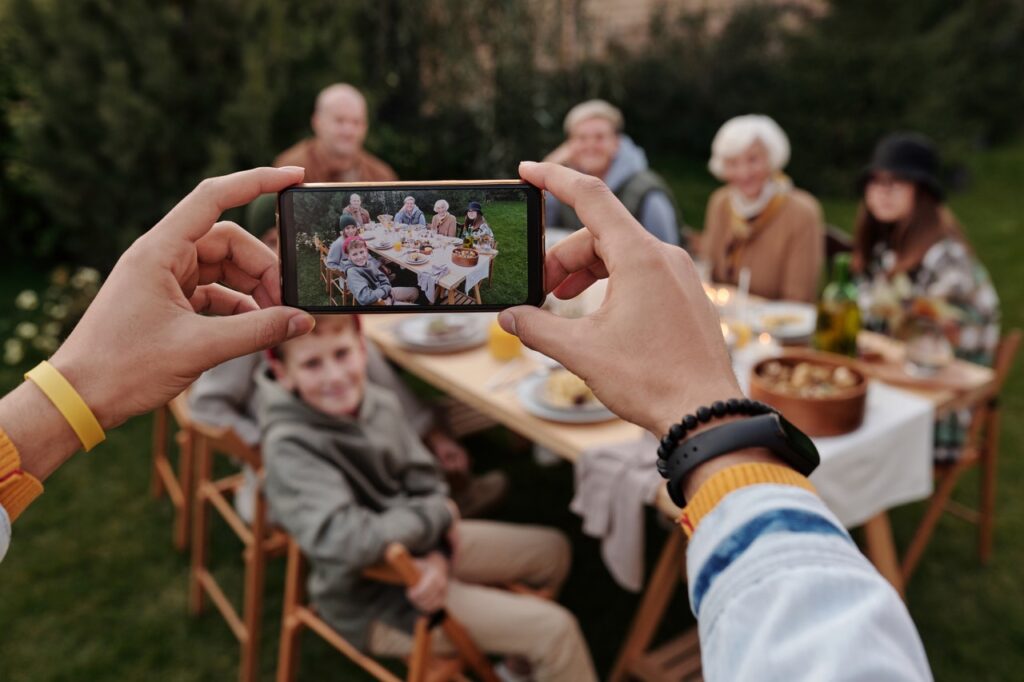