Keira is 47 and a mum of three – exactly the same as me. She is a wife, a daughter and a businesswoman.

And she’s just been diagnosed with breast cancer.

Keira doesn’t have time for cancer. After the initial shock of the diagnosis, she believes that by just being positive she can beat it. And she certainly doesn’t want to attend any support groups for people with cancer.

But it isn’t long before she realises cancer affects everything in her life – her marriage, her work and her relationship withe her children. And she also realises that life carries on and she still has to pick herself up for children and her husband, however bad she is feeling.

A chance meeting with Tamsin, a runner and fellow cancer patient, makes her realise she needs to be around others with cancer, because only then can she be ‘normal’. Along with two other women, Amma and Sian, they become The Cancer Ladies’ Running Club.

You won’t be surprised to discover this wasn’t quite the ‘light’ read I was hoping for. I think I cried non-stop for the last 40 or 50 pages. But it’s not all doom and gloom. The writing style is at least light and there is more to the story than ‘just’ cancer and running.

I’d only just started reading it, when I realised that Josie Lloyd must be writing from personal experience. The thoughts and feelings just didn’t seem to be something you could make up. Although not an autobiography, she did have cancer herself and she did run with a group of recovering-from-cancer runners. A lot of Keira’s experiences were exactly what she had experienced – including a particularly moving scene at the end of the book.

It strikes me that this would be a very useful book for someone who is newly diagnosed. But it would also probably be the worst possible thing you could give them, as it would just feel too real and close to home.

The Cancer Ladies’ Running Club is a great read for mums in midlife trying to juggle it all. It’s also a great read for anyone who believes in the healing power of running (it reminds me a lot of Marathon Mum in that sense). But it’s probably one to steer clear of if you or anyone close to your has a recent cancer diagnosis. 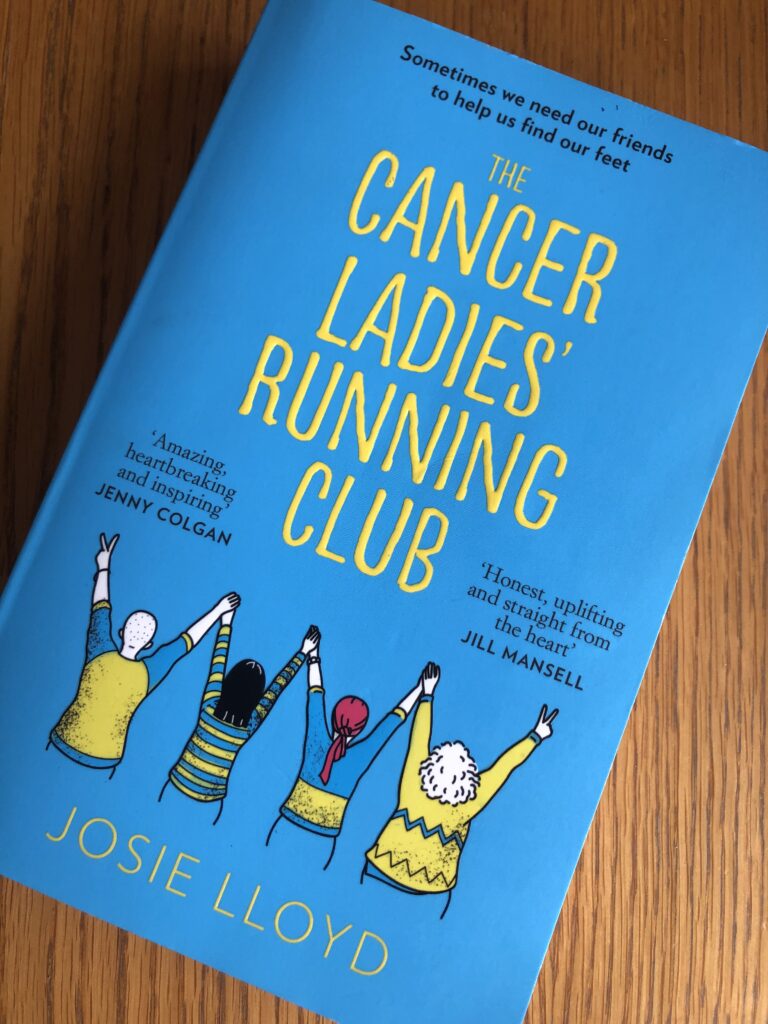