At the end of last year, my eldest asked me if I wanted to do Veganuary with him. I didn’t.

I’ve been vegetarian since I was 17. We initially raised our eldest without red meat, and he’d rejected chicken and fish by the time he was about 5. So he has been vegetarian for most of his life.

I am very happy being a vegetarian. You can tell me that it’s healthier and better for the environment for me to be vegan. I’m not going to argue about that. But I have no plans to give up cheese any time soon. I am satisfied with what I’m doing for both my own health and for the planet.

But I knew that, as the only other vegetarian in the house, I was going to end up being nearly vegan for most of January.

I actually have very little dairy, so I’m not a million miles off vegan anyway. I don’t drink milk or eat butter or ice cream. I eat soya yogurts and I rarely even eat milk chocolate.

But I do love cheese.

My son went into Veganuary feeling very positive. There are so many vegan products out there now. And the vegan cheese would DEFINITELY be better than it used to be.

It is made of coconut and, according to him, smells really strongly of coconut. I didn’t even dare try it. We checked some different varieties of cheese in the supermarket. All of them were made of coconut.

So he was going to live without cheese for a month.

My son is a very big milk drinker. He drinks three things – coffee, milk and water. And he doesn’t really like water. So he drinks a lot of milk.

He tried a couple of alternatives to milk and didn’t like them. Some of them are also scarily high in calories. Now I know we are all enlightened about calories etc these days, but when you change your diet, you do need some idea of how much you are actually consuming.

The least offensive milk alternative for him turned out to be simple Alpro Soya. It comes in 1 litre cartons, costing in the range of £1 to £1.60 per carton, depending on where you buy it and whether it is on offer. We usually pay just over £1 for 4 pints of milk.

My son, like most teenage boys, is a big snacker. He discovered that most of the things he snacks on have some egg or dairy in them. So he was mainly snacking on toast with Flora (he would much rather have butter!). He didn’t want to eat dark chocolate, he wanted chocolate that tasted like milk chocolate, but didn’t actually contain milk.

We usually eat a lot of Quorn. Remarkably, Quorn isn’t vegan (although they do a small vegan range which is almost never available in the supermarket) as it contains egg. But there are a number of ranges of vegan meat alternatives available these days, which all taste very nice. And cost about twice as much as Quorn.

Within the first few days of Veganuary, we’d discovered we had a lot to learn about being vegan. And it was very clear to us that being vegan isn’t a cheap option. As my son is earning money and living at home rent-free, I’m not inclined to subsidise his expensive eating habits. It is also tempting to tell him to cook his own food, as we are already doing a meat version and a vegetarian version of most meals. But the reality is that will just mean additional mess in the kitchen that we really don’t want or need.

I’m going with the flow and letting him try things out, but my husband is adamant he doesn’t want him to stay vegan after January. It would certainly make my life easier if he didn’t. There is a big part of me that hopes he will miss milk, cheese and eggs too much and we can go back to an easier life.

If he wants to go vegan permanently, he can wait until he moves out! 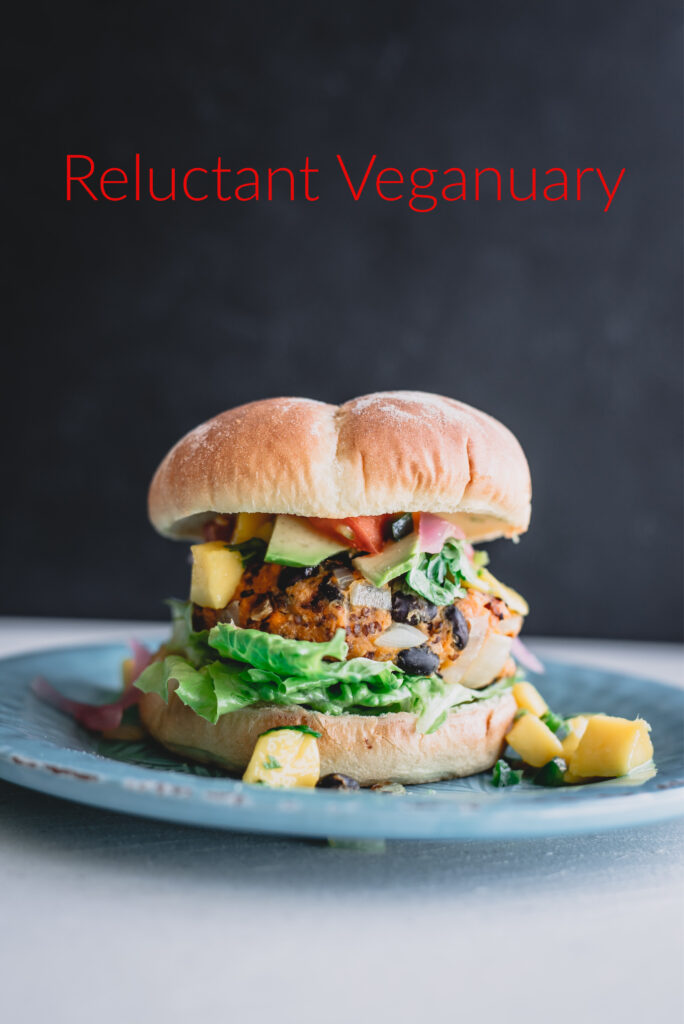 Photo by Deryn Macey on Unsplash