And then the vegans took over

Home » Family » And then the vegans took over

I became a vegetarian at the age of 17, 28 years ago. A lot of my friends became vegetarians at the same time. Like me, some of them still are vegetarian. We did it for the right reasons, because we cared about animal welfare. But it was also a bit of a trend at the time.

I’m not sure if it stayed a trend or if at some time during the 90s and noughties, teenagers stopped becoming vegetarians.

But I even raised a vegetarian child, as did a couple of the mums I have become friends with in recent years.

I’m not saying that being a vegetarian has been a massive struggle, but it hasn’t always been easy. For many years, there was a real lack of choice anywhere. It was always very easy to choose in a restaurant, because there was only ever one or two vegetarian ‘options’ (hardly an option if there’s only one of them). It was generally vegetarian lasagne or mushroom stroganoff. And I can’t think of anything worse than mushroom stroganoff. There were restaurants (I specifically remember TGI Friday’s) that had no vegetarian food at all.

I’ve always kept pretty quiet about being a vegetarian. Perhaps because we didn’t have social media in the 90s and noughties, so I couldn’t exactly Instagram my dinner. It’s only something I bothered telling people if I was in a situation where I was going to need to eat.

But in the last couple of years, something changed. It started with one or two people (on Instagram, of course) and suddenly the vegans took over.

I have nothing against vegans. That would be very silly if I did. But I do have something against the food manufacturers and the restaurants that are catering for the vegans and never bothered with us veggies. Because vegan stuff is EVERYWHERE. It’s expanding so rapidly. Restaurants have entire vegan menus. Not just one item.

All those years of being a vegetarian, not just me, but millions of women (mainly) of my generation and these manufacturers and restaurants really did sod all for us.

It’s almost certainly down to social media. The vegans are vegan in the interests of animal welfare or their own health, both very good reasons for changing your diets. And they’re sharing their food all over Instagram. There is even a running club called Vegan Runners. I see a lot of runners out proudly wearing their Vegan Runners tops. It seems a bit weird to me to make a thing about your diet while you’re running, but each to their own.

So the vegans are so much louder and prouder than us 40-something mums who have been quietly vegetarian since our teens.

I’m grateful to them for finally giving me a greater choice of food when I’m out. And I never thought I would hear myself in a restaurant uttering the words: “Can I have the vegan burger/ pizza, BUT WITH CHEESE?” 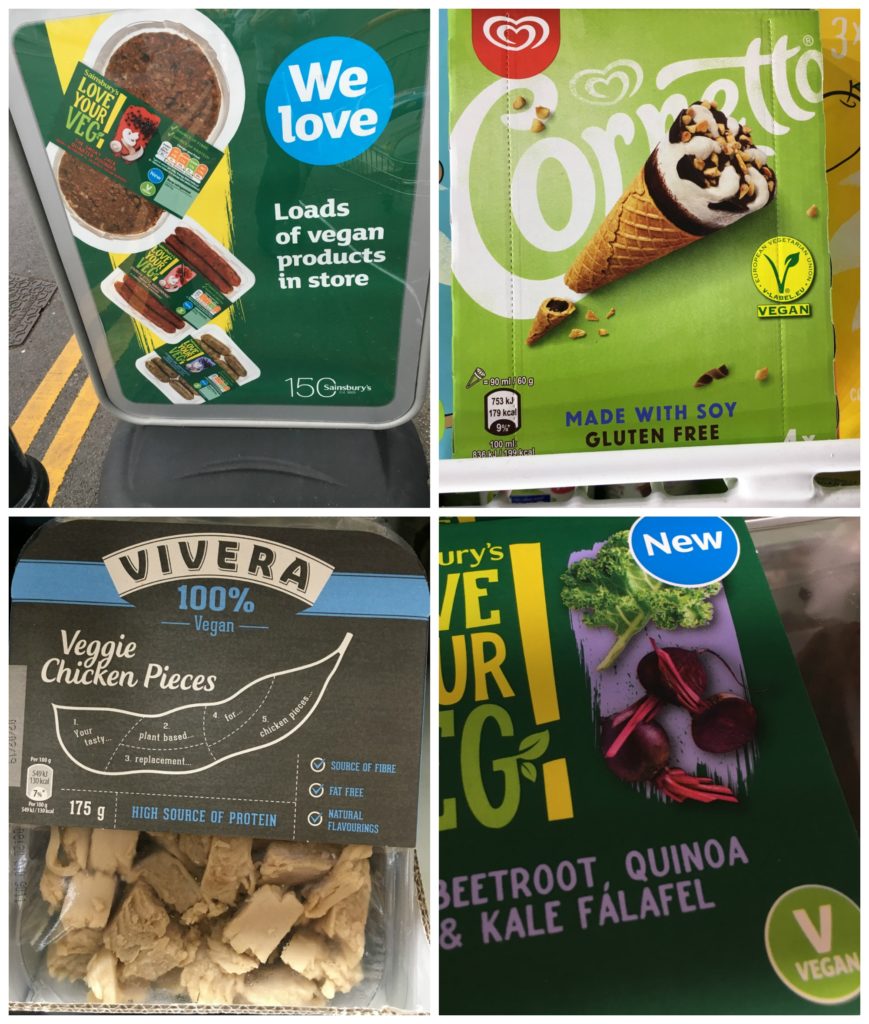