The Ruins by Mat Osman

The Ruins is the debut novel by Mat Osman. If you’re not a 90s indie kid like myself, you might not know that Mat Osman is the bassist of Suede. What I didn’t know is that he is also the brother of Richard Osman, TV presenter and author of the brilliant The Thursday Murder Club. I only discovered this when I watched an online Cheltenham Literature Festival event with both of them talking about their respective books – both debut novels, both published this year. They obviously share a strong bond, although they are so different in their personalities, interests and their looks.

Interestingly, The Ruins is a book about brothers who are very different. Although, unlike the real life brothers, they don’t share a strong bond. Adam and Brandon are identical twins who haven’t seen each other or spoken to each other in years. Adam is a bit of a geek and a loner. He has built a fantastic kingdom – Umbrage – in his flat. All of his spare time is spent tending to Umbrage and making it bigger and better. Brandon is a former rock star living in California, desperately trying to make it as an actor and resenting former bandmates who have achieved more than him.

The book opens with Adam getting a call from his brother’s partner, Rae. Adam was unaware of the existence of both Rae and the 10-year-old son she shared with Brandon, Robin. Rae informs Adam that Brandon is dead – shot in London by men wearing Donald Duck masks. Adam identifies the body and takes home Brandon’s possessions, from which he starts to piece together his life.

The Ruins is narrated alternately by Adam and by Brandon through the notebooks and tapes he left behind. To really understand what Brandon was doing in London, Adam decides to impersonate him, spending time living at an expensive boutique hotel and hanging out with former band members. All the time, he has his laptop connected up to Rae, who is advising him on his investigations, and Robin (who thinks Adam is Daddy). Adam starts to fall in love with Rae and Robin, while Robin is in awe of the amazing city his ‘Daddy’ has built.

Can Adam solve the mystery of Brandon’s last days and get hold of the money owed to Brandon, so that Rae and Robin can live a comfortable life?

The character of Adam reminds me a bit of the character of Andrew in Something to Live For – they are both loners, both building their own fantasy worlds at home and both in love with an unattainable woman. The Ruins is a much darker and heavier book than Something to Live For though. There is also a section of The Ruins which reminds me of The Goldfinch, which is always a good things, as The Goldfinch is one of my favourite books ever. If you are interested in music, there is plenty of insight into the music industry.

The Ruins is a brilliant and fairly complicated book. I loved it. If you enjoy a fairly dark and heavy read, I would definitely recommend it. But if you’re looking for an easy read, it’s probably one to avoid. Try The Thursday Murder Club instead! 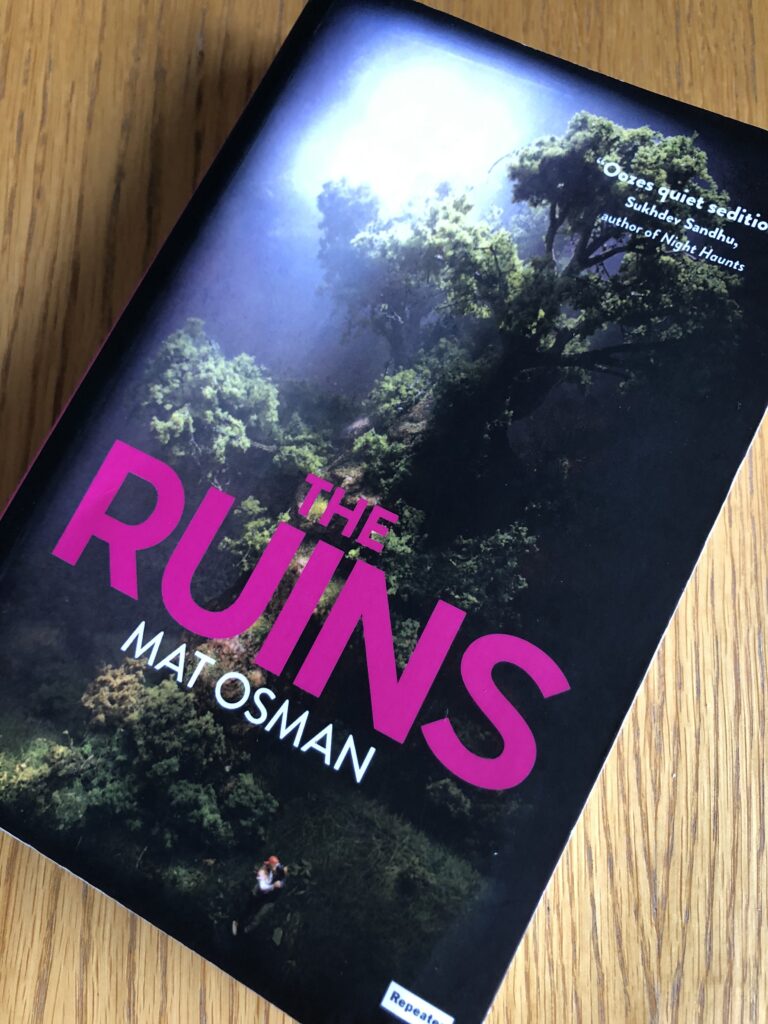