I spotted The Thursday Murder Club by Richard Osman in the bookshop window when it was published a few weeks ago. There is something very appealing about the title and the cover and I knew I would love it. Then I watched Richard Osman’s online Cheltenham Literature Festival session a couple of weeks back and I just had to read it. Luckily, my mum had a copy. So I borrowed it.

The Thursday Murder Club is set in a retirement community. Once a week, Elizabeth, Joyce, Ron and Ibrahim get together to discuss cold murder cases. With elderly people doing the investigations, this did remind me slightly of Three Things About Elsie and Elizabeth is Missing. But while the characters in those books are a little bit confused, the 70 and 80-something sleuths in The Thursday Murder Club are totally switched on – and usually a step ahead of the police. Joyce is a former nurse, Ron a former unionist and Ibrahim a former psychiatrist. Nobody really knows what Elizabeth did, but it was something dramatic.

While the Thursday Murder Club are busy examining cold cases, a real murder happens on their patch. It’s time for them to put their skills to the test…

Meanwhile, PC Donna De Freitas, who visits the retirement community to talk about security, is keen to get her teeth into a real case. And the Thursday Murder Club members know just how to make it happen for her.

This is an absolutely wonderful read. It’s warm, funny, quirky and incredibly British – with references to Marks & Spencer’s, Sainsbury’s Taste the Difference and Robert Dyas. With very short chapters, it is really easy to read. At Cheltenham Literature Festival, Richard Osman said he liked to write short chapters so that he could write one a day. He also said he was worried that people would see it as ‘just another celebrity’ writing a novel, but he needn’t have worried about that! The book has also been published in America, where they have no idea who he is. (And definitely no idea what Robert Dyas is.)

If you are looking for a fun and uplifting read to take your mind off the state of the world right now, you must read The Thursday Murder Club. You won’t be disappointed. 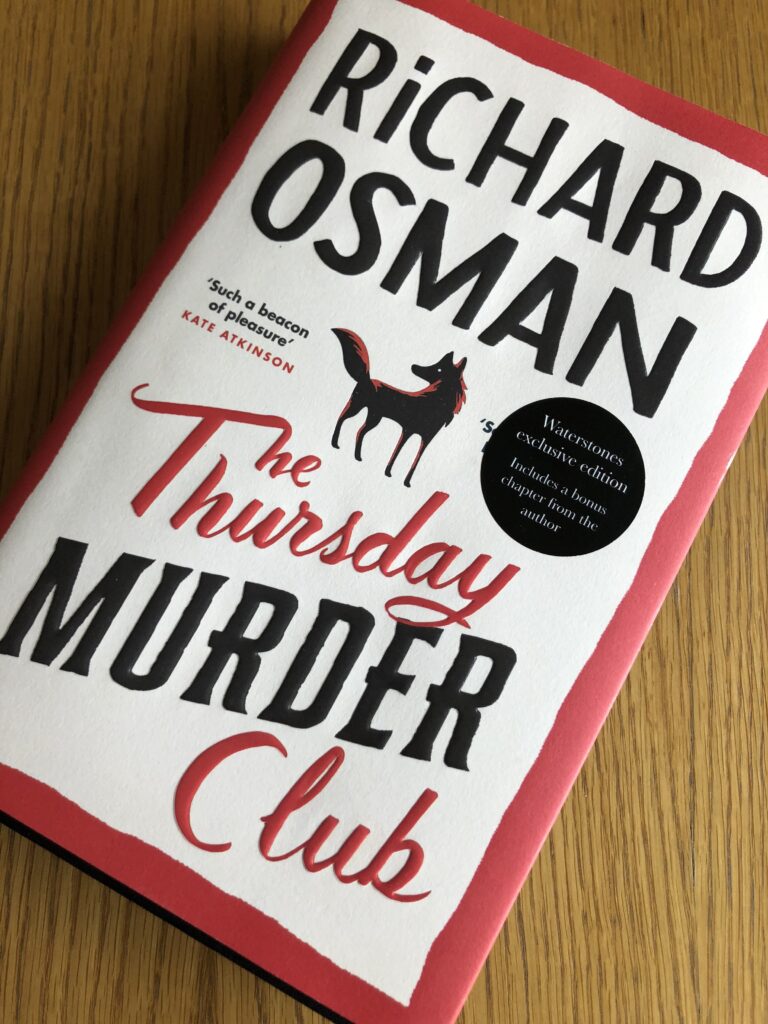