Coronavirus: Looking back on a year of lockdowns and restrictions

Home » Family » Coronavirus: Looking back on a year of lockdowns and restrictions

There seems to be so much to say about coronavirus. I wrote last week about the general madness and frustration of 2020. Today I want to reflect on our experience of the many months of lockdowns and restrictions.

At this point I should say that I am lucky. I appreciate that and I would never claim to be anything other than lucky. All three adults in the household are working. We own our own home with a garden and we have enough space and food to endure lockdown and whatever it can throw at us.

I’m a person that always likes to be doing something. And by ‘doing something’ I mean running or walking. My requirements aren’t any more than that. As long as I can get out in the fresh air, I’m pretty happy.

I was actually surprised with how well I coped with then initial lockdown in March. Which went on until April, then May and into June. About once a week, I would wake up, remember that we were still in lockdown and have a little cry. Bu then I would just get on with things. The weeks went surprisingly quickly, considering how little there was to do. I used to dread the weekends a bit, as there was even less to do. But at the end of the weekend, I would dread the weeks starting again.

If you’d told me at the outset that the initial lockdown would last three months, I wouldn’t have known how I could cope. But I did cope, because it just went from one day to the next, one week to the next.

All five of us were at home, and my son was furloughed for three full months. My husband and I kept working. My son’s GCSEs were cancelled, so he kept himself ‘busy’ with gaming and the internet. My daughter had schoolwork, but for most of the time, she didn’t have much. The school only really got a grip of it and gave a decent amount of work after May half term.

Initially, we were only allowed to exercise once a day, and that was hard for me. I exercise outdoors three times a day, every day. For me, a run first thing in the morning is so important for clearing my head and setting me up for the day. But then it’s a really long day without any more exercise. When we were allowed to exercise more than once a day, that was a game changer. We started going for some long walks near home in the evenings and at weekends. I rediscovered walks I hadn’t done since I was a teenager.

Before we knew it, we were in June and ‘lockdown limbo’. We were neither here nor there. The shops opened on 15th June and people gradually braved going back. I was certainly happy to go to Waterstones again. But the kids’ activities didn’t resume and nor did the things I love – parkrun mainly, plus other running events. We felt a bit left behind.

On 4th July, pubs, restaurants and hairdressers reopened. Life was getting back to normal! Not that we rushed to go to the pub, of course.

July and August were good. The coronavirus cases and deaths were right down. The sun was shining. We visited my friend in Weymouth and I even held her baby grandson (which was breaking the rules, but it felt so good!). We made it to Padstow and it was a bit weird. But we were on holiday and that’s all that mattered.

My kids managed three athletics competitions between them and my son got a new long jump PB. It was another bit of normality.

We went out for a meal for my mum’s birthday at the end of August with my parents, my sister and her family. It was lovely. If I’d known that was the last nice thing we would do together for a really long time, I think I would have savoured it even more.

The kids went back to school and that was a bit weird too. There were so many new rules to follow. After an initial wobble, the kids took it all in their stride.

But the schools, the universities and the pubs were having an effect on the case numbers. Suddenly the coronavirus infections were going up again and our two lovely months of summer and vague normality were well and truly over.

It was time for more restrictions, with the rule of six and tiers. We were in tier 1, which didn’t mean much other than that we couldn’t get together with more than five other people. Which, to be fair, isn’t that convenient for a family of five, because we couldn’t even see both of my parents at the same time unless one of us was out. And of course nobody was out. Because there was nowhere to go.

My daughter didn’t go back to school immediately after half term as she was in self isolation. Which she wasn’t happy about. She managed two weeks and a day at school before being thrust back into another two weeks of self isolation. Some kids love self isolation, but my daughter isn’t one of them. Like me, she thrives on getting outside in the open air. At least we have a garden!

Just as with the first lockdown, I really didn’t predict the second lockdown, but it came along. Four weeks seemed to drag quite a bit. For me personally, not much changed. But the kids were starved of their activities yet again, which they weren’t happy about.

I’m glad that lockdown actually ended when it was supposed to. So here we are in tier 2. The shops are open again, we could eat a meal in a pub with our immediate family, but what would be the point? The good news is that the kids are back at athletics and ballet, which they are very happy about. The gym has reopened, so my husband and son are bac there. We are waiting to see whether or not there will be indoor athletics competitions early next year. Although as the  venues my son competed at last year are in tier 3, that doesn’t look that likely at the moment.

It’s been a crazy year and I don’t think our restrictions will be over for a bit longer yet. 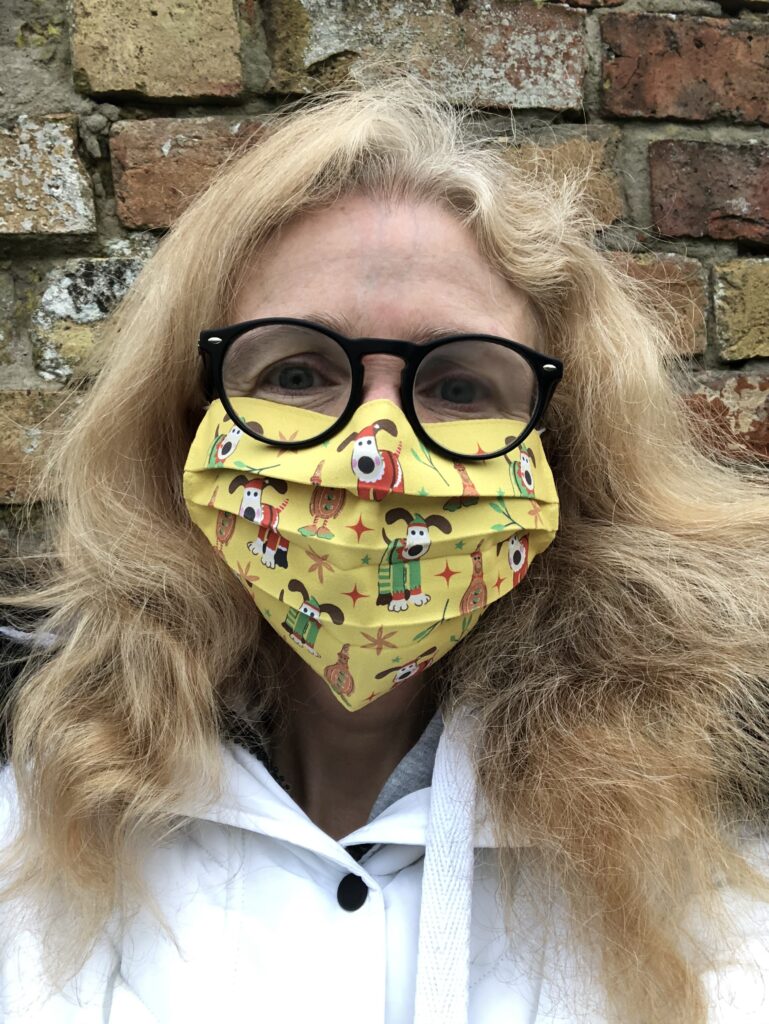