I’ve been searching for a book to really blow me away for the whole of 2017, but I’ve been pretty underwhelmed by everything I’ve read so. But finally, FINALLY, I have found a book to really love – Small Great Things by Jodi Picoult.

I was a huge Jodi Picoult fan going back eight or 10 years. I read every new book as soon as it came out and worked my through her back catalogue too. Her novels were well written with interesting story lines, but they did start to get a little bit same-y. They were always written from a parent’s point of view, there was always some unusual situation going on involving a child and generally a court case too. Then I had the misfortune to read Lone Wolf, which was particularly bad in my humble opinion, and I stopped reading Jodi Picoult.

But The Storyteller from a few years ago was pretty special and I’d heard really good things about Small Great Things. Most writers progress and improve over time – it was time to check out Jodi Picoult again! And I wasn’t disappointed.

Small Great Things is the story of a baby who dies shortly after birth and the circumstances surrounding that death. To the reader, it seems like a very unfortunate case of Sudden Infant Death Syndrome, but to the baby’s parents it is the fault of the nurse who had been banned from caring for him by his father. And so both families go to hell and back, via the inevitable court case, in the search of the truth.

As is always the way with Jodi Picoult, the novel is written from the point of view of the three main characters – nurse Ruth, father Turk and Ruth’s lawyer, Kendall.

Jodi Picoult is a white American author who is no doubt rolling in cash. Ruth is a Black woman, who has fought to be accepted in a white world. Turk is a White Supremacist. I am in awe at how well Picoult becomes these two characters, they are completely and utterly believable. That’s what makes this novel so special.

The opening few chapters of Small Great Things are just stunning. It tails off slightly in the middle as the story moves along, but it still blows anything else I’ve read this year out of the water. I shed a fair few tears over this book and was very surprised by the twist near the end.

If you’re looking for a moving, thought-provoking and very well written read, I can definitely recommend Small Great Things. 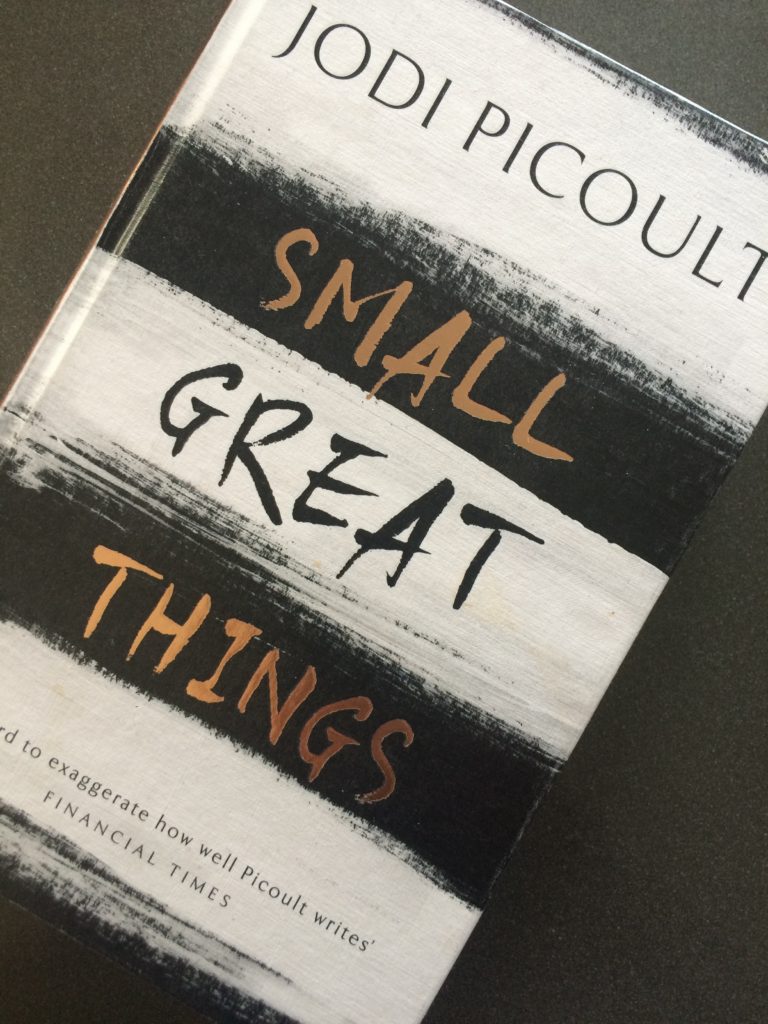