The Light in the Hallway by Amanda Prowse

Home » Book Reviews » The Light in the Hallway by Amanda Prowse

I read about The Light in the Hallway by Amanda Prowse in heat magazine a few months ago. I actually bought three books from one page of reviews – Violet, Someone is Lying and this one. I’ve never read any Amanda Prowse before, or even heard of her, but it seems that she is a prolific writer of women’s fiction.

The Light in the Hallway isn’t quite romantic fiction, it is more domestic fiction, if that is a thing. Unusually for a book aimed at women, the main character is a man – Nick. Set in a small Yorkshire town where everyone knows everyone else, it paints a picture of a simple working class life.

No spoilers here (because it says it on the blurb) – right at the very start of the book, Nick’s beloved wife Kerry dies.

Nick is left managing his own grief and that of his 18-year-old son, Olly. And he realises how much his life revolved around Kerry. Even with friends and family on his doorstep, he feels very alone. He sets out to rebuild his life and remain a supportive dad to Olly. As Nick tries to move forward, he meets resistance both from Olly and from his sister-in-law.

Should a young widower be allowed to live again following the death of his wife?

This book pulls no punches. Kerry dies within a few pages of the start. And I was already invested enough in Nick’s life that her death left me in floods of tears. Most of the action is set within a year of Kerry’s death, with a glimpse into the near future at the very end of the book. There are also delightful flashes of Nick’s childhood with his best friends, Eric and Alex. Eric in particular is still a fixture in Nick’s adult life.

I’m lucky enough to have never lost anyone close to me, but it feels like this paints a very accurate picture of grief. If you have recently lost someone, I wouldn’t recommend it.

I enjoyed The Light in the Hallway, which was a bit different from my usual reads. My one small criticism would be that some of the dialogue, particularly between Nick and Olly, was a bit clunky.

If you don’t mind shedding a few tears when you read (there were more tears later on!) and you enjoy reading character-led books without crimes or dramatic twists, I would definitely recommend The Light in the Hallway. 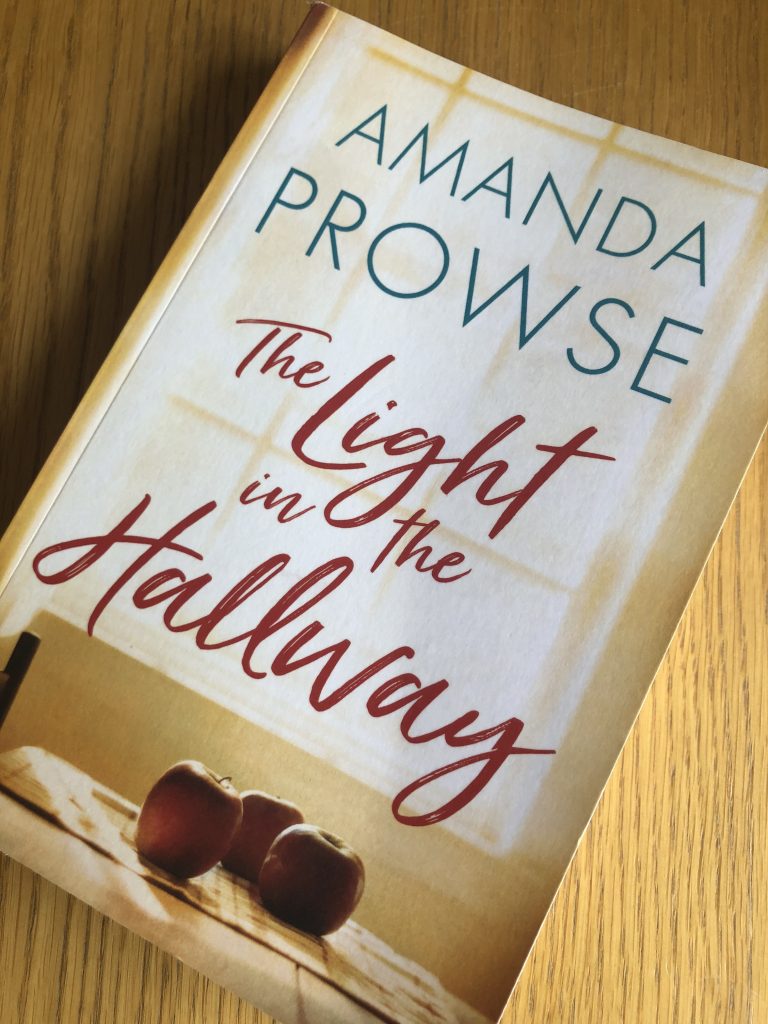