Getting on top of the garden (again)

Home » Family » Getting on top of the garden (again)

Our garden has been a work in progress ever since we moved into our house in 2014. The fact is that, despite being far from spring chickens, my husband and I are still total garden amateurs and we’re still learning.

Anyone who sees the photos of my garden I share on Instagram always tells me how beautiful it is. And they are right, of course. But we all know that Instagram only ever shows the good bits. And there’s plenty of bad bits I’m still hiding.

Also, empty bits of dry soil in the flower beds.

Because, try as we might, we never seem to be able to fill those gaps.

Every year, we buy new plants. I think our success rate is about 50%. Half of the plants survive until the following year and half die off.

We’re lucky that we inherited some lovely plants from the previous homeowners, who obviously knew their stuff with the garden. It starts flowering in February (despite having neither snowdrops nor crocuses) and the last flowers don’t die off until November. 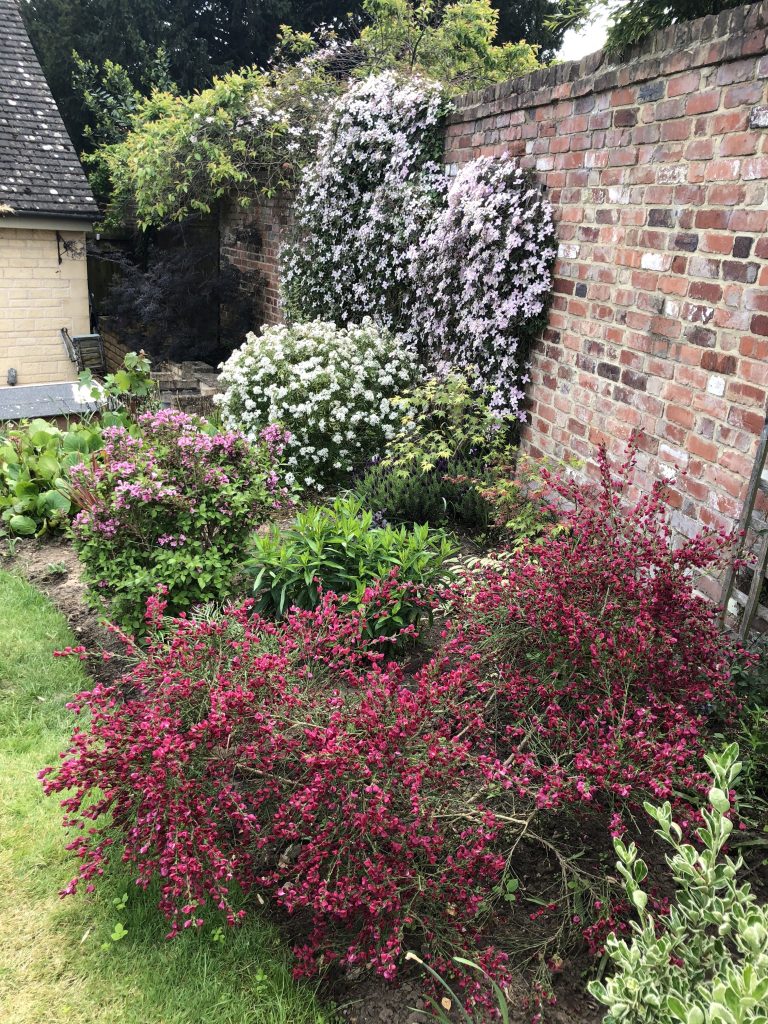 It was the previous homeowners who were responsible for our stunning clematis and the ‘wall flowers’. That’s what my husband calls them. They’re not ‘wallflowers’. I actually know what wallflowers are, but my husband doesn’t. He calls these flowers ‘wall flowers’ because they grow on the wall. Which makes perfect sense. 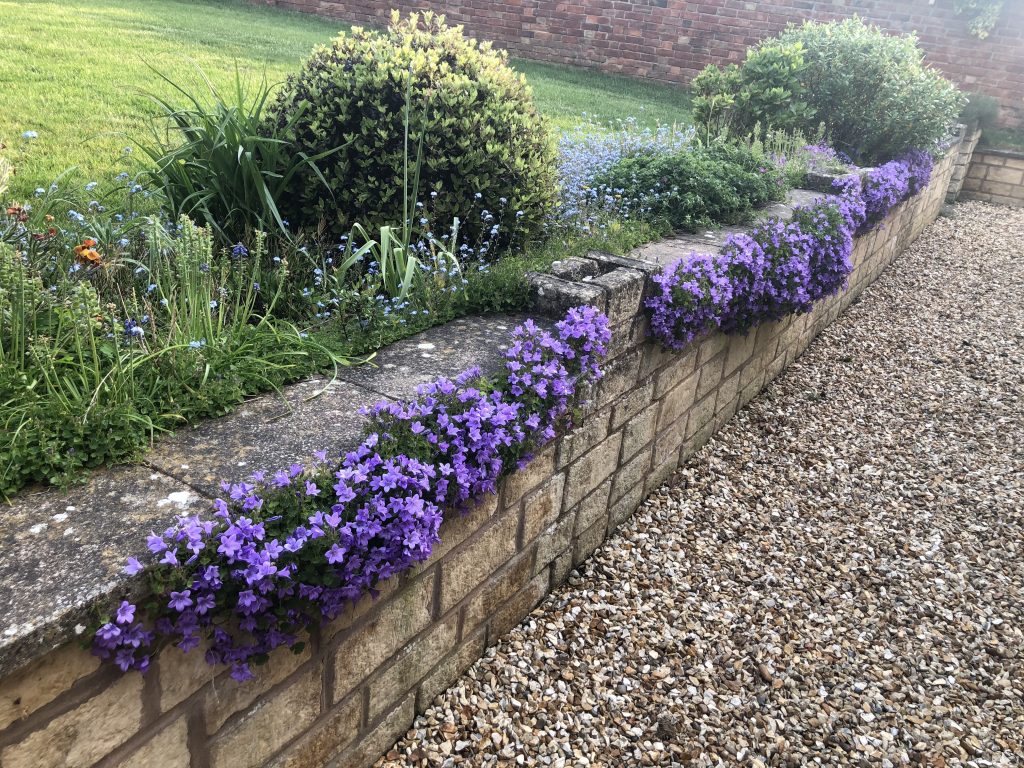 But we still have a tendency to buy plants with nice flowers, rather than consider if they are too big or too small for the space we’re trying to fill. Or if they like bright sunshine and we’ve bought them for a shady part of the garden.

Our back garden (don’t even mention the front garden to me, that’s a whole other issue) has two borders. There’s a narrow border, which runs along the width of the house and is in bright sunshine a lot of the time. Then there is a bigger border which runs along the left side of the garden and starts off very wide, before gradually narrowing towards the back of the garden. This border gets some sun, but not as much. Irritatingly, it also has an area with virtually no soil, as there is some concrete there. I have no idea what the concrete is for. 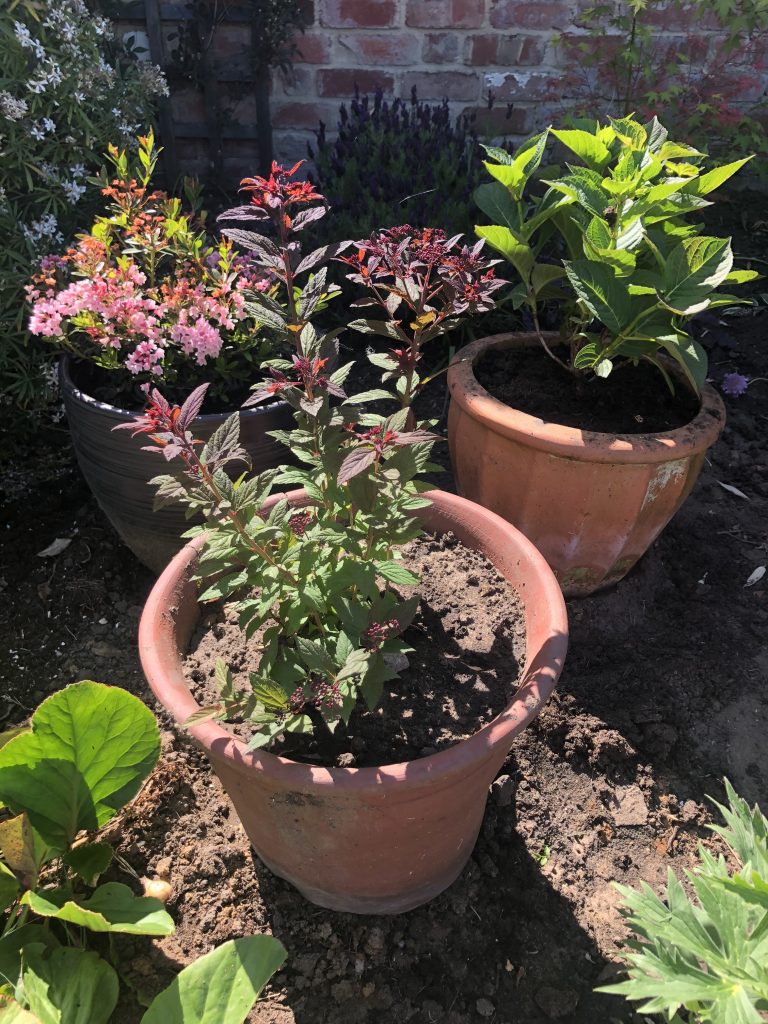 The narrow border is reasonably full and doesn’t seem to get many weeds. The bigger border has too many gaps and therefore gets a lot of weeds. A few years ago, I was obsessed with bindweed, which I seem to have pretty much eradicated. But I have a new nemesis on the big border. There is one particular weed which is EVERYWHERE. And even the tiniest versions have the most enormous root from hell which is an absolute nightmare to dig up.

We have taken advantage of the garden centres now being open and have bought yet more plants, to try to fill the gaps and prevent the weeds from taking hold. Most importantly, we’ve actually put thought into whether the plants like sun or not. And we’ve considered how big they will get. We’ve put pots in the area of the garden with concrete and hardly any soil, so it doesn’t look like there’s a big gap there. 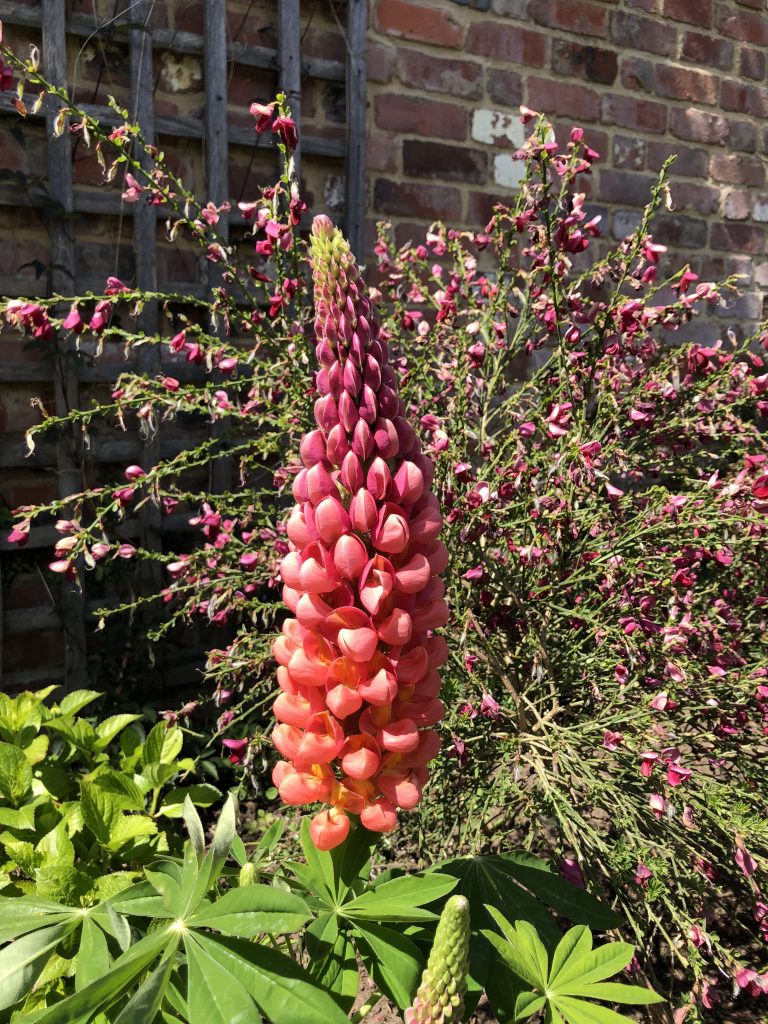 We’ve saved the instructions from the plants, so that in the autumn and winter we know which ones need cutting back.

Could this be the year we finally get all of our plants to survive into the following year? 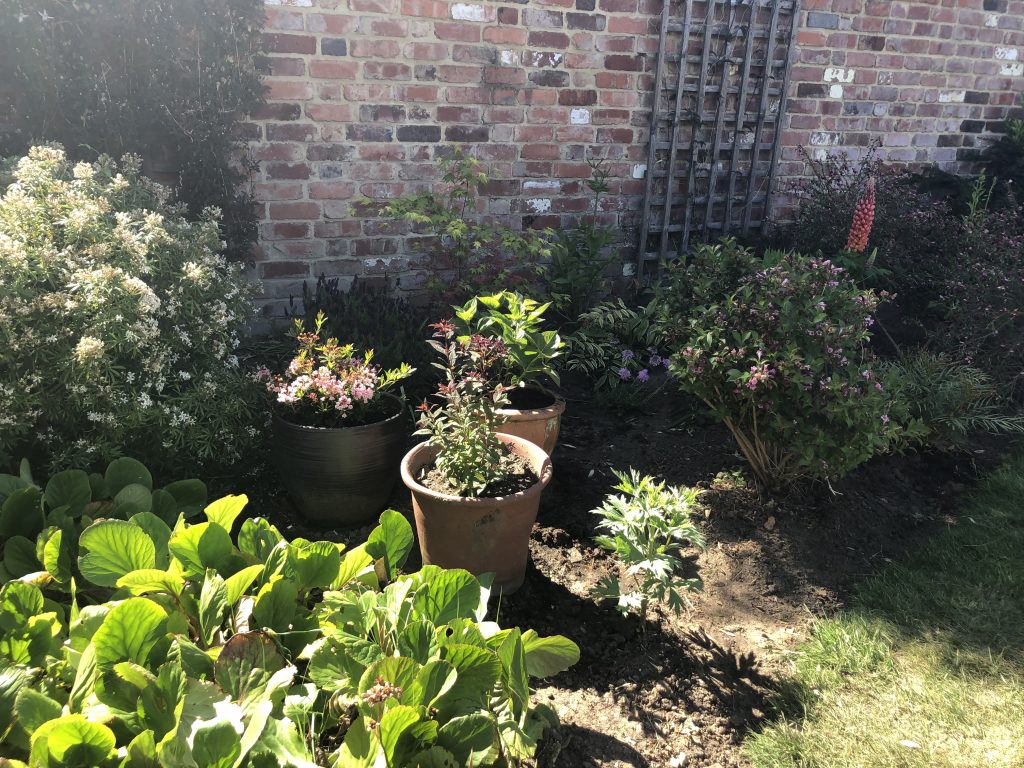