Parkrun is run at parks and open spaces around the world every Saturday at 9am, local time. With two exceptions – Christmas Day and New Year’s Day. Whether Christmas and new year fall on a Saturday or not, local parkruns have the option to hold a run (they also have a bit of flexibility with the timings, so can start as late as 10.30). Without actually counting them, I would say around 20% of parkruns hold an event on Christmas Day, and ours is one of them.

My daughter says Christmas Day parkrun is her favourite one of the year (in fact she says that next year it will be the only one she does!) We did our first one in 2015 (the year we started parkrun) and I have done it every year since. My husband and daughter have done four of the five possible Christmas Day parkruns and my eldest just did the run in 2015. My younger son has always enjoyed coming along to watch, but has never felt the need to join in on Christmas Day.

But for me, it is the best possible start to a day which involves lots of eating and sitting around. What better way to get some fresh air and feel energised before you start cooking the Christmas dinner? Everyone wears Santa hats and there is a great atmosphere. Generally people run slightly slower than they would normally, but not everybody does.

There’s usually about 250 to 300 people at our parkrun at Christmas (we usually have 400 to 500 on a regular Saturday). They are mainly keen regulars, with a few tourists visiting their families locally and a few runners from surrounding parkruns who don’t run an event on Christmas day.

This year’s Christmas Day parkrun was cold and very muddy. And very, very busy! There were more people there than on a Saturday. Was it 500 people? 600? It was crazily busy. 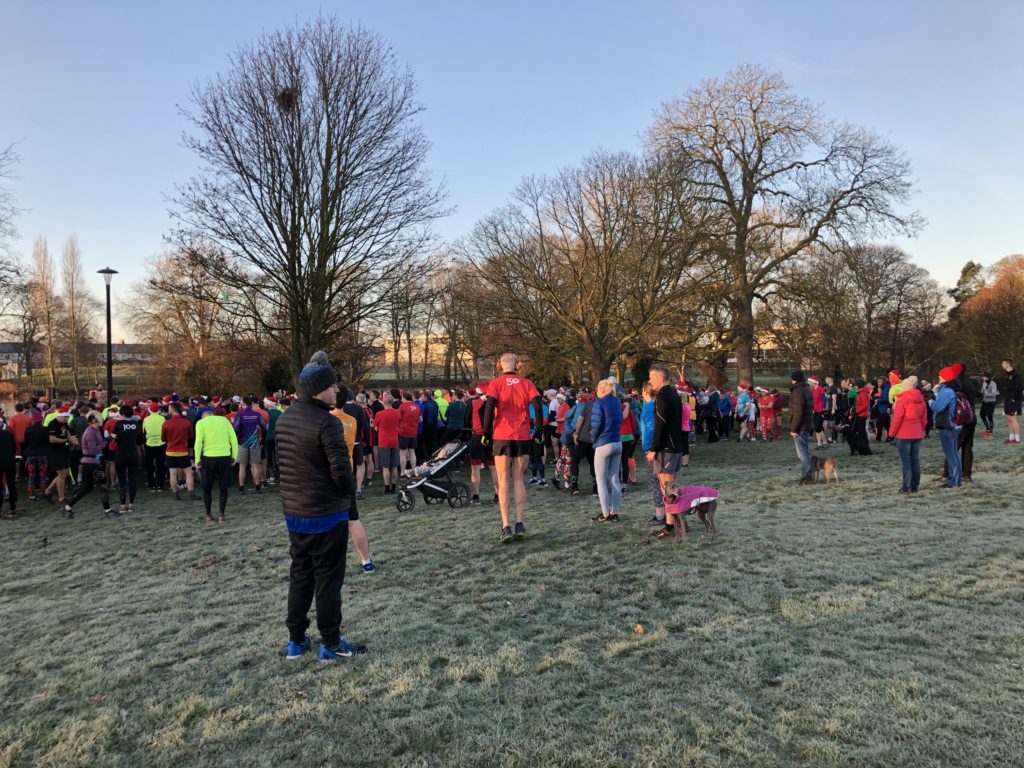 For the first time ever, my younger son had joined us. He wouldn’t wear a Santa hat, but he was keen to run. Then he realised his shin splints, which he’d thought were healed, were still playing up. He thought maybe he would run slowly. Then he thought he would walk. Then he realised he wouldn’t be able to do it at all, which was a shame, but very sensible. As it was so cold and he was dressed in running kit, he just had to sit in the car.

My husband usually likes to run with my daughter’s friend’s dad at Christmas, and my daughter runs with her friend. But I just take off on my own as usual. There wasn’t much ‘taking off’ as it was so crowded! But the sun was shining and everyone was happy.

I always thank the volunteers as I’m running anyway, but I make a special effort for Christmas. People might think we’re weird to do parkrun on Christmas Day, but it’s something we’re doing for ourselves, whereas to volunteer so others can run is completely selfless. Without the volunteers, parkrun couldn’t exist, and it takes a special kind of person to give up part of their Christmas Day to allow others to run.

If you’re looking for a great start to Christmas Day next year, I can strongly recommend parkrun! You won’t regret it.

Oh, and there were well over 600 runners there! 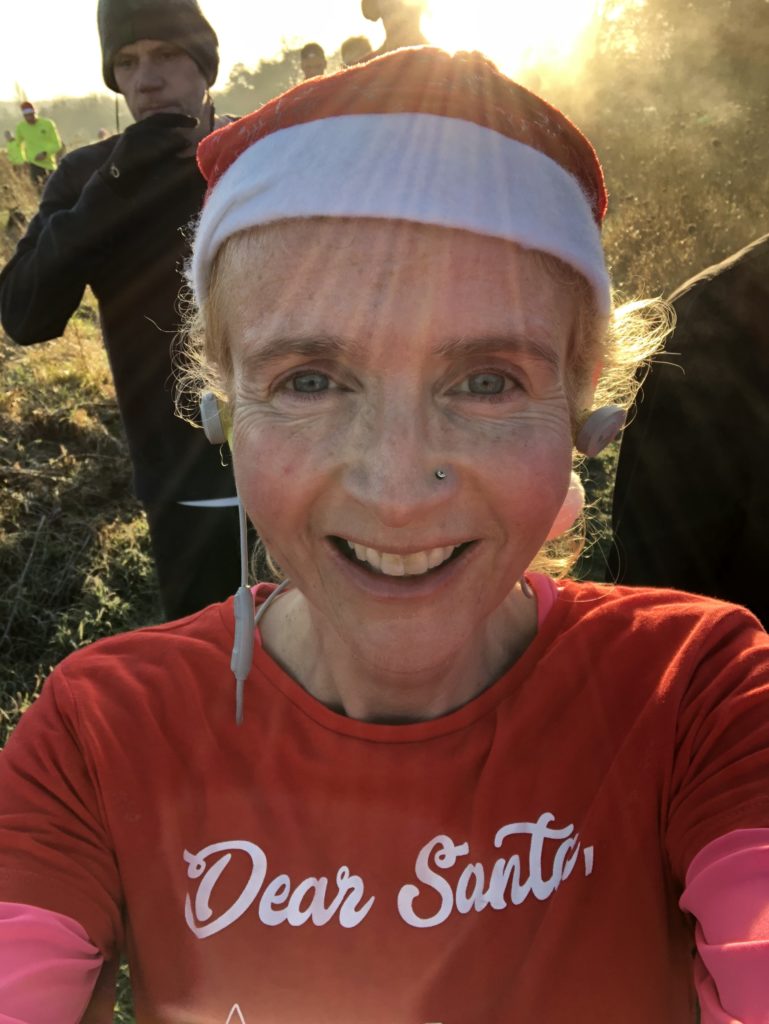