After the End by Clare Mackintosh

Home » Book Reviews » After the End by Clare Mackintosh

Clare Mackintosh is one of my absolute favourite authors. She wrote the brilliant I Let You Go and the almost-as-brilliant I See You and Let Me Lie. I saw her speak at our local Waterstones earlier this year and she said she’d just written the book she’d wanted to write for 12 years – After the End (although at Waterstones she was actually talking about her collection of writing – A Cotswold Family Life).

Twelve years ago, Clare and her husband were faced with the most awful decision a parent could ever make – whether to let their critically ill son die. Although not based on her own experience, After the End was inspired by it. I knew I had to read it, but I thought I would have a long wait until it came out in paperback. But then good old Sainsbury’s came up trumps – with a bargain hardback.

After the End isn’t a thriller like her other books. The only thing it has in common with Clare’s other novels is her brilliant writing. It’s similar to a Jodi Picoult, but better. I really like Jodi Picoult, but some of the more American aspects of her writing grate on me a bit.

In After the End, a married couple, Max and Pip, are faced with the awful decision of whether to let their beloved two-year-old son, Dylan, die. Dylan has been ill for many months and isn’t getting any better. Should they try an innovative treatment? Would it give him any sort of ‘life’? Or would it be kinder to let him die peacefully?

While Max and Pip both love their son and each other, they can’t agree on what is right for him. And if they can’t decide, someone else will need to take that terrible decision for them.

The story is written from the perspectives of Max, Pip and the doctor treating Dylan – Leila. It follows Dylan’s time in hospital, the decision and what happens afterwards – after the end. Can Max and Pip ever rebuild their lives?

The narrative was very straightforward, but then it took a surprising turn. How could I forget that Clare Mackintosh is the queen of the twist in the middle of the book? There is even a twist right at the end, which I really didn’t see coming.

This is a brilliant book. I absolutely loved it. I shed A LOT of tears over it. Not just at the end of the book, but throughout the story.

If you’ve suffered a child loss yourself, this is probably a book to steer clear of. But, if not, I would definitely recommend After the End. 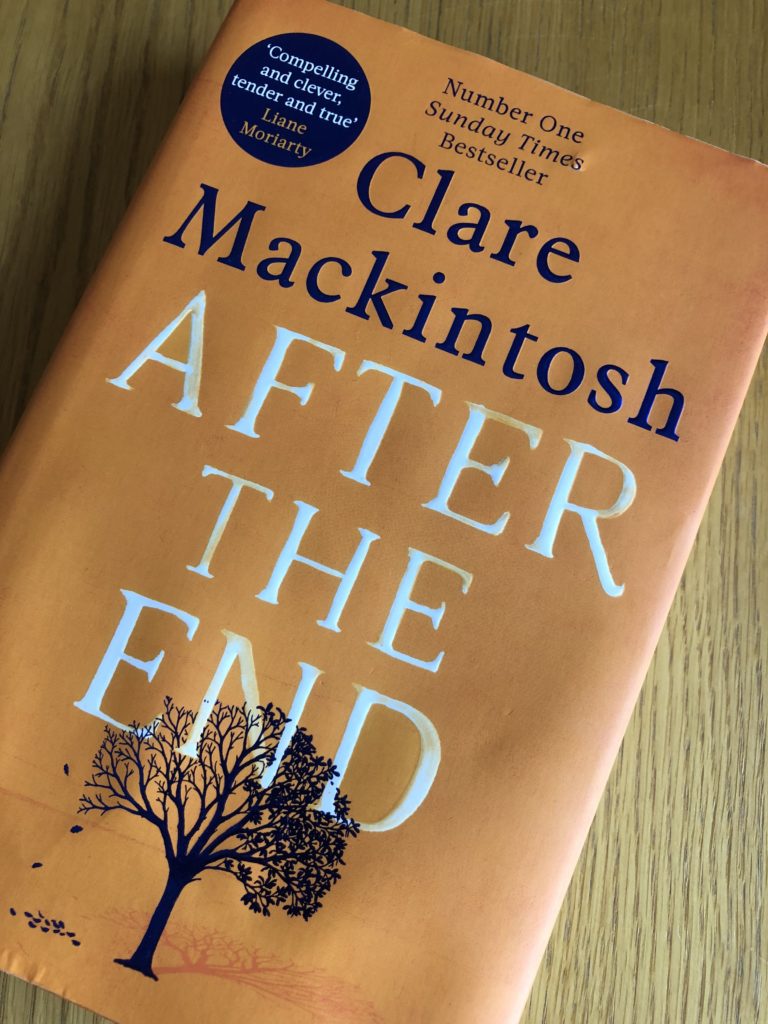