Finding a holiday for three teenagers

It’s not easy finding the right holiday to suit three teenagers. Three teenagers with very different tastes and interests. If you’re the parent of a younger child, I can almost hear you shouting at my blog: ‘Just book it! Don’t consult them!’. Which works fine with a 4-year-old or a 7-year-old, but not so much with a 15-year-old (and his brother and sister).

We do like European city breaks and have been on a few over the years. We went to Barcelona in 2013, and my husband and I took my daughter to Amsterdam in 2015 (the boys were on Scout camp). Then we all went to Rome in 2016 and Copenhagen last year. We like to be active on holiday. We like to explore, see new things and walk a lot. City breaks are perfect for that.

But my daughter has the urge to have a ‘normal’ holiday, like her friends. Hot weather. A beach. A pool.

I’ve had one holiday like that in my entire life – my honeymoon. We did some exploring too. But I felt the whole ‘beach and pool’ thing was overrated. I’ve never been one for sitting around. I actually don’t LIKE relaxing.

Of course, we could just stay in the UK. We’ve been to Padstow every single year since my eldest was born and I love it. To me, it feels like home. But my eldest is fed up of it (we actually left him on his own when we went on a flying visit there earlier this year) and even my younger son is going off it.

My eldest is 18 now, so technically he doesn’t NEED to go on holiday with us, but of course he’s hedging his bets.

‘Do you want to come on holiday with us?’

‘It depends where you’re going.’

Put simply, if we’re going to the UK or going somewhere hot to sit around a pool (which we will never do), he’s not coming. If we’re going somewhere interesting, he’s coming! We could be mean and just book a holiday in Devon and save our cash – cheaper holiday and one less person – but that would be cutting off our nose to spite our faces.

After much discussion, we have decided on a few days in Nice. I went to France a lot in my teens and early 20s, but always Brittany, Normandy or Paris. I’ve never been to the south of France.

It’s a European city break (win!). But it is also hot and has a beach (a bit more like the ‘normal’ holidays my daughter craves). If my eldest wants to do something different from us while we’re away, he can. He’s an adult.

My family aren’t that keen on hot weather, so it will be interesting to see how they cope with the heat of the south of France. None of the previous city breaks we’ve done have been in the height of summer – Barcelona was in May and Rome was in October. It will be one of my hottest holidays ever – after the aforementioned honeymoon in Thailand and our disastrous trip to Lake Garda in 2010.

I’ll let you know how we get on. If there’s arguments or moaning, we will just go back to Padstow next year. And leave my eldest at home! 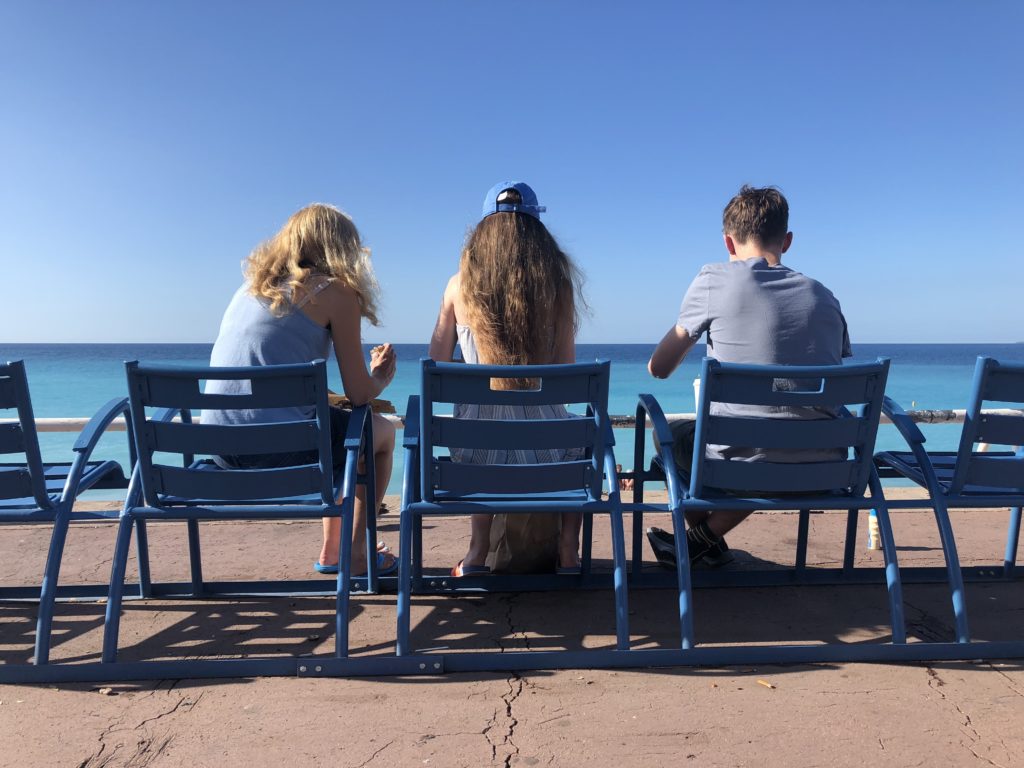