My daughter and the scary book

Home » Family » My daughter and the scary book

Regular readers will know that my daughter is a huge Jacqueline Wilson fan. But she has read nearly all of her books now and is starting to get a bit old for them. So we’ve been looking for new books for her to read.

Last year, she read Letters from the Lighthouse by Emma Carroll. It is set in World War II (something she is interested in) and is a bit of mystery. She’d never read a mystery book before, but really enjoyed it. So she started broadening her horizons, and heading away from the 9-12 section of the bookshop and into the Teenage section. She picked up a couple of books that sounded intriguing – one with a mystery element and one set in a concentration camp during World War II – The Red Ribbon by Lucy Adlington.

My daughter had previously read The Boy in the Striped Pyjamas, so I had no concerns about her reading about a concentration camp, particularly given her interest in World War II. I even thought I might introduce her to The Tattooist of Auschwitz next.

The Red Ribbon is a very good book and we were both really enjoying it, in that strange way you do ‘enjoy’ a book about a concentration camp. We were three-quarters of the way through it and I was pretty certain the main character was going to survive. This is a children’s book, after all. But her best friend had died.

My daughter and I read books together. She reads a few pages in bed, then I read a few pages to her before she goes to sleep. She always struggles to get to sleep and having me read helps to settle her. We enjoy sharing books together.

During the Christmas holidays, she was going to bed a bit later and I had got into the habit of reading to her, then going to bed myself straightaway. I had finished reading to her, and was literally in my bedroom plugging in my phone in ready to go to sleep, when my daughter appeared.

“I don’t want to finish the book.”

But we’d nearly finished it! As an avid reader, the idea to me of not finishing a book is something I can’t even contemplate. I ALWAYS finish books, even ones I’m not enjoying much.

We had to watch a big chunk of The Undateables Christmas special (which we’ve already watched loads of times) to calm her down. She went to bed, but was back out in seconds. The thinking and the shaking started again. She was in tears. Scared of the book. Scared of the shaking and scared of feeling scared.

By this time it was 11.30pm and, with my sleep problems, I couldn’t stay awake any longer, so she slept on our floor.

She was OK in the morning, but after a bit of time on her own, the shaking started again. She couldn’t stop thinking about the book, and a dream she’d had that we were all in a concentration camp. She needed to distract herself until the thoughts went away.

She found herself shaking and tearful several times during the day and was unable to sleep on her own again. I was concerned it was going to go on for several days, although I didn’t show it. She was worried too. Luckily, it only happened once very briefly the following day, and she was able to sleep in her own room.

I read more of the book, because I wanted to be able to tell her that the main character had survived, so that maybe she could get some closure on it. And it turned out that the best friend had survived too – she had been taken away from the camp on a train and hadn’t been gassed.

However, I think we need to steer clear of the Teenage section of the bookshop for a bit longer…

If anyone has any suggestions of books suitable for a sensitive 12 year old girl to read before bed (definitely no fantasy!), please let me know. 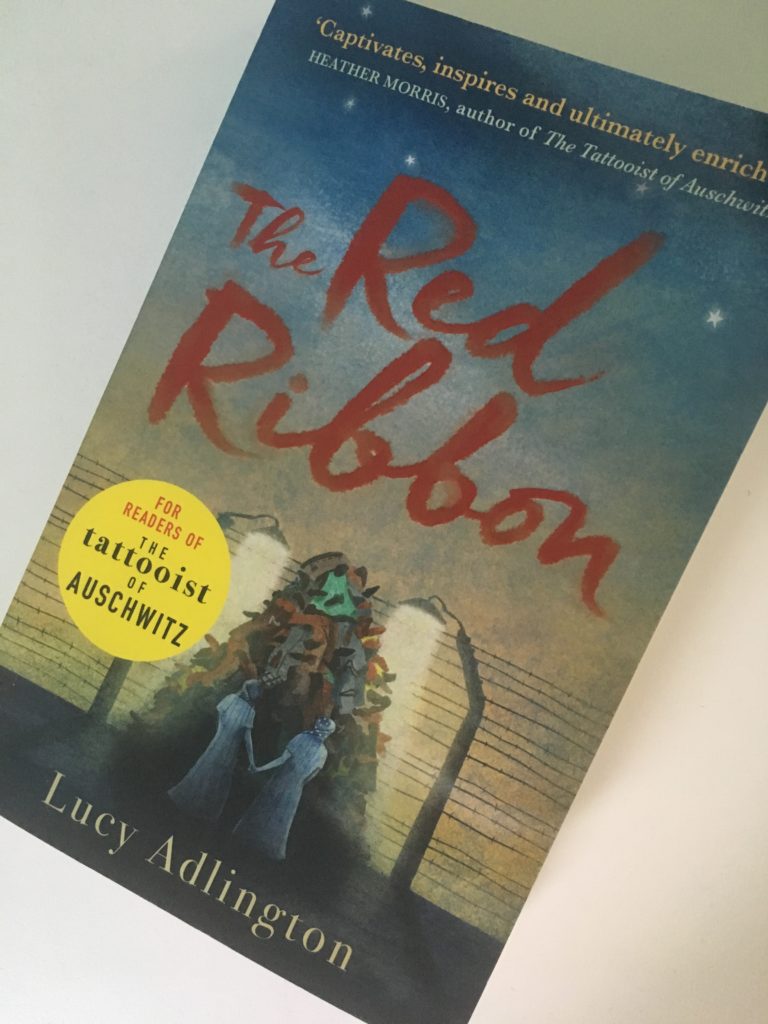