Parkrun takes place at 9am local time every Saturday at hundreds of parks and open spaces around the world. Always 9am on Saturday. Them’s the rules. But event organisers (who are always volunteers) have the flexibility to run an extra event on Christmas Day and/ or New Year’s Day.

I’ve run Christmas Day parkrun at our home event for four consecutive years and it’s one of the highlights of the whole day for me. But a couple of weeks ago, I wondered if I could also do a New Year’s Day parkrun. I know our home parkrun doesn’t do an event on New Year’s Day, but would there be one nearby?

And as soon as I’d had that thought, I wondered if I could do a double parkrun on that day? Doing a double parkrun on New Year’s Day is quite a big thing in the parkrun community. Organisers have the flexibility to start events any time between 8.30am and 10.30am, which means it’s possible to run two. But would there be two nearby? I thought the only way it could work would be if two (of the three) Gloucester parkruns were on.

After four and a half hour’s sleep for me, six and a half hour’s sleep for my husband (and a few pints), we drove down to Stonehouse, near Stroud. The course is on a playing field on the edge of an industrial estate (the one we run round on Stroud half marathon). It’s not exactly an attractive course. The place was packed out with runners from across Gloucestershire wanting to tick off two parkruns for the day. There were 140 runners, compared to an average of around 65. 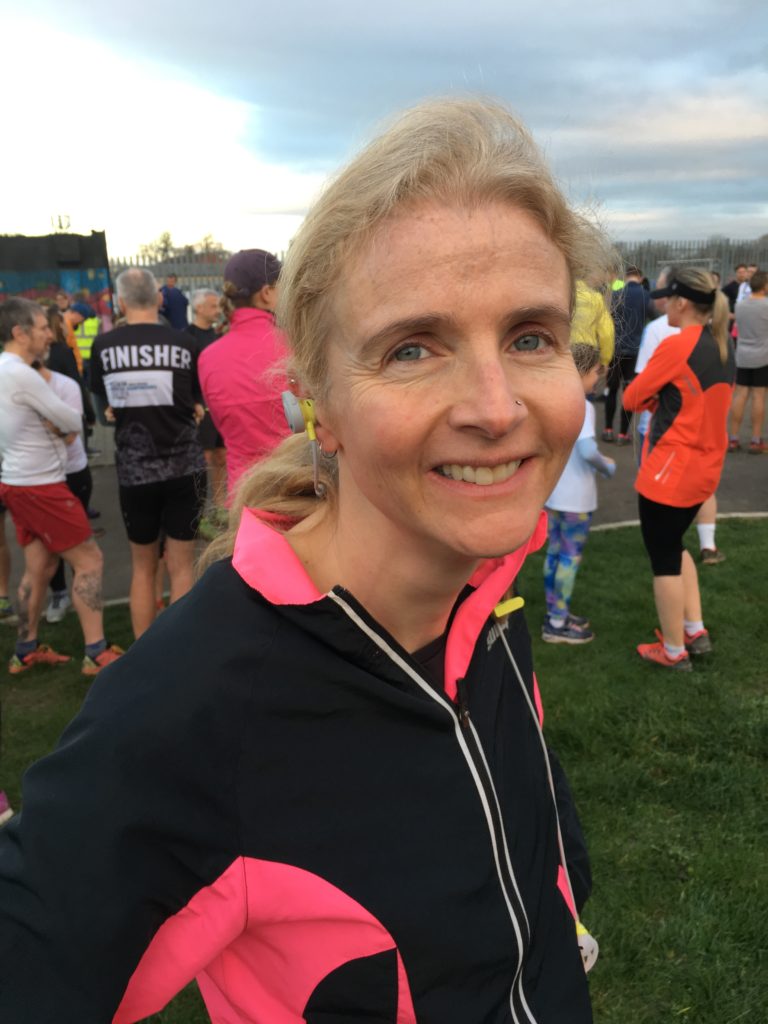 The course is four laps, which I like as four laps always seem to go quickly. It’s entirely on grass, so quite muddy in places. The start is difficult, because there are a couple of tight turns, which was made harder by starting a bit too far back in the field. I quickly caught up with my husband and ran with him pretty much the whole way. Neither of us could go any faster to get ahead. I was very pleased to cross the line just one place behind him, in a time of 23:23, which is slightly faster than I’ve been running lately.

Then it was off to Gloucester.

There was no pressure for Gloucester. I didn’t mind how fast I ran, I just wanted to run two parkruns in one day. Gloucester City parkrun is based in Gloucester Park, which is right in the centre of the city. It’s a much more attractive course than Stonehouse and all of the volunteers were really friendly. There were far more people running – 437 of them (compared to about 120 usually) in fact. Some had run at Stonehouse, there were people from other local parkruns just wanting do one run for the day, plus the regular Gloucester City runners.

The course was also four laps, with the first lap being a bit shorter. There was quite a narrow path, and the start felt a bit congested. I felt really strong and didn’t feel that running the previous parkrun was holding me back in any way. I soon caught my husband up, then overtook him. I really felt like I was flying. I crossed the line in 75th place in a time of 23:17.

I was so happy to have run two parkruns in one day and so pleased to have kept up a good pace for both of them. I didn’t feel in the slightest bit tired. The buzz was as good as the buzz I feel after running a half marathon. I think I’ll be running two parkruns every New Year’s Day from now on… 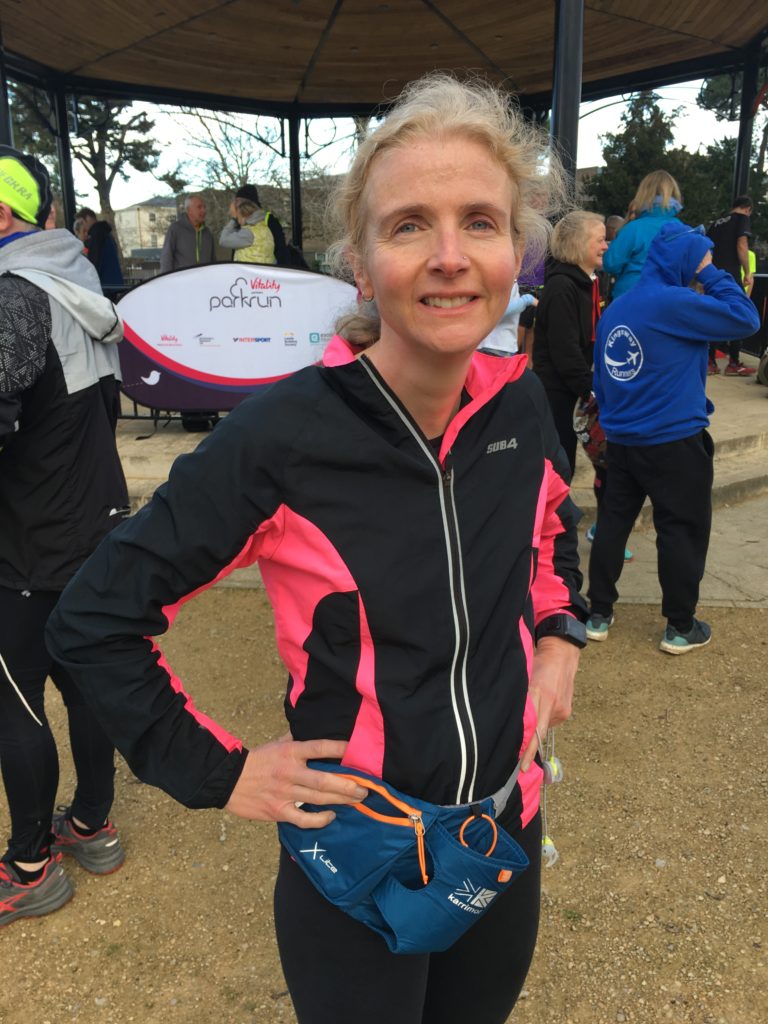