My husband started football coaching when my son was playing for under-7s. He took over the team completely in the under-8s season and coached the team right through to under-12s.

Coaching a football team isn’t easy, especially when you’re managing the team too. As well as the actual training of the kids, you have to deal with the local FA league, the referee, the parents and the opposition managers. You have to deal with kids who muck around and don’t listen, kids who drop out of games at the last minute, parents who don’t reply to emails etc etc.

And every week, you need to get 11 kids (and preferably two or three subs) on a pitch to play a match.

Coaches and managers do all of this on a voluntary basis and I think sometimes other parents don’t realise this – or simply don’t care. Coaches and managers aren’t babysitters and they appreciate it when parents help with things like taking down the nets or, at the very least, arriving on time to pick their own kids up. But often this stuff falls to the long-suffering coaches.

At the end of the under-12s season, my son’s team was floundering. They needed to have 11 kids on the pitch for under-13s (it’s nine kids at under-12s) and they were struggling to get nine kids along for a match some weeks. So the team folded. It was a sad day for both my husband and my son.

But my son found a new team, where he has grown as a player. In his first season with the new team, he was top scorer in the league.

And my husband? He enjoyed just being a fan. He liked going along to games without worrying about how many kids were going to be there, whether the pitch was waterlogged or whether there would be a ref.

But when the manager of the new team stepped down at the end of last season, because his son no longer wanted to play, there was only one man going to put himself forward for the job.

Luckily the old assistant coach is still there and he’s stepped up to be manager, to deal with more of the admin side, as well as the coaching. My husband is the assistant coach, although his name goes down as coach for some things because he is FA-qualified. They make a great team. My husband is enjoying coaching again and the kids are enjoying working with their new coaching team.

It hasn’t been an easy start to the season. The team are in a league with some very strong teams. After a resounding victory in their first game, they’ve had some pretty dramatic defeats. There’s not a lot of fun to be had in losing 8-1.

It’s not good for morale and one boy has already decided to quit. With the inevitable one or two who are either ill or busy with something else at the weekend, the team is starting to look rather like the old team in the under-12s season. Playing an entire game without subs puts a lot of pressure on the boys and leaves them susceptible to injury – particularly boys like my son who are playing a lot of other sport with school too.

But, despite this, my husband is happy to back to coaching. With the boys growing up fast and getting different interests, not to mention the pressures of exams, it’s not clear whether it will last just this season, two seasons or right up until under-18s. But I know my husband and son will see it through for as long as it does last. 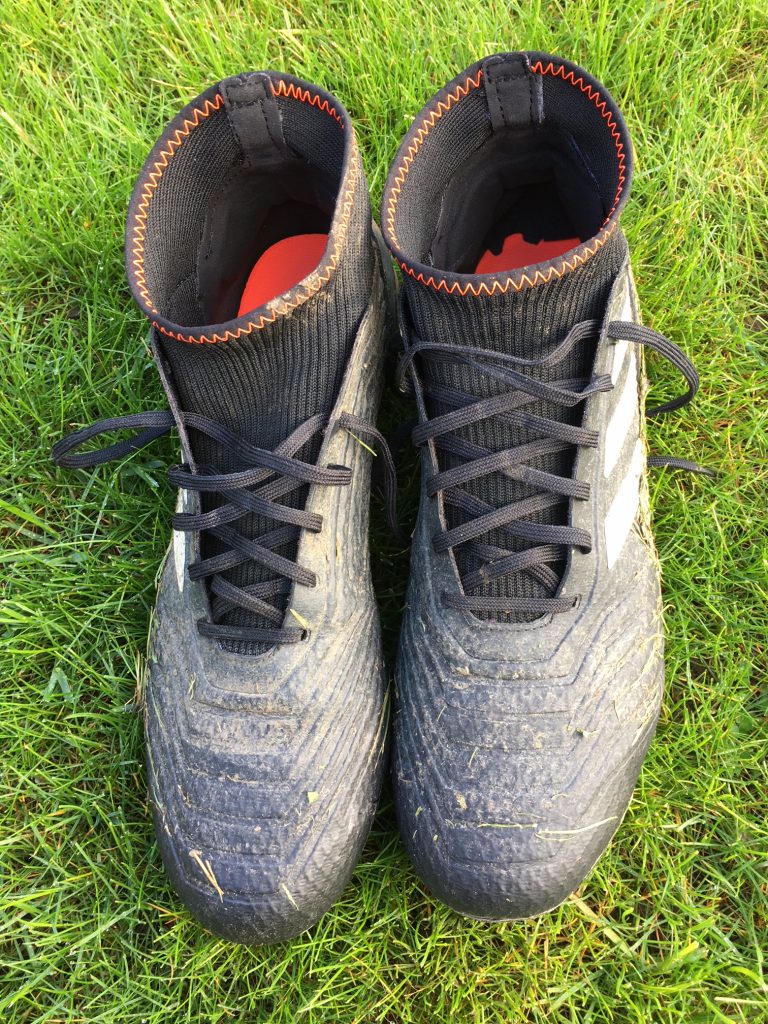